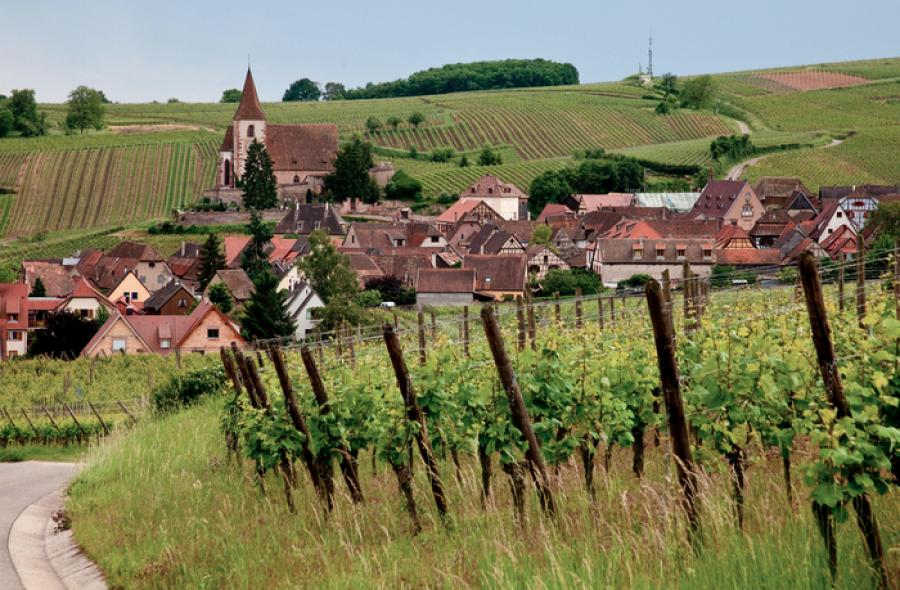 This article was written by Rosemary Maher from The University of Leeds, published on 21st September 2015 and has been read 4929 times.

France Living and working in France Language Assistant Where should I go? Leeds Uni Alsace

Rosie Maher studies French at the University of Leeds and spent her year abroad as a language assistant at Lycée Blaise Pascal in Colmar, France, which she documented on her blog. Here's why she thinks you should follow in her footsteps!

Alsace is often overlooked as a year abroad destination, in part due to the fact it is the smallest region in metropolitan France but also because many believe it to be distinctly Germanic, both in terms of its accent and its way of life. Here’s why you should pick Alsace, and not be a sheep following the rest of the flock to la ville lumière (a.k.a. Paris.)

You may have heard of Strasbourg and its beautiful Petite France neighbourhood; perhaps you’re a wine connoisseur and have heard of Colmar, a key location on the Route des Vins which links many quaint towns and villages on the edge of the Vosges and which was also said to be the inspiration for Howl’s Moving Castle. Besides these two picturesque towns, there’s also Kaysersberg, Riquewihr, Ribeauvillé, Obernai, Eguisheim (one of Les Plus Beaux Villages de France) the entire Vallée de Munster and numerous others. The delightful half-timbered architectural style is something I really miss seeing on a day-to-day basis!

2. It has something for everyone

Whether you’re a history buff or an art nerd (or anything in between) there’s something for you. Alsace is a region steeped in history: from WW1 battlefields and trenches, to the only concentration camp on French soil, there’s sure to be something for anyone with even the slightest interest in history.

Strasbourg is filled with museums – I’d particularly recommend the Musée Alsacien (a must-see for anyone interested in traditional Alsatian life) and the Musée des Arts Décoratifs (akin to visiting a stately home, but much less time consuming!) Strasbourg’s museums are free to visit on the first Sunday of every month; the same offer also applies to the Cathedral’s viewing platform (which offers stunning views across the Alsatian plain towards the Black Forest!).

Colmar is also home to several museums, the Musée Unterlinden being the most well-known; it’s currently being redeveloped so at present a selection of the artefacts (including the remarkable Retable d’Issenheim) can be viewed at the Église des Dominicains. The Vosges national park is a true hiker’s paradise; in the winter months it’s also possible to faire du ski (very cheaply!).

Whether you’re a festive fanatic or not is neither here nor there; Alsatian Christmas markets are simply the best. In Alsace, Christmas markets are everywhere and each and every one is magical. Colmar, the region’s second biggest town has five; Strasbourg, the veritable capital of Christmas has over twice that. Smaller towns tend to host Christmas markets on weekends only; the medieval-themed market in Ribeauvillé is fantastic (though I chose to give the pigs in blankets stuffed with cheese a miss!) In Breitenbach (Haut-Rhin, as opposed to the other town with the same name in Bas-Rhin) the Christmas market is held in a former brewery – a somewhat unusual setting with a unique atmosphere.

4. The accent is clear and understandable

Contrary to what many may believe, I found the Alsatian accent easy to understand. Everyone I encountered spoke clearly and the accent never caused me to completely misunderstand what someone was saying. A clear, comprehendible accent is key to developing your linguistic skills – after all, if you can’t understand a word anyone is saying, you’ll potentially be less inclined to make an effort to speak in a foreign language.

5. The people are friendly

This is a slightly subjective point, however I think it’s worth mentioning that Alsatians are welcoming and friendly – and nothing at all like the stereotypical image of French people being slightly standoffish. Lots of my students would wave and say ‘hi’ when I passed them in the street; one even took me on a tour of the Christmas markets. Although I had times when I felt lonely or isolated, it was never a result of the people. They say it’s the people that make the year abroad so memorable and special and I have to agree.

6. There are fewer English speakers

Head to Paris, and you may struggle to avoid being ‘Englished’; in Alsace, particularly in the more rural towns and villages, it’s much easier to practise your language skills on the locals. The only time when you may be treated as a tourist is during the Christmas markets – but even then it’s possible to continue practising your French.

7. It’s really easy to get around

The TER (train express régional) is reliable and efficient: it’s approximately thirty minutes on the train between Strasbourg and Colmar, and twenty-five minutes between Colmar and Mulhouse, the region’s second biggest commune. I’d recommend getting la carte Tonus Alsace (a regional railcard) if you plan on travelling a lot; it gets you 50% off all regional train fares (on every day of the week, even at peak times) and costs €19 for the year. To give you an idea of the savings made, it cost me €12.60 for a return Colmar-Strasbourg with a railcard vs. €25.20 without.

For towns not served by rail, there are plenty of bus services; you can even take the bus from Colmar to Freiburg (change to a train in Breisach, just across the German border.) For travelling further afield, the region is also served by two airports: Strasbourg (accessible by train from Strasbourg) and the Euroairport Basel-Mulhouse- Freiburg (accessible by bus from St Louis, the nearest station in France.)

8. The cost of living isn’t extortionate

Compared to Paris or the popular Côte d’Azur, Alsace is actually quite affordable. Being close to the German border, supermarkets such as Lidl offer a way to shop on a budget; I found that the fresh fruit and vegetables from Lidl was of a much better quality than the equivalent products in the nearby French supermarket, Hyper-U. In Colmar, the two cinemas are reasonably priced – morning screenings at the CGR are €5.70 (otherwise €6.10 for students), whilst Le Colisée is €5 for students for all screenings.

On the eating-out front, meat was a significantly more expensive option in many restaurants – though tarte flambée, the regional speciality, was a reliably cheap option (a basic one, with onions and crème fraiche usually set you back around €7.)

9. It’s home to some of France’s best vineyards

From the off, I’ll admit I’m not really a fan of wine. However, for those that are: welcome to wine heaven. The Route des Vins is the ultimate wine tour of the region; plenty of vineyards offer tastings. Naturally, said wine is also priced perfectly for students’ budgets in the local supermarkets.

Shamefully, I never quite managed to face choucroute (the infamous cabbage dish with sausages and other charcuterie) but I did develop a love for pretzels (both salty and sweet), a preference for tarte flambée sucrée (over standard, savoury tarte flambée) and become a huge fan of pain d’épices. That’s progress for a picky eater, right? The tourte de la Vallée is a delicious speciality from the Vallée de Munster, which also produces a particularly strong cheese. Another popular option is raclette – similar to a cheese fondue, it involves melting cheese and then pouring it over potatoes and meat.

How to pack for a year abroad