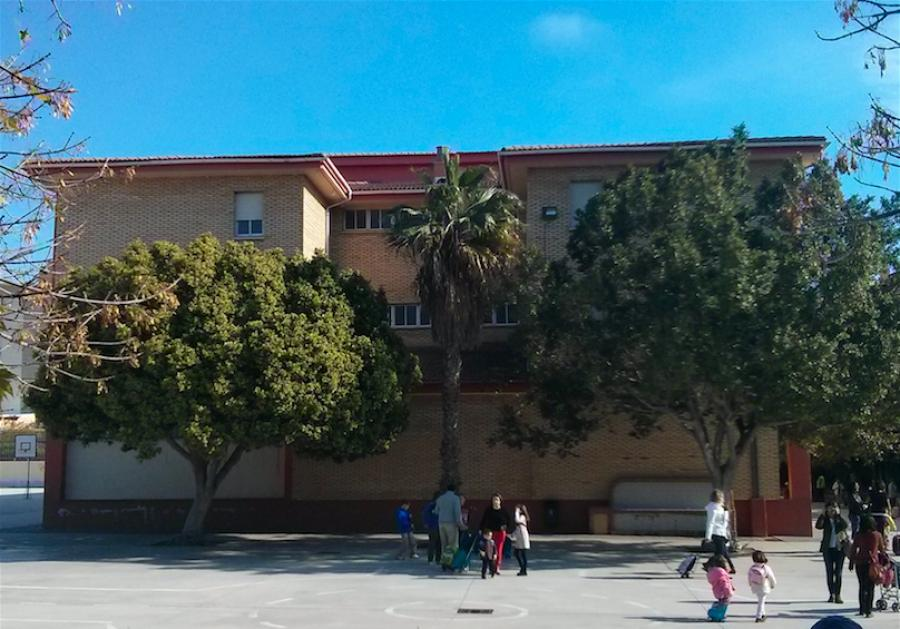 The School by Mish

This article was written by Global Graduates, published on 30th January 2014 and has been read 32847 times.

Teach abroad Language Assistant Málaga
Nothing really eventful has happened with the actual being in Málaga thing, still loving it here, got lots of great friends and seeing cool things all the time. Going back to the original point of this - the actual being an English Language Assistant thingy - I started back at school again on 7th January, after what I felt had been 3 pretty successful months considering my hideous Spanish upon arrival and my lack of teaching skill/rapport with children.

Nothing really eventful has happened with the actual being in Málaga thing, still loving it here, got lots of great friends and seeing cool things all the time. Going back to the original point of this, the actual being an English Language Assistant thingy. I started back at school again on 7th January, after what I felt had been 3 pretty successful months considering my hideous Spanish upon arrival and my lack of teaching skill/rapport with children.

High points being my two fourth grade classes in a row on a Tuesday, who smile and greet me with excitement when I enter the class, and understand what I'm saying and enjoy my lessons, another one being making friends with two first grade teachers, Mónica and Eli, the former only being a supply teacher while the original teacher was off ill last year. Low points being when my coordinator decided last year to interrupt a conversation I was having with two teachers in English to tell them in Spanish to "please stop talking to Mish in English, you need to talk to her in Spanish because she can't speak it at all, let alone understand it." Very upsetting as at that point I felt my Spanish had really improved, especially since she only speaks to me in Spanish. Another low point is the fact I am not allowed in the English classes; the only class I do is "Conocimiento del medio" or "cono" - basically Science with a bit of health and social thrown in there. I went into a first grade English class in my first week, since I had got lost and nobody could tell me where I was supposed to be, and the very kind English teacher Manuel invited me in with open arms. At the end of the class, the husband of my coordinator who had turned up in the middle of the class approached me and told me that I "should not be here. You are not supposed to be in this class, it is not appropriate."

For the first 2 months of my placement I had no idea that my coordinator and her husband even spoke English, since every interaction I'd ever had with them was in Spanish, and if I ever spoke English due to lack of vocab knowledge they both would look at me blankly. It was revealed to me that actually they teach fifth and sixth grade English, whilst Manuel teaches the fourth grade downwards. I was absolutely gobsmacked.

The fourth graders are by far the best English speakers. I take the whole class alone, I can speak to them at my normal speed and they completely get what I'm saying. If they don't understand, they tell me and I reword my phrases, which they then normally understand. Manuel's teaching ability really shines through here.

The sixth graders however, in stark contrast, don't understand ANYTHING I say, unless it's "Hello." That's genuinely about as much as I can squeeze out of them. The sixth grade teachers for "cono" generally use me to correct them, or to read out long pieces of text. I was given the opportunity in one class to teach a segment - it did not go well. I spoke the same way as I had to my fourth graders and was met with silence, blank faces, and no clue how to proceed.

Don't get me wrong - those classes aren't horrible to be in! I just do less, usually standing or sitting on the side and throwing in a pronunciation every now and then. The teachers themselves are good, and get the children through what they need to know for the exams.

Something that has changed this year however is now that Mónica is gone, 2 of my favourite classes have become my worst. She was put in charge of a first grade class, but the original teacher is a "bilingual" teacher (meaning she can teach science in English) so she had to take a second grade science class too, so I had two lessons a week with her. She would let me teach them the vocabulary or something simple, whilst being on hand to help me out with a translation or a game idea etc. I hadn't realised how difficult teaching first and second grade could be. They barely know their own language, let alone mine. They also speak like children, which I find hard enough in English. But Mónica made it easy, and the kids loved her. Now this new teacher is back, I am expected to teach the class solo. I am not supposed to use Spanish, but often have to since the kids cannot understand me without some Spanish help. I also cannot prepare as I haven't been given the book for these two grades. Now I realise that yes, first and second grade science is pretty simplistic, but it's not the science I need to prepare, it's the manners of teaching, like games or drawing things on the board etc. For example with the fourth grade, reading out loud is a good activity, for help with pronunciation and just vocabulary and things like that. Plus they seem to like it. But you can't call a first grader on pronunciation on every word.

In any case, often I'm left explaining things four or five times to disinterested children, while this teacher sits and does marking. When I ask for help, she looks confused and seems almost annoyed that I'm asking. It's honestly put a real downer on my week. After classes like that you genuinely feel exhausted, and it's not even close to that feeling I get after my fourth graders on a Tuesday. It does make you feel quite bad. I already knew I didn't want to be a teacher particularly, but this has made a dull disinterest into a clear "no thank you."

Vent over. In other news. February is going to be a first for many things. It will be my first Valentine's day in 4 years without a Valentine (unless something truly shocking happens but no-one's holding their breath over here) but more importantly, I will be visiting 3 cities I've never been to before. I planned a surprise for the beautiful Esther then managed to ruin it by telling her directly where we were going. Idiot. So I'm taking her to Melilla, a city in the North of Africa that's technically Spain, which I believe is going to be really interesting. Not only this, but we have taken full advantage of "Semana Blanca" or "White Week" literally translated, which is a week long holiday exclusive to Málaga. So Esther and I are going to Prague and then Vienna with an American guy called David we met a couple of weeks ago, who is using his time in Europe as an opportunity to see all of it apparently. We met in Mañana to book all the flights and hostels etc. Lots of fun and lots of planning-places-I-want-to-see-and-eat-at-while-I'm-there for me in my journal the night before we did it. Yes. Pretty much Monica from Friends. I'm sure most people would want to shoot me for that, but Esther actually appreciated it. I love her.

It's getting warmer again here, but the wind is making me want to die a little bit. Our windows in our flat are very...gappy. So when the wind blows at a zillion miles an hour, we get a series of screechy whistling sounds. All night. Ah, the charms of the Costa del Sol. That pain will be alleviated when the gorgeous Vivian moves into a room here, replacing one of the two housemates who are only spending one semester here at the University. The next 5 months are gonna be sweeeeeeeet!