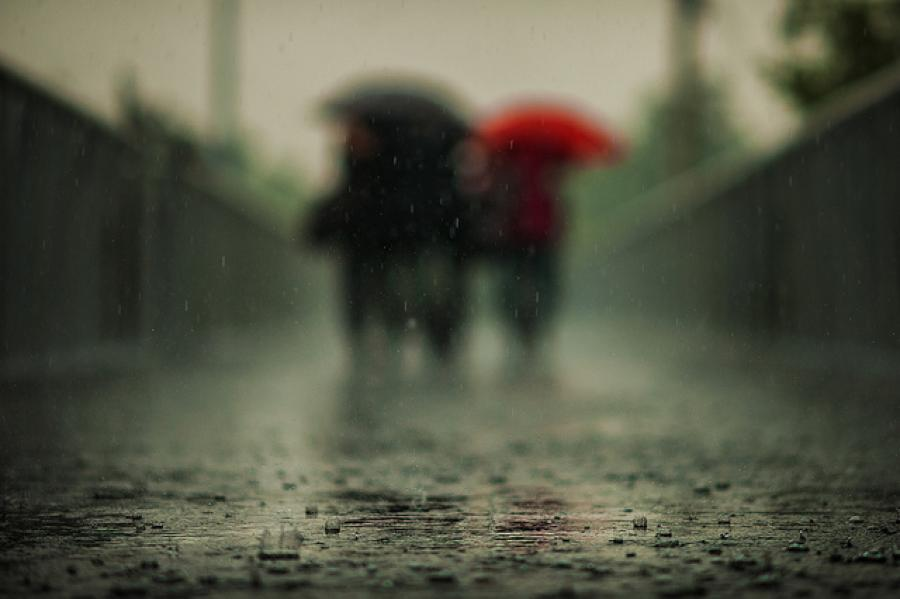 This article was written by Hannah S, published on 20th January 2015 and has been read 6653 times.

Hannah has been spending her year abroad in China and France and is blogging about her experiences. In this extract from her blog, she tells us what it's like to suffer from a mental illness on your year abroad.

So Christmas has been and gone and it was lovely to spend it with my family as this year more than any, I have really needed them. Having decided not to complete the final 5 weeks of my assistantship programme, I went back to my little village in France to move my things out. I have been suffering from depression for several months now and unfortunately it has had quite a profound effect on my year abroad.

In France I saw a doctor, a mental health nurse and a psychologist who were all really helpful and I could not thank them nor the French health care system enough. Over the 3 months I was in France, I had a lot of ups and downs (as people would anyway), but they were exacerbated by my brain's inability to see things positively. I was determined not to let it ruin my time in France but by early December it had got to the point where I spent the night in hospital because I couldn’t trust my own brain.

Over the Christmas holidays I had my medication changed for the third time and referred myself for Cognitive Behavioural Therapy (CBT). I don’t really know what it is but it was my GP’s first suggestion and I had my first appointment this Tuesday just gone. It was interesting to say the least and it aims to help tackle your fears at your own pace. People have told me that the aim is to help you to understand your brain's behaviour and to teach you that basically having thoughts is not a crime.

Alongside the depression, my experience in China earlier this summer has left me with a lot of anxiety and fear. I fear being alone, even if I am just washing up or showering, I fear going out or getting on public transport. I think all of this is because I was completely alone when I was in China, having a bladder infection with nobody around me that I knew. The company didn’t give a sh** to put it bluntly and when I returned back to England over the weeks that came after I realised that it had affected me far more than I thought it had.

It is a hard lesson to learn realising you’re not superwoman, especially for me, a textbook control freak who had so many stars in their eyes about the year abroad. I am due to return to China in March but I am not ready to go back and face it at the moment. Although, I have a huge dilemma as I don’t want me not going to symbolise defeat and I do not want mental illness to stop me from doing the things I had planned for myself. That said, I have so many worries about what could happen in China and I don’t want to put pressure on myself when it’s not due. It is one of those things though where people will say “you’ll regret it if you don’t go”; well I will but will I regret it more if I go and then come back because I couldn’t cope.

I have thought of everything. The fact that if I don’t finish my year abroad then I can’t finish my degree and if I can’t finish my degree what is the point in my life? All these years through education wasted because of a little wobble. Although, after several months seeing a psychologist, I am more inclined to say (I still sometimes don’t believe it 100% of the time) that you have to look after yourself above anything else. Don’t treat your mental health as though it isn’t worth anything. I don’t particularly like this analogy but it makes sense: if you cut your leg, you would look after it and let it heal. If you had a cold you’d get in bed and give yourself the time you needed to get healthy. It is the same with the brain although it takes A LOT longer and is torture at points - your legs don’t actively think negative thoughts.

I had a major fear of mental health looking back on it - I tried to empathise but I really couldn’t. I was just happy in the knowledge that I was happy and that was it, completely taking for granted a time when I could watch TV with full concentration, when I wouldn’t have to cry for 20 minutes before going to a New Years Eve party for fear I would lash out and have a panic attack in front of everybody. I don’t really know why I care whether other people judge me, it is perhaps because I judge myself so harshly on how much my personality has changed over the past few months. I don’t want people to see how I have changed, how I sometimes think, I have changed for the ‘worse’.

I am in more of a position now to look towards the future than I was a few weeks ago. My new medication has helped to take the edge of the anxiety, allowing me to gain a little perspective on my everyday fears. I have agreed with Paul, who takes me for CBT, that I will try and spend at least 20 minutes alone everyday to feel the fear and live through it. It has only been a few days but I am looking forward to the coming sessions. I feel safe in England and I didn’t at points in France, even though I knew that nobody was going to hurt me. I didn’t trust myself which was the worse thing, and I still don’t at points. Thoughts come flooding into your brain and you really don’t know which ones to trust or which ones are actually you thinking them.

There is a difference between homesickness and anxiety but it is important to know and recognise the difference between the two and to not have fear about asking for help, no matter how strong a person you think you are. I have had to learn how to feel emotions and accept that I am not happy. I never cried and now I do nothing but.

A lot of people are very surprised when I tell them how I have been feeling and it is very hard to hear as I am still surprised myself, 6 months later. As miserable and as hopeless as I can get though, some part of me really wants to get better. My mood rises with the medication and a more positive outlook then the next day, hour, minute, second, it comes crashing down like a ton of bricks and I feel like I am back to square one. I lose all hope and I cannot see myself in the future at all. Then over the weeks my mood starts to rise again and then it will appear to plummet. This is the hardest part and the part that makes you distrust your brain the most. Mood swings are very normal but not to extremes. You think that you’re happy and then BAM, you could not have been more wrong. You realise that maybe your brain has tricked you into a false sense of security when actually what it is is a healing process. One that takes time, a lot of time. My parents call it taking 3 steps forward and 2 steps back - again, I don’t much like the analogy but it is a nice idea and I really do hope that that’s what taking place.

As per usual, here is to hoping it gets better.