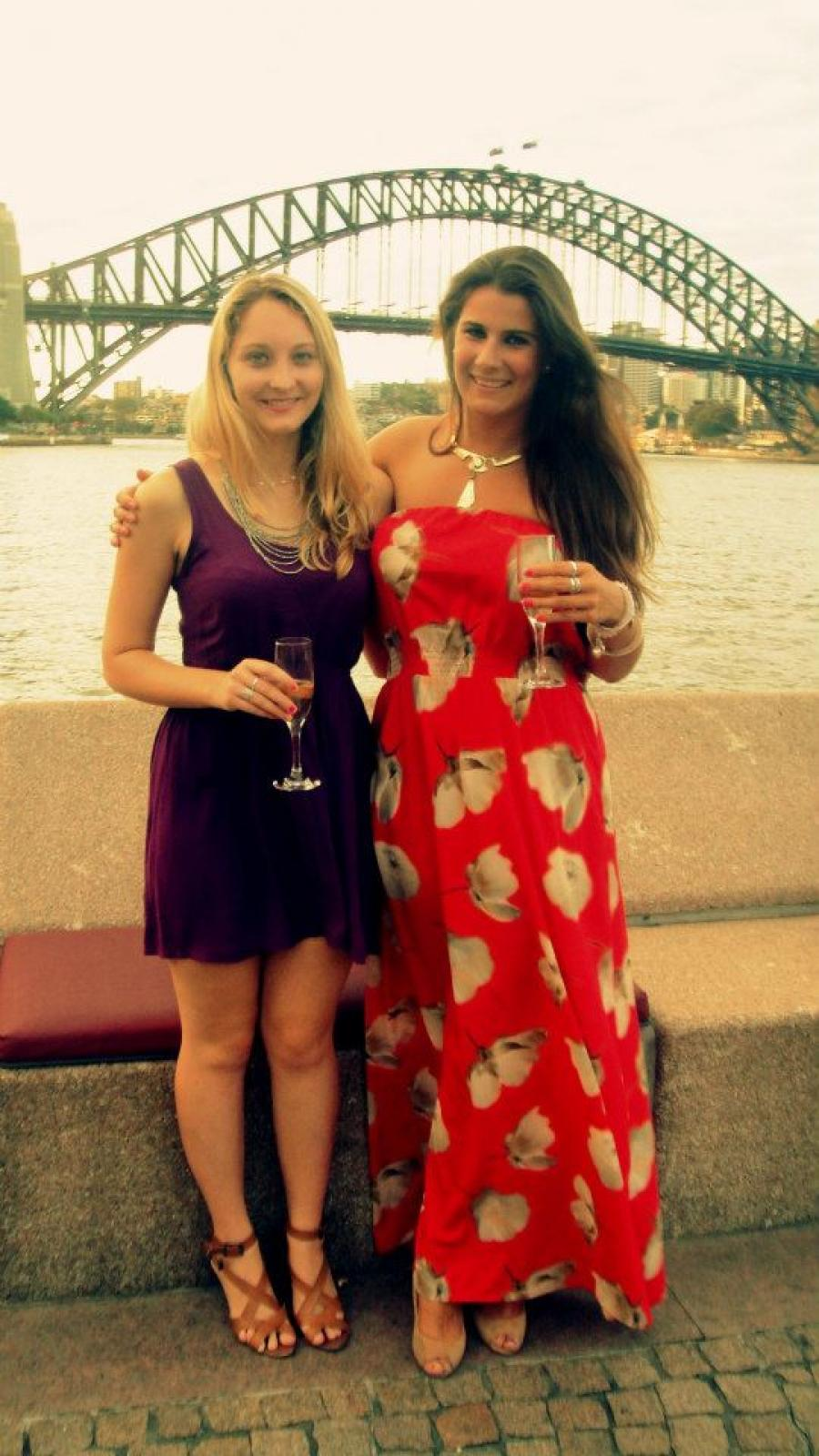 This article was written by Amy Payne, published on 14th August 2013 and has been read 6029 times.

Australia Exeter Uni Sydney
My final blog from my year studying abroad at the University of Sydney, including a video round up of all the best bits, and reflection on some of the ultimate highlights...

I am finally back in England and feel like it's time to reflect on the whirlwind that has been my year abroad. This task is easier said than done for numerous reasons; firstly having been back in the UK for two weeks, the past year feels not only 1,000,000 miles away but like a dream.

Sitting in the English countryside surrounded by the people I love could not feel more natural, like I only left yesterday. It's hard to picture myself sitting on the harbour, in the shadow of the bridge, surrounded by friends I have only known a year but will treasure for the rest of my life. So, where to begin?

It's difficult to explain the ‘gist’ of a year. People have asked me since I've been back: "so how was your year in Australia?" How do you explain a lifestyle in a nutshell? Hopefully the video above gives a pretty good round-up of my year, from packing my suitcase in July 2012 to arriving home in July 2013!

In this blog, I think I would like to look back on a few of my most special memories from the year, and the people and places that have made them. 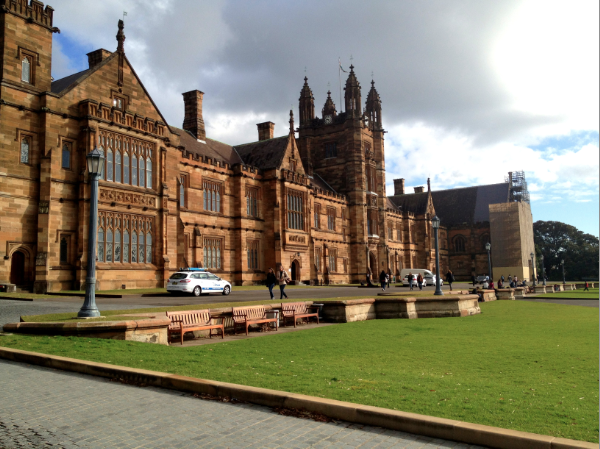 The reason that I went on my year abroad was predominantly to study at the University of Sydney. University provided me with three very important things:

1. Learning outside the box.

The chance to expand my academic experience and to specialise in areas not as widely available at Exeter, for example environmental philosophy and politics. The University offered first class teaching and support and a beautiful campus as a setting.

2. The opportunity to take part in two incredible internships as part of my course. In my first semester I interned at the Nature Conservation Council of New South Wales, a role in which I was involved in high profile campaigns and political lobbying especially in relation to continued coal extraction and coal seam gas exploration in Country NSW. In second semester I took a position at The British Consulate as a trade and development intern, this gave me experience within the British public sector, actually promoting British trade to Australia. The office not only had the best view of the harbour but was technically British soil, with photos of the Queen and Union Jacks everywhere, it felt like going home twice a week!

3. My friend Millie. In my second week of Uni I walked into a lecture having decided that I needed to make at least one friend that day. I scanned the room looking for someone normal and friendly looking and decided to take a seat next to a blonde girl. We soon began chatting and the rest, as they say, is history! After the lecture Millie introduced me to the rest of her friendship group over a late morning beer (in true Australian fashion) and since that moment Millie, Freya, Lara, Soph, Mal and all the rest of 'team Balmain' have become my closest friends and my Sydney family.

Road Trip from Perth to Sydney 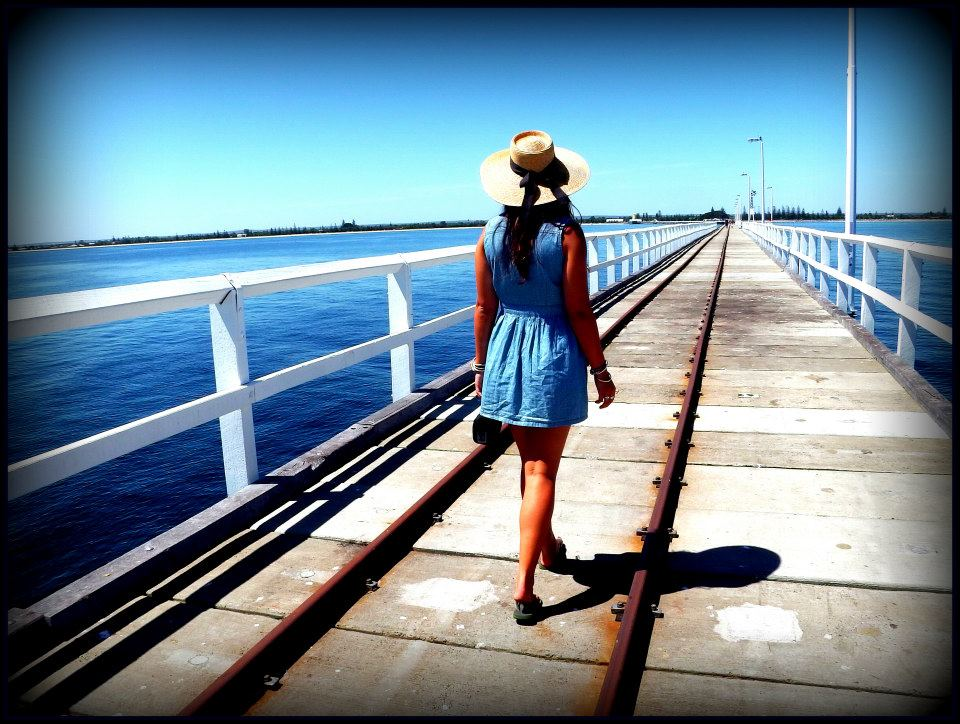 Over the summer university holidays my dad flew out to Australia. However, this was not just any old parental study abroad crashing visit, no, this was an epic adventure which would take us from one side of Australia to the other, from Perth all the way back to Sydney.

When people ask me what Australia is like I often use the adjective 'BIG'. To explain the sheer enormity of the country I like to tell people that my flight from Sydney on the east coast to Perth on the West Coast took a whopping six hours, about the length of the flight from London to New York. I then go on to explain that my dad and I decided it would be a great idea to try and get back from Perth to Sydney on wheels! The road trip was nothing short of legendary, a five-week adventure which included us taking the world famous Indian Pacific train across the Nullarbor Desert from Perth to Adelaide and hiring a campervan to drive from Adelaide to Sydney along the Great Ocean Road, over mountain ranges and along bright orange dirt tracks dodging kangaroos!

The trip involved more beaches and barbecues than you could throw a stick at and was one of my favourite memories from the entire year. 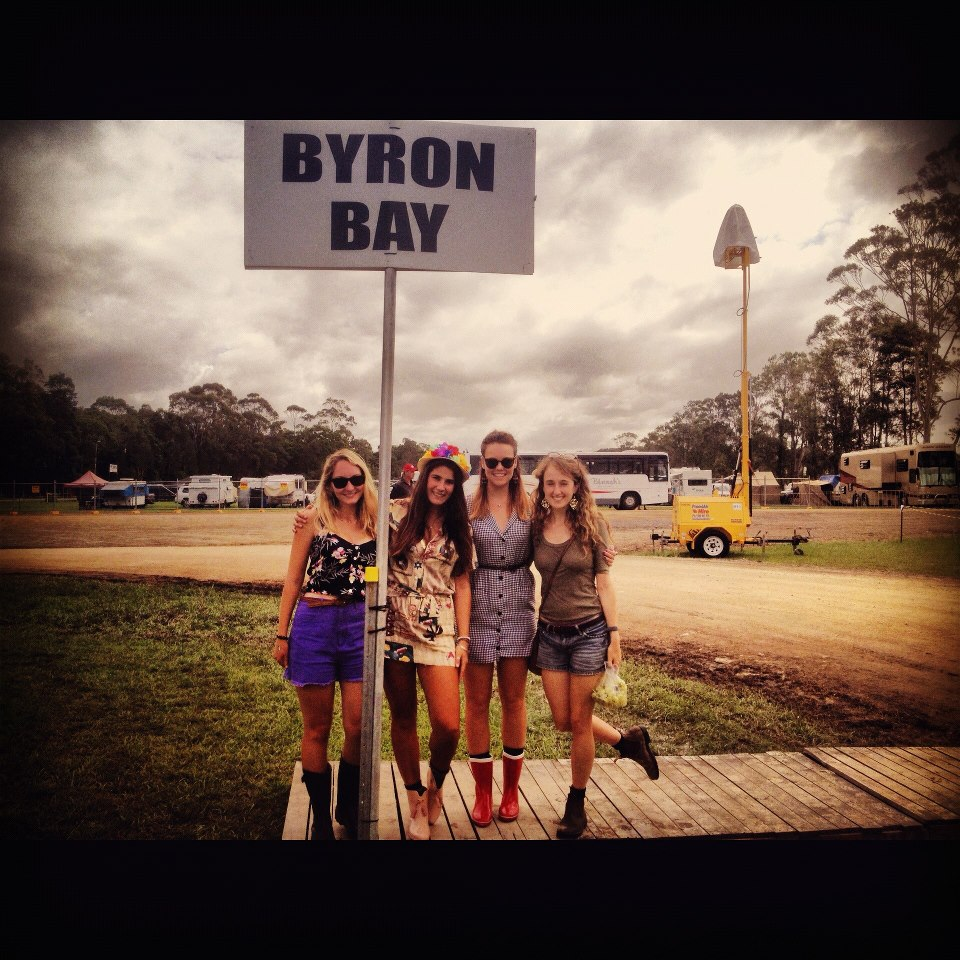 Over Easter my friends Millie, Sophia, Mal and I set off on a road trip North, almost to the border of New South Wales, to the town of Byron Bay. Again emphasising the vastness of Australia, New South Wales is so huge that the trip from Sydney to Byron took us around 13 hours in a car and we were still in the same state! The journey up however was made bearable by our giggling excitement for the weekend ahead. We were going to the world-famous Byron Bay Blues Festival. The lineup was incredible, I had salivated over it for months and eventually Millie and I had to bow to our longing and buy the eye wateringly expensive tickets. I had been to Byron Bay 3 years before on my gap year and had fallen in love with the hippie, surfy atmosphere and could think of nowhere better for an international blues festival to be held.

The weekend did not disappoint in anyway, the music was out of this world, Paul Simon, Robert Plant, Xavier Rudd and the Cat Empire knocked my socks off and the smaller acts were also amazing, Ben Howard, Newton Faulkner and Status Quo did Blighty proud! After 4 days of bopping, jiving and jumping with muddy feet, sunburnt noses and feathers in our hair we wearily made the 13 hour drive home back to city life, storing our inner hippie away until next time! 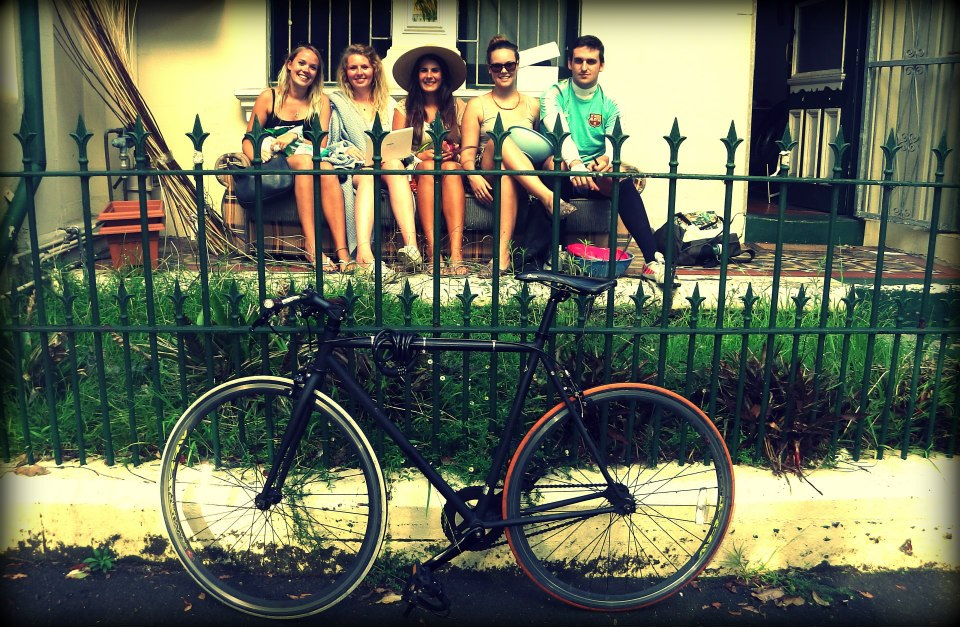 For the last eight months of my year abroad I lived in the suburb of Newtown. I will never get over how lucky I was to find my house there. Strangely, my mum had actually sent me a link to the advert for the room from the UK: worrying about me finding somewhere, she had spent a few hours trawling Gumtree. I went to go and look at the house, and as soon as I walked in the door and was greeted by my future housemate Jay who immediately offered me a beer, I knew this is where I wanted to live.

The house itself was absolutely beautiful, a big Victorian terrace with intricate iron lacing balconies and decorative high ceilings. My housemates Jay and Rory, two Australian boys, were heaps of fun, both really into music and always up for a BBQ and a philosophical deep and meaningful! The suburb itself is undoubtedly my favourite place in Sydney, much like a little Camden attracting all the weird and wonderful arty sorts from all over the city to its multitude of quirky independent bars, cafes and restaurants. King Street, Newtown's high street had everything you could possibly need, and with Uni only a 5-minute walk away, that stretch of street well and truly became my stomping ground and home. It feels very weird to think I won't be dropping into the Newtown Hotel or having a late night trip to Wow Cow with Freya any time soon!

Of course I could go on and on about every little detail of my life in Sydney, but I won't. Not only would it be the length of a large book, but it would not even begin to do it justice. I guess, you had to be there!