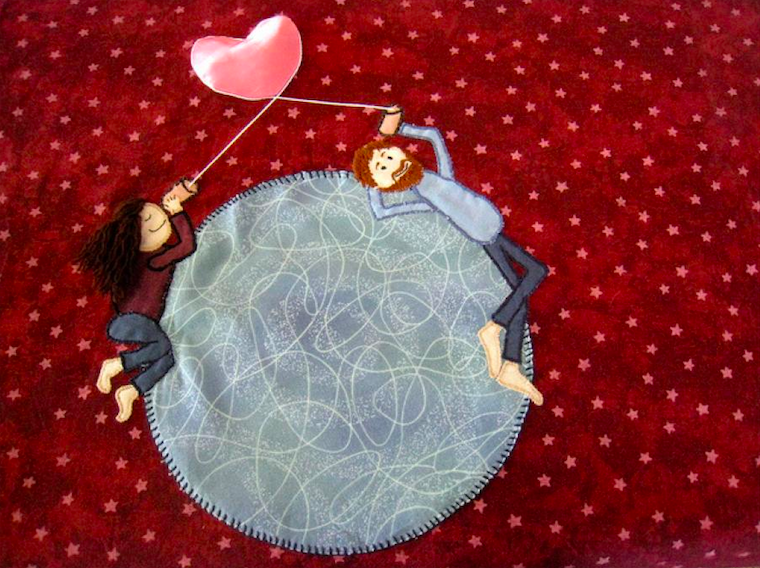 This article was written by Hayley French, published on 19th November 2012 and has been read 16821 times.

Hayley French is currently in her fourth and final year studying French, Spanish and Italian Triple Honours at Bangor University in Wales. She spent a semester in each country and managed to keep her long distance relationship going through the eighteen months she spent abroad, and beyond! Here is her advice for other year abroaders considering the same commitment.

It’s true what they say; love bites you when you least expect it and at the most inconvenient times – that was certainly the case for me. I met my boyfriend when we were in our final year of sixth form a few weeks before we began the dreaded A Levels. Being at different schools meant that we only saw each other once a week, however it worked well as we both had very ‘heavy’ subjects so had enough time to study without distractions. Then along came university. The 6-hour train commute every two weeks became rather familiar, but nothing we couldn’t cope with. Then along came the curve-ball; the small detail that being a language student, I was going to be away on three placements lasting a total of eighteen months. To be fair, I had my reservations as to whether the relationship could carry on, however we decided that rather than breaking up and spending the next few months miserable, we’d give it a go; at least that way we’d know we’d tried. Anyway, I’m not going to lie by pretending it was all a breeze and that the time whizzed by because at times, quite frankly, it didn’t. I think it was harder on me, as I was the one leaving every part of familiarity you could imagine (friends, family, British admin and, of course, Cadbury’s), Tom just carried on as normal at university in Newcastle seeing his friends and doing whatever else uni students do. Anyway, fast-forward eighteen months and I’ve come out the other side and am now battling my fourth year. And we’re still together.

For me, the hardest part was feeling I was missing out on things at home – that’s England for me. He’d carry on going out with his friends, stuff which I used to do too. It wasn’t the fact he was doing it at all, but at times I found myself feeling quite left out even though there was no physical way which I could be there. Then came my friends&39; birthdays etc. – to constantly have to reply to Facebook events with the “I’m sorry – still in Spain/France/Italy then” comment got extremely boring.

It’s definitely true that the relationship has to be strong before you go away in order to ‘survive’ the distance. It’s not for everyone; some will have no issue whatsoever and some will find it unbearable.

Personally, I think the key is communication. Skype is a godsend (even though you will spend hours cursing the low internet speed). You can chat and actually see your ‘other half’ as often as you like so it doesn’t seem quite as long. And it keeps your phone bill down which is always a bonus! Just make time for each other. On the flip side – I fell into the trap of talking too often sometimes. We still speak every day, however it’s nice to actually have something to say to each other rather than “So... what have you done in the past 30 minutes since I spoke to you?” Call it old fashioned, but I am a sucker for letters. Good old fashioned snail mail. Just like the excitement of receiving post at uni (I imagine yours will be the same), knowing that someone you care about has taken the time to write you a letter and post it across the seas to wherever you are definitely warms your heart a little.

I was lucky enough for my boyfriend to visit me in each country. The lovely long British university breaks mean that there’s plenty of time. It makes it that little bit nicer when your girlfriend/boyfriend has actually seen where you’re living. Rather than having to leave it all to the imagination, they know the route you take to your favourite tapas bar/trattoria/bistro. It just makes ‘that foreign place’ seem a bit more familiar.

I went home from each country once during my stay. For us, it was important to arrange things to do during my week/few days at home. Things like going to your favourite restaurant/going for a night out/going to see a film or whatever else makes you tick. Having stuff to look forward to makes it go that tiny bit quicker. It doesn’t have to be expensive stuff – it could be having a picnic in the back garden. Just arrange something.

There are no secret ‘top ten tricks’ to make it work as everyone is completely different. I’d say the main thing is to put things in perspective. Yes, your placement can seem like it’s lasting forever, but in the grand scheme of life, it’s a blink of an eyelid. Whenever you have your “argh I can’t take it anymore, it would be so much easier to be single” moments, just think, would you be feeling like that if you were together? Guesses are the answer would be no...

Where's the best place to study in France, if I get homesick and want to ke...

I went to Paris on my year abroad which could be seen as impersonal and too big, but I made loads of friends.  I'm quite nervous at approaching new people, but I lived in a foyer (like a halls of...

10 benefits of having a foreign lover on a year abroad