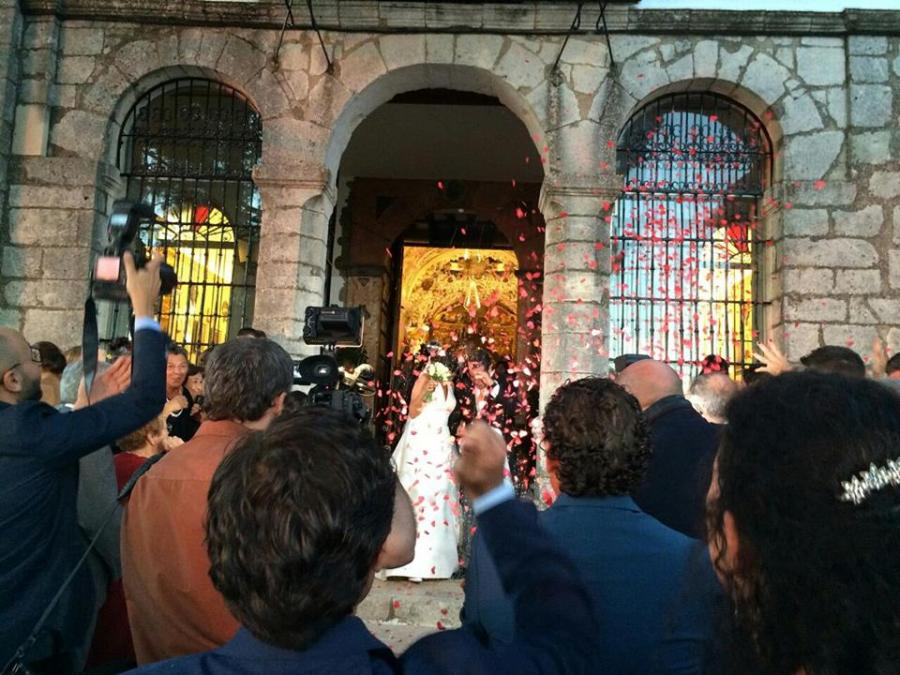 This article was written by Emma Francombe, published on 6th October 2014 and has been read 24325 times.

Spain Madrid Culture Shock Durham Uni Andalucia Culture
Emma Francombe studied English and Spanish at Durham University and spent her year abroad working as a teaching assistant in Madrid, where she lived with a 'remarkable but terrifying' flatmate. Here, she tells us about her return to Spain for said flatmate's wedding and gives us an insight into what to expect from this most personal of traditions.

I was fortunate on my Year Abroad to live in Madrid for nine months, and found an incredible room in a three bedroom flat in the city centre. Whilst the inhabitant of one room changed several times over the course of the year, the other room belonged to a proud Andalucian lady who, despite having spent years in the Capital, hated Madrid, given that her family and future remained in the South. As a direct result of the crisis, many Spanish professionals have been forced to take the positions available, regardless of their location and my housemate was one of those who moved away from her home region to follow the limited job opportunities that Madrid offered.

Throughout my time away in the flat, my housemate was remarkable yet terrifying. Arriving on my first day after A-Levels and 2 years at University studying Spanish, I soon realised that everything I had learnt up to this point was obsolete and that I actually knew nothing about how to converse or, indeed, communicate basic information in Spanish. To say my housemate took me under her wing immediate downplays the huge impact she had on me during my time in Madrid. Within weeks of moving, I was invited to spend a weekend with her and friends in Asturias, to host dinner parties with her, to go shopping and explore the city, as well as socialise in the evenings, bonding over Spanish cuisine and lots of beer. She was overly encouraging, forcing me out of my comfort zone yet also pushing me to better myself in my Spanish fluency - if only so I could tell her to be quiet every once in a while!

The Spanish as a nation are overly open, caring and generous, and frequently my housemate mentioned that I should head down to Cordoba with her to spend a weekend in her family home, to meet her nieces and nephews, and to experience the “best” region of Spain. Alas, my time in Spain passed rapidly, and this was one invitation I was unable to accept. That was until this September, when I was invited to attend her wedding in Andalucia. I was able to easily convince a close friend of mine that we should go together, spending a few days in my beloved Madrid before heading to the South, so I booked my flights. Every visit to Spain is an exciting one for me, but this particular trip was bound to be enlightening given that I knew nothing of a Spanish, Catholic wedding.

My housemate had indicated that she wanted all the girl friends of the bride to wear long dresses, and that was a lovely touch; a formal indication of those in company of the bride on her special day. Getting ready in 40’C of heat in early September forced me to question why the long dresses were obligatory, however once assembled at a hill-top Church with an undisturbed view of the olive trees of Andalucia, any doubts about my attire were immediately dispelled. My friend and I were in awe of the surroundings, a panoramic view that was only bettered by the sunset that accompanied our exit from the ceremony. 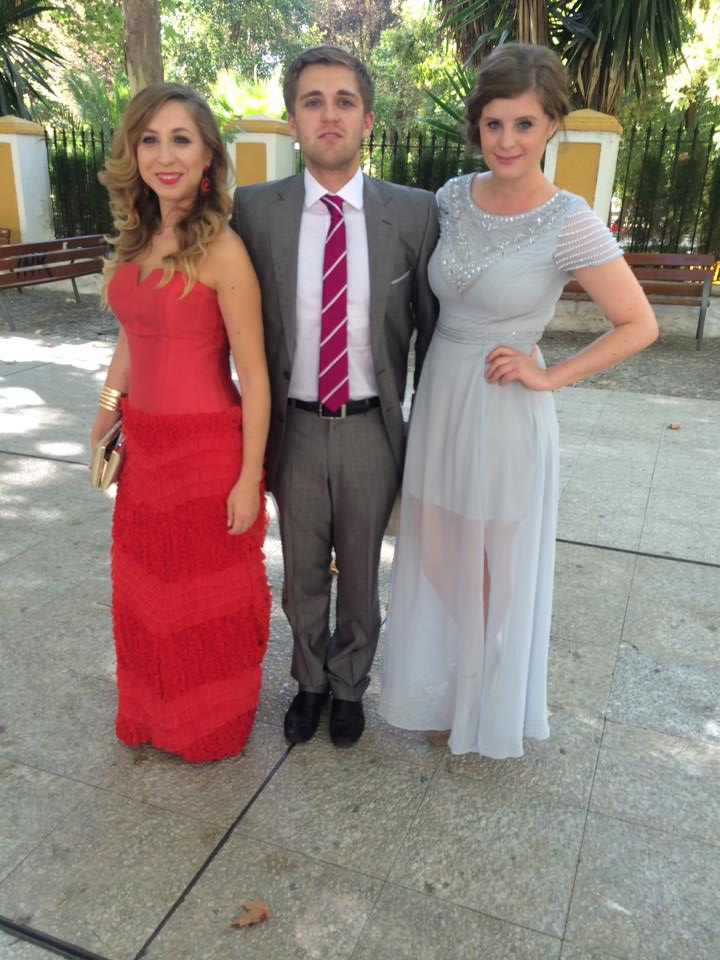 The ceremony started at 7pm, which I was informed was on the early side for a Spanish wedding. Understandably, the summer months require that the weddings take place in the cooler evenings, but the timetable did not detract from the splendour of the ornate interior, the exquisite traditionalist guitar serenading the Priest’s prayers, and the beauty of the vows shared in Spanish. My friend and I were intrigued by some customs, with the Catholic devotional practices and the reciting of Biblical extracts, the sharing of the bread and the wine for those who wished to partake and the kneeling for the ceremonial prayers towards the end of the service. For the most part, we were happy to observe and appreciate these cultural differences from our badly chosen seats in the centre of the Church. However, our Britishness became most apparent at the moment when the Priest asked the congregation to bless those around us. The others in attendance began to turn to each other, and following the social protocol of the double cheek bump, exchanged multiple kisses with those in the vicinity. I couldn’t help but smother my laughter as the lovely, older lady next to my friend realised he was English and offered a formal, awkward and unimpressed handshake complete with a frown rather than engaging in the traditional protocol. 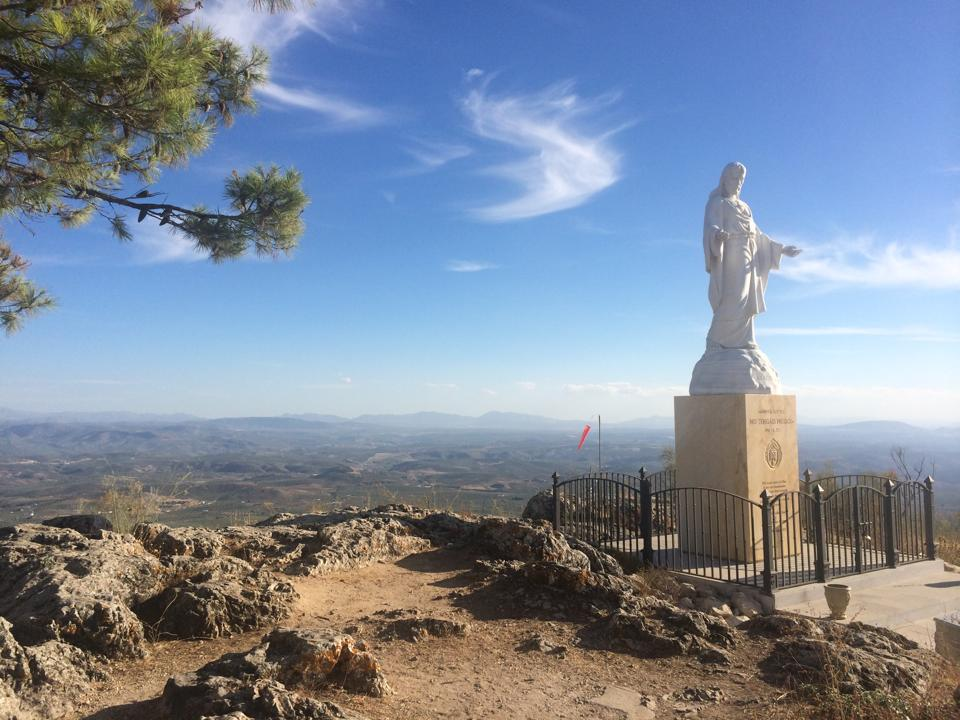 After the ceremony, and showering the newlyweds with confetti and rose petals, we were taken to the reception venue; an incredible Hacienda, again deep in the countryside with nothing to disturb the view. On arrival, my housemate had organised for drinks, canapés, and food theatre with live carving of the traditional Serrano ham and pouring of sweet wine. It is customary at Spanish weddings, I learnt, for the guests to mingle at prescribed waiting tables, whilst the bride and groom pass through for congratulatory wishes and to thank the guests for their attendance. I was able to grab my housemate for a quick word, but the 300+ guests evidently consumed most of her attention. Her nature to be generous caused her to worry that everyone had a drink, and that they had been offered food. Someone proposed a toast, and she was mortified that two of the guests did not have a full glass of wine so promptly (and loudly) shouted at a waiter to be more vigilant!

By 10pm we were seated underneath palm trees for the lavish wedding feast which consisted of a lobster starter, pork main and sharing desserts, all accompanied by different, Spanish wines chosen to complement each dish. The bride and groom once again passed through all the tables, and made sure that introductions were made between those seated together. Somehow, whenever I meet new people in Spain, the main topic of conversation turns to linguistic differences, and this meal was no different. Dessert brought with it lavish decoration in the form of a kumquat, which prompted a huge debate in both English and Spanish as to pronunciation and translation difficulties. Watching a group of grown adults attempt to speak broken English always brings a smile to my face, as I always appreciate the effort. English people, for the most part, are reserved to attempt to speak in a foreign language (with the exception of Del Boy’s awkwardly bad French, and the traditional British stereotype of louder and slower!). 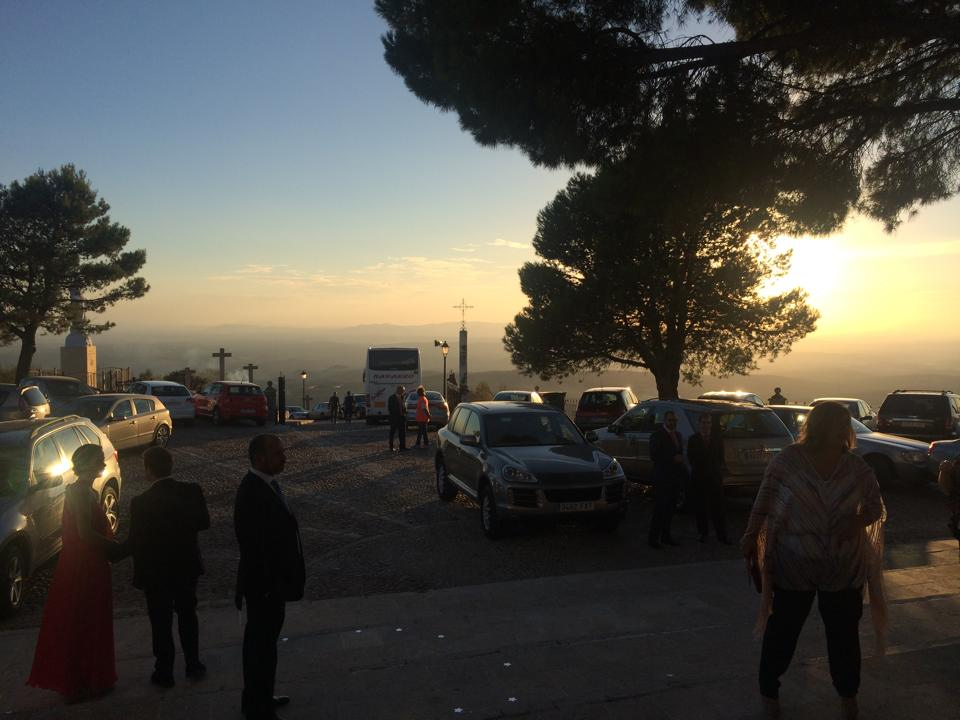 The food finished at midnight, and it was at this juncture that the free bar opened and the dancing began. My friend and I took the opportunity to catch up with familiar faces we had met during our previous visits to Madrid, but I was also lucky to make the acquaintance of my housemate’s family. Given the frequency with which she used to speak about them, I felt I knew them already, and it was apparent after a few minutes that they were equally aware of who I was! It was at that moment I felt I’d somehow been accepted into an adopted Spanish family. I’d known for a while that I had been incredibly lucky to have found my housemate, for all her nightmareish living demands and frequent mood swings. Aside from day-to-day dramas, she had really tried to incorporate me into life, and I owe her more than she’ll ever know. Not only did I learn to stand up for myself in Spanish during my Year Abroad, I feel now more than ever that I made connections to a new friend and a new family who have welcomed me with more generosity than I will ever be able to repay. 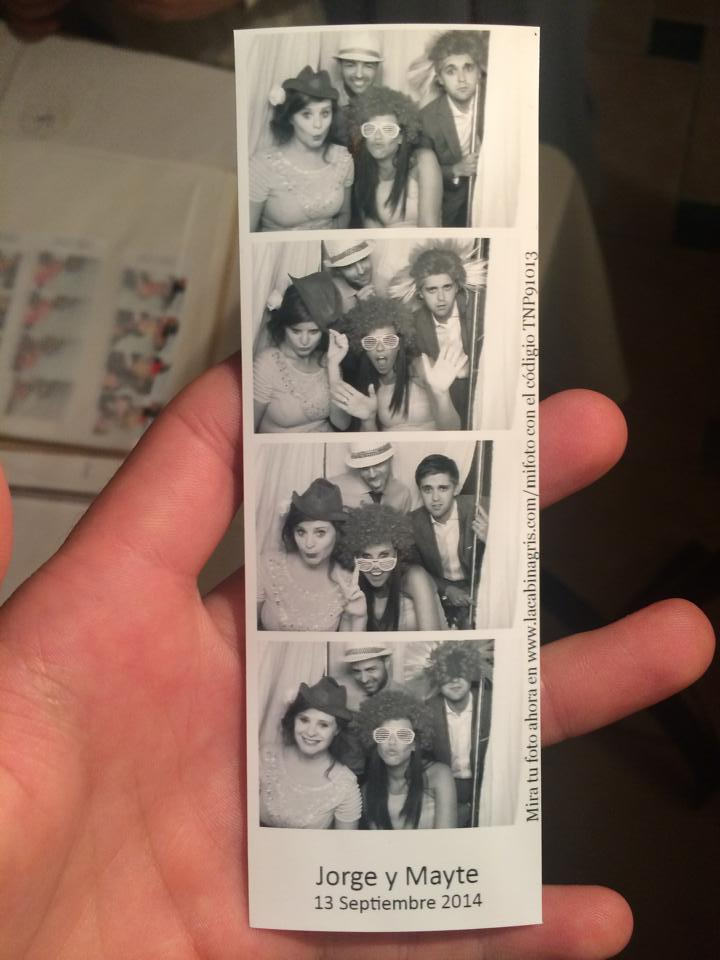 The party that night concluded at 6am, although my friend and I had tired early, and resigned ourselves to the free bar and copious gin and tonics by that point. Whilst living in Madrid, we had both fully embraced the late night, early morning nights out, but after a year of being back in the UK we were unaccustomed to such late nights! Despite the not-so-fun journey back to Madrid the following day after only a couple of hours of rest, we returned to England fully aware that we had been incredibly lucky to share such a wonderful day in the company of great people. The wedding photos remain a clear indication of the splendour of the day, and the memories I take from that evening in Andalucia will last for many years to come. I only hope that I will have the opportunity to invite my housemate to an English ceremony should I ever be in a position to get married, and show her how the English do it, with a ceremony at 3, dinner at 7 and the whole congregation in bed by 1am… I’m sure she’ll be impressed.

For the time being, I return to studying in the UK as my housemate begins a new chapter, starting with a well-earned break in New York and Mexico. I’ve already received an invitation to visit her in her new home in Cordoba, and after the amazing time I had at her wedding, I’ll be sure to head back, taking the first opportunity I can. Her wedding not only taught me more about the beauty of the Spanish culture and customs, but also how lucky I had been with my time in Madrid. I came away after nine months having not only established a new life, with new passions and great friends, but also with a new family which who I hope to pass many more a fiesta.