Studying instead of working - the “easy” option? 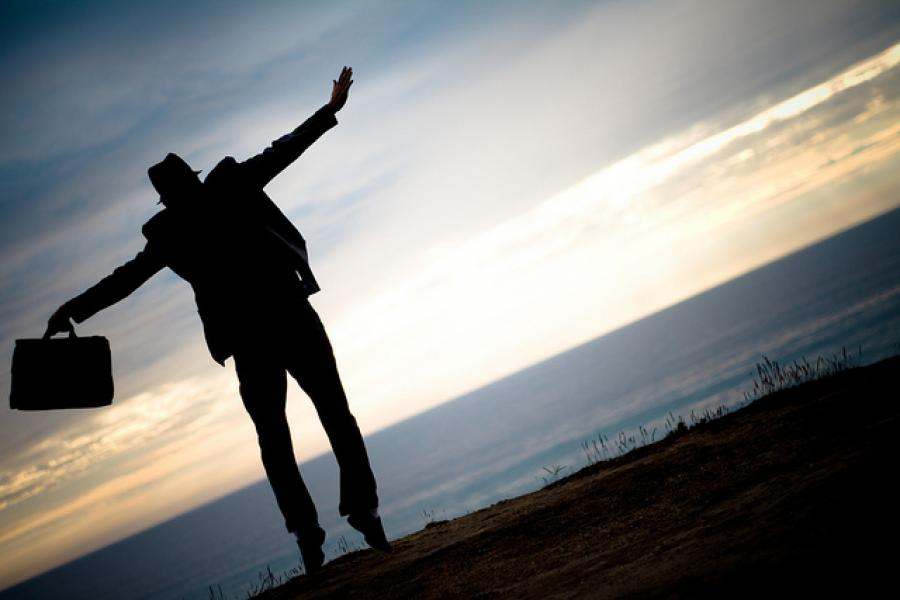 This article was written by Georgie Cauthery, published on 7th April 2014 and has been read 7932 times.

Study Abroad Work Abroad Nottingham Uni StudyWorkCreate Erasmus+
Georgie is a third year abroad student from the University of Nottingham, currently studying at the Université d'Avignon, having spent last semester studying at the Universitat de València. She says, "I spent a long time trying to decide how to spend my year abroad and so I understand how helpful it can be to hear first hand information from someone who really has been there themselves. I think that studying as an Erasmus student is very often dismissed as "the easy option" and would like to help put an end to this assumption."

Around this time last year I was in the process of trying to decide where and how to spend my third year abroad. Like many language students I had the choice of studying, finding an internship or working for the British Council as a teaching assistant. It wasn’t an easy choice as each option clearly has a lot of benefits, but also some drawbacks. I decided studying seemed like the best option for me because I wanted to meet people my own age. Since my priority is improving my languages it seemed logical to make local friends - the best way to get better is obviously speaking the language every day, so for me it was important to be around other students.

On top of this, I wanted free time to travel to get to know Spain and France better and make the most of living abroad. I also saw the benefits of not getting out of the habit of going to lectures and writing essays - I didn’t want it to be a shock to the system going back to university in final year. However, some say that studying doesn’t look as impressive as working when putting it on your CV, and there is a false assumption that it isn’t as good for your languages.

Now over half way through my year abroad and on my second study placement, I couldn’t be happier with my decision, and thousands of other students choose to do the same every year. However, it has to be said that there are some negative assumptions about choosing a year as an Erasmus student over a year of working. The image most people have of the Erasmus lifestyle is going out every night, never going to lectures and hardly improving your language skills (in between trips to the beach and the boulangerie). While I admit I’ve loved making the most of Erasmus life (beaches and boulangeries included), that hasn’t been my experience and I can say that I’ve been lucky enough to have had an amazing time on my year abroad AND vastly improved my languages.

During both my study placements I’ve had the invaluable experience of living with native students, the result being that I’ve made some really good friends whilst speaking my languages every day and being immersed in the culture and the lifestyle. It’s true that there is a big Erasmus social scene, which is a great support when you’re feeling lost or homesick, but that doesn’t mean having no local friends and never speaking the language.

The key is to integrate as much as you can by putting yourself out there and showing people that you really want to get to know them and their language. Your year abroad is whatever you want it to be, so if you’re determined for your languages to really improve, they will!

2. The difficulties and challenges of studying abroad

Doing a year abroad is a really character building experience and you will achieve a huge amount and grow a lot as a person, so it is frustrating to hear some people dismiss studying abroad as “the easy option.” Having spent the last seven months battling foreign administration, education and cultural differences I can confirm that studying abroad could not be further from easy. Overcoming the challenges of an experience that is daunting enough in your home country, while being hundreds of miles from home, in a language that isn’t your own, is an achievement in itself and you’ll come away with irreplaceable adaptability and communication skills.

Everyone who has been away to university remembers how scary and nerve-wracking it was at first, now who can honestly say that they would find it “easy” to do all that again at least once, and it many cases twice in a year? In England we’re lucky that universities are mostly well organised and admin isn’t too long or complicated. The same cannot be said everywhere. Even something as simple as handing in a module choice form can take days or weeks, and the staff supposedly on hand to support international students are sometimes unable or reluctant to help, and that’s IF you can even get hold of them. If you can deal with all of this stress while settling into a new place and getting to grips with the language then there won’t be much you feel like you can’t do. There were many moments at the beginning of both my placements when I felt envious of people working in structured, organised environments.

The difficulties of being a foreign student go further than the initial organisation. Being the only foreigner in a room full of natives can be very daunting, and giving oral presentations in a language you’re still not completely comfortable in, in front of dozens of students you don’t know, is nothing short of terrifying. For people whose year abroad carries a lot of weight towards their degree it can be a worry that you have to write all your assessments in another language, and there’s always the risk that you haven’t properly understood the lecturer (all it takes is for someone to cough over an important word and you might be lost for the next hour). On top of this, many lecturers are well aware of the stereotype associated with Erasmus students and some are pretty intolerant, even hostile towards foreign students, and since most of the local students have already formed their groups of friends they can be unreceptive and sometimes unfriendly. This kind of setback can knock your confidence while you’re still finding your feet, but eventually you learn to bounce back and keep going, which is a great skill to have.

3. The huge perks of studying abroad

Despite the challenges, studying brings benefits that, for me, far outweigh the struggles. I’ve found a huge number of opportunities available to me as an Erasmus student that I haven’t necessarily had or taken advantage of back home, from new subjects to extra curricular activities. It’s great to be able to try out modules you’re never done before without the pressure of it counting towards your degree if it’s not for you. I feel well prepared for my final year having tried and tested so many classes and kept in the habit of doing uni work. Depending where you do your placement, you might well get the opportunity to try out some teaching and get some work experience at the same time – the Universitat de Valencia gave me credits for being an assistant in English classes and my free time enabled me to earn some extra money by teaching on the side. I’ll never lose the life skills I’ve picked up as an Erasmus student, and I feel ready to head into the world of work knowing that I’m more than capable of handling and adapting to any curve balls thrown at me.

My answer to those who think that studying abroad is easier than working would be that the two are incomparable and both are incredibly challenging at times. There are times as an international student when everything seems impossible, and getting past this is a huge learning curve. Whatever you decide to do, things will get really hard sometimes and there’s no avoiding that, but I’ve never met anyone who didn’t have an incredible time on their year abroad. The fact is that, when it comes to your year abroad, there is no such thing as an easy option – that’s exactly what makes it so worthwhile, and probably the best year of your degree.

For the latest update on Georgie's adventures, check out her blog. To find out more about studying or working on your year abroad, check out our British Council Study Work Create page.

Left behind in final year?

100% worth it! I dreaded going abroad at first but honestly it was the best year of my uni career so far :) and also don't wish time away, jobs definitely aren't all they're cracked up to be - enjoy u...

Erasmus+ Traineeships: a guide for Employers