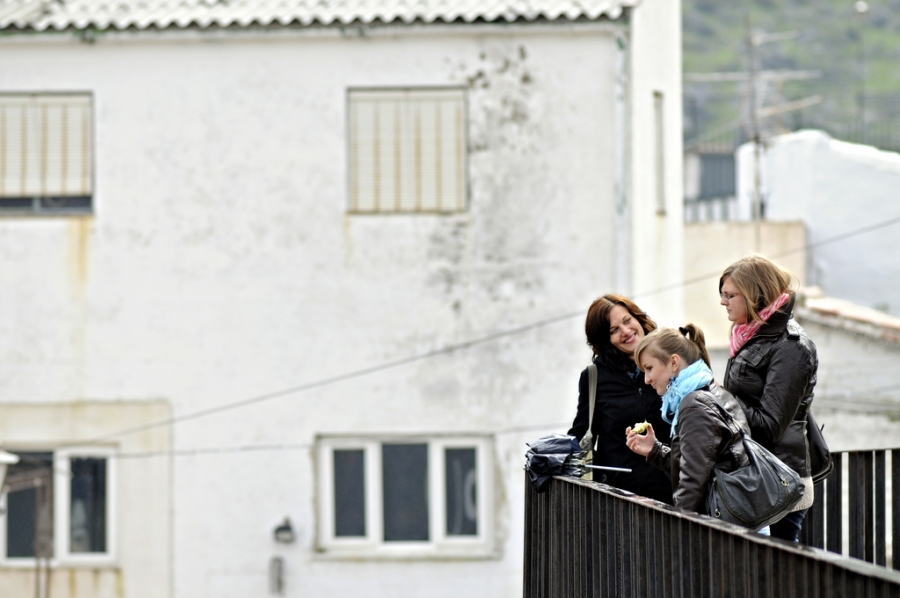 In Loja by Mait Jüriado

This article was written by Global Graduates, published on 27th April 2010 and has been read 42478 times.

So you’re thinking of spending your year abroad in Spain; you might be considering studying at a Spanish university or doing some sort of course. You'll probably try and find out the names of the top Spanish universities, most likely online. But here's the thing: you won’t find any reliable league tables – they virtually don’t exist in Spain, which is where we come in. Here's a comprehensive list of things you should know when studying in Spain: the university system, courses, fees and the lowdown about your fellow Spanish students...

If you look at International league tables, such as the Times Higher Education World Top 200 Universities, you’ll see that only one (ONE!) is mentioned, and it’s at the 171st position. Why so? It's not to say that Spain is just botellones, tapas and siestas, but the Spanish education system is very different to the UK; the criteria for picking a university in Spain tends to be linked to geography - Spaniards pick universities according to how close they are from home.There’s no Harvard or Oxford, but the universities out here can have some pretty good courses, excellent lecturers and research projects, you just have to change the way you would normally go about finding the ideal academic establishment...

The first thing you should consider is that in Spain, when someone wants to go to university they don’t look for the best institution that's out there. Proximity is the key. If you were a Spanish Bachillerato student (the equivalent of sixth form), you’d look for the university closest to home. There are universities in most provincial capitals, so if you live in a big enough town, there’ll probably be one near you. Then you’d check if there is the course you want to do and if you can afford it. Most students go to state universities, where each academic year costs around €900, whereas a minority goes to private universities, where you could easily pay up to €10,000 per year. The reason most people prefer state universities is not just money. Private institutions are sometimes frowned upon because they are seen as something for a rich minority (like state vs public schools in the UK, in a way) or for people who want to simply purchase a degree. This, of course, is not true for all private universities. Some actually offer really good courses, but they are certainly more elitist than their public counterparts. Many are linked to religious (Catholic) groups, although this is not always apparent in a very obvious way.

The admissions process is the same for all public instiutions. You have to pass your Bachillerato and Selectividad (the equivalent of A-levels) and have studied the right subjects at school for the degree course you intend to do. The big difference here is that the selection procedure depends on demand and offer. For instance, if there are 80 places on a Journalism course at the Universidad Complutense Madrid, the 80 applicants with the best average mark will get in. No UCAS, personal statements, predicted grades or references. The lowest mark to get into that course is called 'Nota de corte' and is used as a reference for the following year's prospective students (if the mark is 5 (out of 10), things should be ok, if it's 8.5, you better start studying!). Each university has its own way of assessing prospective students, which may be a reason why only 2.7% of all students studying in Spain are foreigners. Each private university has its own admissions process, but it normally takes place through tests/exams and an interview, as well as passing the equivalent of A-Level out here. They might ask you for a personal statement and some references, although the whole process is generally a lot easier for foreigners. Be aware that some private universities offer degrees which are 'Título propio' which isn't recognised by the Spanish Ministry of Education, and some employers may also chose not to recognise them either.

Taking a year off or gap year is almost unheard of in Spain. But Erasmus isn't only for language students. Spaniards are encouraged to go abroad – although you won’t always see the results, as many tend to stick to groups of other Spaniards – but all students can go as long as their university has an agreement with a foreign university. This happens in other European countries too, so it's not uncommon (as you may well know) to see a few foreign students in lectures. See the film L’Auberge Espagnole for example:

The Erasmus programme is very popular in Spain, many students from all courses take advantage of it. But Erasmus students have a reputation of being serial partygoers and a little lazy when it comes to studying; to the point that is has been dubbed in some parts as the 'Orgasmus' programme. Don't be surprised if you get a few smirks from the Spanish when you mention the fact you're on your Erasmus year...

There are basically two types of undergraduate courses: Licenciaturas and Grados. Licenciaturas are 4- or 5-year undergraduate courses form the “old” system, which are being replaced by Grados because the latter are adapted to European standards. Grados tend to be shorter (4 years maximum), with less contact hours and less modules (but they are worth more credits) – see also Bologna Process. They are equal and you’ll find both at the moment, but Licenciaturas are not very likely to be admitting first-year students. Diplomaturas is a qualification from the old system, too. It stands for shorter, normally 3-year courses, but they are dying out.

There is a wide choice of courses in Spain, but there are also a few peculiarities. For example, Engineering courses, Medicine, Business and Economics are seen as strong –“proper” – subjects, whereas History, Humanities and – most shockingly – Languages, are soft subjects, which will only get you jobs as a teacher. Also, the higher the nota de corte is, the more prestigious the course, and therefore the university, become. Certain subjects tend to grow in popularity, demand and prestige. Funnily enough, TV series play a big part in that. For instance, it is really hard to get into Medicine these days. Its popularity has been growing in the past 5 years, and shows like House or Grey’s Anatomy (and their Spanish equivalents) are often blamed.

The Ministerio de Educación collects data about the Spanish universities every year, as such:

51.7% of students are doing a Social Sciences degree.

22.6% do some sort of technical training, such as Engineering.

7.3% are in Humanities-related courses.

More than half of Spanish students are women, notably in the Arts, Health and Social Sciences. But go to an Engineering lecture, and you’ll hardly see any. Whatever the reasons for that, the truth is that nowadays 61% of graduates are women in Spain. Most courses last 4 or 5 years, but students don’t have to enrol onto all modules every year (except the first year). That means some take longer than expected to finish their degree, and it’s not actually that strange to finish a year later than expected, especially those who have been on a Erasmus and have had trouble doing the same courses abroad they were supposed to do at home. The latest statistics say that only 47% of graduates are under 25, so most people are in no rush to graduate! A mature student in Spain is someone above 25 years old – basically, for the reason we just mentioned. Most students are between 18 and 21 (38.9%) or 22 and 25 (29.4%) years old. About 30% are mature students. Many older people prefer distance-learning options to get a degree, such as the Universidad Nacional de Educación a Distancia (UNED) or the Catalan Universitat Oberta de Catalunya (UOC). The subjects offered though are significantly more limited. The region with the biggest number of students is Madrid – with 232,000, followed by Andalucia (which is the most populated) with 222,000 and Catalonia with 172,000 students.

In public universities, students enrol either in July or September. If they have been admitted straight away or passed everything during the year, they enrol in July. If they have been on a waiting list and finally been admitted, if they are resitting exams in September, or if they just decided to take their exams in September (they have the option), then they enrol in September. The first year students must enrol on and pay for all the first year modules. In subsequent years, they can enrol on as many modules as they want, according to their level of achievement. That means if you are planning to work in the mornings during your Second year, you don't have to take modules that offer lectures in the morning, as long as others available offer your required credits. Students pay per credit enroled. Fees for a whole academic year range from €600 to €1,200, depending on the university, course, materials required, etc. (For credit prices, check the Guía oficial de titulaciones).

Teaching does vary a little between courses, at least more than in the UK. In the Licenciatura system, most classes are theory-based lectures, and there are no seminars. Some degrees have a more practical base and there are modules which are “seminarios” (seminars) or “talleres” (workshops), where the groups are smaller and there’s space for discussion and practical work (presentations, group exercises). The Grados system is trying to extend the combination of lectures and seminars in a similar way to the UK university system.

Universia, Red de universidades españolas Guía oficial de titulaciones 2009-2010 Patata Brava, “Una manera diferente de vivir la universidad”, the students’ point of view Not sure if you should get a job instead of going to university?  Check out our Working vs Studying article. Find out about Living and Working in Spain

On my year abroad in Spain, should I get a new Spanish nano-sim for my iPho...

Try looking at these websites for spanish expats and new arrivals.

How to survive university in Spain