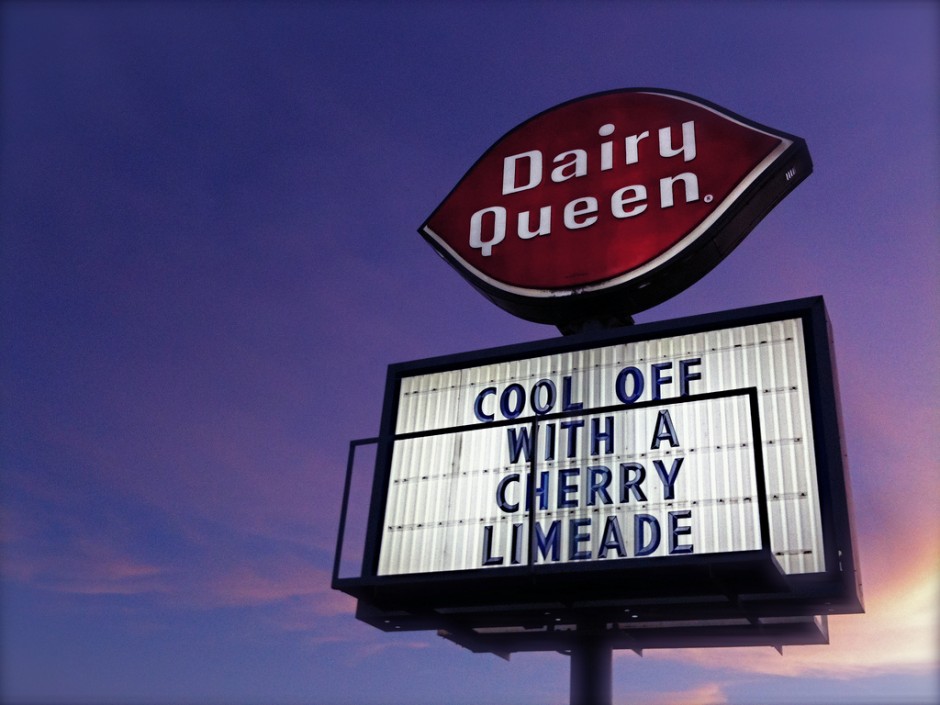 This article was written by Courtney Mower, published on 21st November 2016 and has been read 3789 times.

When on my year abroad I received an email from my study abroad advisor asking me to contact a girl called Lilly who was making the same exchange in reverse. I spent nearly ten months at the University of Texas at Arlington and she spent a semester studying at the University of Leicester. We became friends so I decided, with her help, to write this blog post about the differences between Texas and Leicestershire.

Food
Although she cooked for herself a lot of times, Lilly found the lack of Mexican food sold in British supermarkets frustrating as it was a staple of her diet in Texas. She saw almost as much fast food in England as in America, but preferred the taste of British McDonalds. Her favourite place to grab a treat was Shakeaway. For me, Texan food was pretty much what I expected. There was a wide range of good food, both healthy and unhealthy, and I gained a love for tacos I’ve not been able to shake. Asides from artery busting Chicken Fried Bacon and other delicacies at the State Fair the food on campus was similar to Britain (although some things, like the gravy, just weren’t the same). Since returning I too have been upset at the lack of Mexican food!

Transport
One difference Lilly noticed was the availability of public transportation within Leicester and further afield (yay National Express!) and she actually missed driving while studying overseas but thinks she would still buy a car if she lived in Leicester permanently. The faithful 80 and 80A busses of Leicester seem like a luxury in Arlington, where it’s almost impossible to function without a car or regular access to personal transport through a friend. I relied on my friends to chauffeur me around, and had some epic road trips, but once out of Arlington the public transport was marginally better.

Classes
Although the five week ‘Spring Break’ was “freaking awesome” Lilly found the classes in Leicester very different to Arlington. She enjoyed the class topics but she found the need for only one essay at the end of the semester confusing although it was harder than she expected. I found my classes very easy, although having ‘homework’ to do did make me feel somewhat like I was back in High School again. In Texas there was a lot more reading and smaller assignments rather than seminar discussion and large essays – which makes sense as there were no seminars to speak of!

Language
The language is the same, but somehow different”. Much like me, Lilly found herself constantly being corrected on the pronunciation of words. [I ended up saying toe-may-toe in an embarrassing fake American accent because it was so difficult to be understood!]. She found the variety of British accents interesting, and I found the insistence of Texans to use ‘y’all’ when referring to one person endearing. The one word I always had trouble getting Americans to understand in my accent was water. In the Texan heat, this could have become an issue fast…

Religion
Coming from what she calls the “good ol' Bible belt” Lilly found it strange there was only one Christian Union at Leicester, because UT Arlington has ten. Although she is Christian, none of her British friends were. This was almost the reverse for me, and I found people’s openness about their faith unusual. I’m not sure if it’s because more people in Texas are Christian or if British people live up to the stereotype of being notoriously stoic about religion and politics. Many of my closest friends were Christian, and I went to church with them a few times to learn about their faith.

Culture
Lilly found British people had a different sense of humour, relying on sarcasm and dark jokes rather than puns and dad jokes. I noticed a similar thing, and although my American friends definitely understood the concept of sarcasm they didn’t really use it as part of their humour so that took some adjustment on my part. As it’s Presidential Election year in the USA, Lilly was often asked about Donald Trump and universal healthcare. I found I was most often asked by my older friends about the Queen and Downton Abbey and my college age friends asked me about ‘Cheeky Nandos’.

Overall, there were some pretty big differences between Leicester and Arlington that we both noticed when living in the others home towns for a long period of time. Because we were both able to prepare by using the internet or talking to each other, the transition was a little easier.