Breaking a leg - literally, and abroad 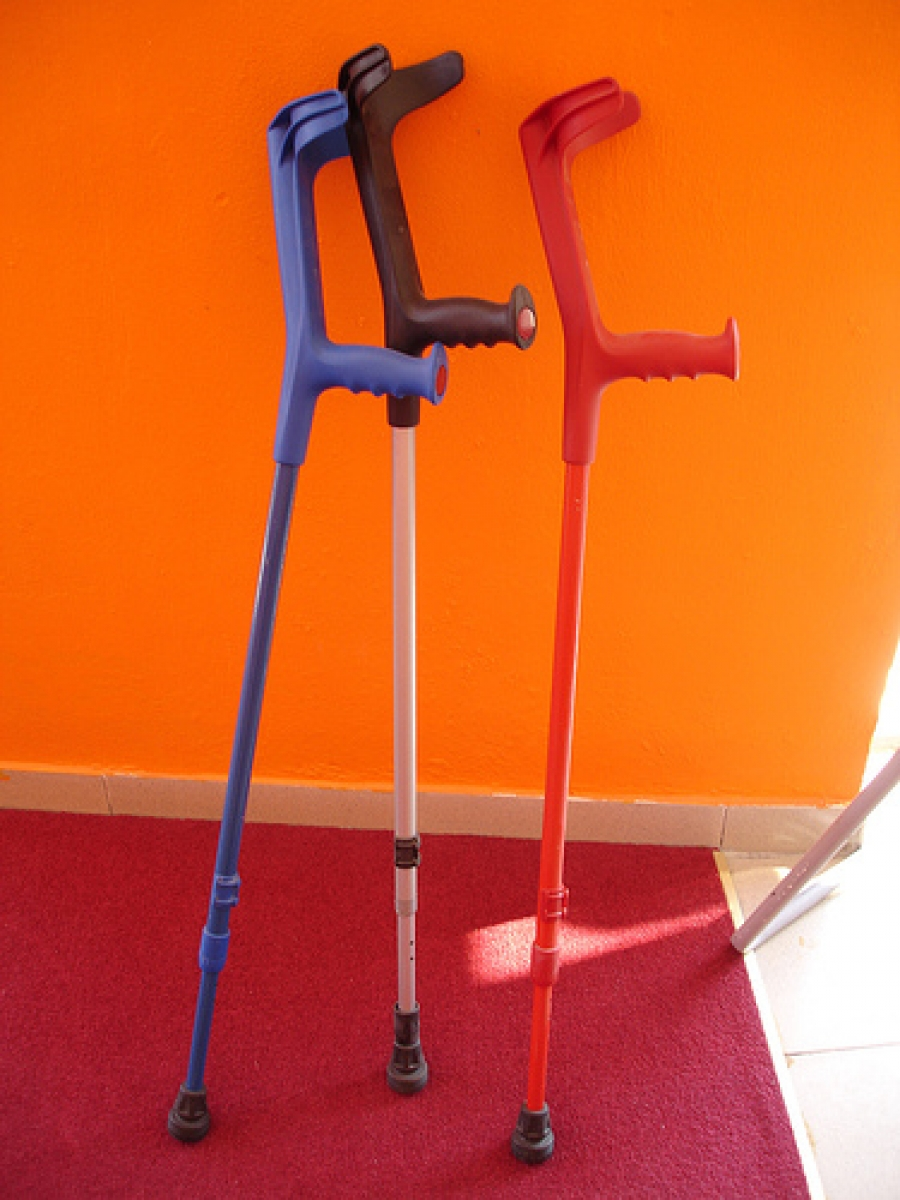 This article was written by Rachel German, published on 10th September 2010 and has been read 7273 times.

Health & Fitness Insurance
Quite literally. What not to do on a year abroad...What happened to me didn’t actually happen on a year abroad, it was actually my gap year. I think you’ll find the situation could arise regardless though...I was 18 and had decided against going straight to uni, instead choosing to work and then go somewhere far flung and exotic. Thus, I found myself boarding a plane one rainy morning in January 2005 for Madrid and then Quito, Ecuador. I went with one of those organisations that you pay to volunteer for, something I wouldn’t really do now for money reasons, but can be quite reassuring in terms of in-country help and support.

I was part of a group of around 30 guys my age and we spent the first two weeks having intensive Spanish lessons - 8.30 til 12.30 every day, 1 on 1. Intense! Afternoons were spent wandering the town, buying too many colourful trousers and earrings and emailing home.

After these 2 weeks the real adventure began - we left for our chosen projects (conservation, care work or teaching). I was doing conservation work with about 10 other people and we headed to a tiny village north of Ibarra. The project we were working on aims to teach sustainable farming methods to the locals and there was much weeding and planting to be done, whilst avoiding poisonous spiders and caterpillars. Back breaking work. Still, a glance up at the stunning surroundings of hills, greenery and cloud forest was enough to make you think it was more than worthwhile.

A few weeks down the line we decided to move further into the cloud forest to a place called Santa Rosa. This involved a drive in the back of a pick up followed by 3 hours on foot with a heavy rucksack - somehow through a gushing river, along treacherously narrow paths by the side of said torrent, through mud and over trees, until finally, finally we arrived at a couple of wooden huts. Our mission was to build a greenhouse, and to do so we had to march a few miles to an area with timber and lug it back, over a little wooden bridge (yet again over that gushing river) and up a steep zig-zag hill.
So far, so fine. The trouble happened when we had an afternoon off and decided to head to the waterfall nearby. I don’t really recall this waterfall but what there was were a couple of strong tree branches on which people could leap into the abyss, Tarzan style. Below were rocks and a small stream, no place to land. I had more or less decided against trying this foolish stunt, leaving the boys to do it to prove their manliness. Then, one of the girls had a go and I thought, well ok then, I may as well give it a try. The Ecuadorian guy working with us offered to hold on with me and lept off before I had really registered what was happening.

Of course, we fell. The distance has been disputed, but it was maybe as much as 25 feet. The Ecuadorian guy broke his foot (I am told to this day he can’t really feel his extremity and the village kids take great delight in stamping on it) and I broke my leg horrendously and fractured a vertebrae in my back, though I wasn’t aware of that injury yet. Indeed, I stood up due to the shock. What follows is a blur, with surreal moments of clarity. People fashioned a stretch with two potato sacks and two branches and carried me back to Santa Rosa. I remember lying on the floor, everyone gazing down at me from a great height. Obviously the only way to get me back to civilisation would be the path (complete with gushing torrent and treacherous trails of course). This was an arduous journey for those carrying me (and I was semi-dropped once!). Once at the village a coach and all the inhabitants were waiting for me, and I was packed off and driven 3 hours to Ibarra, where a clinic was open. Here I was x-rayed and my friend’s much-loved  hoodie was stolen by the nursing staff. I was then bundled into an ambulance to Quito. Worth pointing out here- I was never alone through any stage of this. The woman in charge of the project was with me as were a rota of friends.

The hospital in Quito is big and bright and as a white foreign tourist, I had my own room. Every night someone stayed with me on the couch (although it may also have had something to do with the cable tv, definitely not the food). I was operated on and pins were put in my leg. My back they said was an unstable fracture so I couldn’t be repatriated just yet. Hence a couple of weeks of boredom, although with various people milling around at all times.

Meanwhile back in London my mum had received the sort of phone call all parents dread receiving when their offspring is gallivanting round the world. Once she knew I was ok she had something else to worry about and various sleepless nights- would the insurance company cover the accident and the repatriation? The latter would literally could hundreds of thousands of pounds and see us both shouldered with an almighty debt. The company (STA) ummed and ahed a bit at first - was I gorge swinging (not covered)? No no, I was on a vine and ahem, fell. Thankfully they did decide to pay out for everything- repatriation and hospital costs- both were sky high (I’ll probably never be able to insure myself with them again though).

Repatriation in itself is a huge affair. It started one morning with two American paramedics coming to pick me up with a small plane that would take me to Miami via Panama and a landing amidst thick fog and rain. In Miami they transferred me into the care of two other paramedics who’d fly with me from Miami to London. My stretcher was perched on top of several rows of seats (imagine the cost!), and a crew member lent me a portable DVD player.

London was grey grey grey when we landed. This was not how I’d planned my gap year to end. My first words to my mum upon seeing her at the hospital were “I want to go away again”. So, I lived through it all, and am probably a little less likely to swing from tree to tree, but it didn’t stop me from going on my year abroad later on, I just made sure I was properly insured, just in case...

What is assurance habitation and where can I get it?

Hi,yep it's housing and contents insurance. French landlords/property owners tend not to give over the keys or let you sign the lease until you prove you have this insurance. When I lived in France I...

Can anyone recommend where to start looking for insurance?

Endsleigh do good insurance, search for Endsleigh Study Abroad cover. Although it's called this it also covers British Council and work placements. I added special gadget insurance for 3 particularly...

EHIC and Travel Insurance - know before you go

University insurance cover for your year abroad: the ins and outs

Why you should buy your Year Abroad Insurance early

by Richard from YearAbroadInsurance.com
Health & Fitness

Year Abroad Insurance to the rescue!