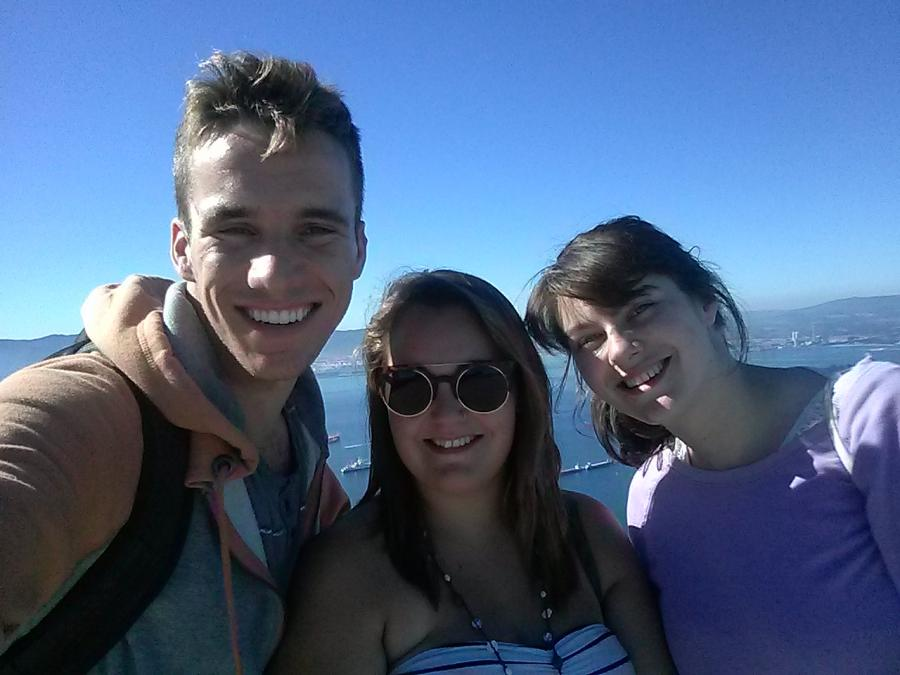 This article was written by Global Graduates, published on 16th November 2013 and has been read 25618 times.

Safety
The mantra I have had since my arrival in Spain was that if someone invited me on a trip I would go, in order to explore more of the country and meet new people, and just become a bit more independent overall.

This stemmed from a long term admiration of my mom, who, after spending her entire life in South Africa, where she was born and raised, decided to go to America to be a nanny. I remember her telling me when I was younger that yes, she was scared, but when she was invited by someone in the street for dinner one day she just said yes. She now has a great group of lifelong friends with whom she is still in regular contact.

I’ve always liked this idea, as well as my mother’s bravery in doing what she did. So when I came here I wanted to do the same thing.

So when a friend of mine, another English Language Assistant here in Málaga, told me a teacher at his school had offered to drive him and two friends to Gibraltar for the day, I leapt at the opportunity. I knew almost nothing about the place, and who would turn down the chance of a free ride there and back, since the guy was going there himself? Only a fool is the answer.

We didn’t know much about this teacher, since my friend wasn’t actually assisting in any of his classes, and had only met him in the staff room at the school. There was a hint of dubiousness when Luc (my friend) told me that a teacher he actually worked with had mentioned, upon hearing of the imminent trip to Gibraltar, to be cautious, because he didn’t really know the guy, and that he didn’t really get on well with him because he was “a bit weird.”

I think other people in my position can sympathise here that when in Spain, hearing a Spaniard be described as weird, more often than not the person in question ends up just being eccentric, or quirky – such are the Spaniards (in my experience anyway).

This turned out not to be the case. What ensued was a pretty tortuous journey, filled with ridiculously loud rock music (not even good stuff) with him trying to explain the lyrics to us in broken Spanglish (that’s correct – not either English or Spanish; an unintelligible mixture of the two). He also smoked in the car – fair enough, you may say, it was his car. However when we put down the windows to let the smoke out, he would put them back up again from the front. With no explanation. The driving however was the absolute worst part. He spent about half an hour at the beginning of the journey definitely not looking at the road and trying to fiddle with the Sat-Nav in order to find a toll-free route. He also drove at outrageous speeds, up to around 90 mph on about 70/60mph speed limits, driving onto roundabouts at full speed, and only stopping just as he was about to hit the car that he should have seen at the same time as seeing the actual roundabout. Luc and I held hands the majority of the way. Absolutely terrifying.

When we eventually got to Gibraltar (which is beautiful by the way), we pulled into a petrol station. As he was filling up, Esther turned round from the front seat (face a bit pale from the horrific journey) and quietly informed us that he’d taken a photo of her passport whilst showing it to customs. Without asking. The actual details page at the back. What the hell was he thinking? Somehow he managed to pour about a litre of petrol onto the forecourt, at which point he went inside, and Esther hurriedly deleted the photo. Thank God.

He eventually parked somewhere and we had a lovely wander up the main street looking at what was pretty much English shops with Spanish style flats above them, and Spanish weather. Weirdo McCrazy however followed us, rather than doing his own thing, and kept stopping us to go in shops to look at knives. That was warning sign number 2 – and in this instance I didn’t feel it would be prudent to require 3 strikes. Soon he was trying to tell us that the main street was all there is to see in Gibraltar, why don’t we go back to Spain and visit Tarifa and eat Spanish food. This is after an hour of seeing the place. Idiot.

By then we had had enough and I simply lied, and said we were probably going to stay here really late, maybe even stay the night, and then get a bus home the next day. I can’t say that I’ve ever been more relieved than when we watched him walk away.

The rest of our day was lovely. As arduous and long-winded as that recollection was, my point is this: I definitely don’t believe that the days of meeting lovely people who have the potential to be real friends on the street are over. I still have faith in humanity, this experience wasn’t traumatizing! However, I do believe that it is important to fully vet a person as much as possible before doing things like long car journeys, or even going to their house. There were times he pulled over or drove really slowly and the only thought in our minds was that no-one would hear our screams. We were also lucky that there were three of us, including a 5”10 Californian guy.

So do have the courage to explore and do things spontaneously, but for the love of God make sure you know who you’re going with.

Which countries are safest in Latin America?

Hello,I'm not sure I would necessarily rank Latin American countries as simply as that because, inevitably, they range city to city and area to area, much like the UK. King's has had students going on...