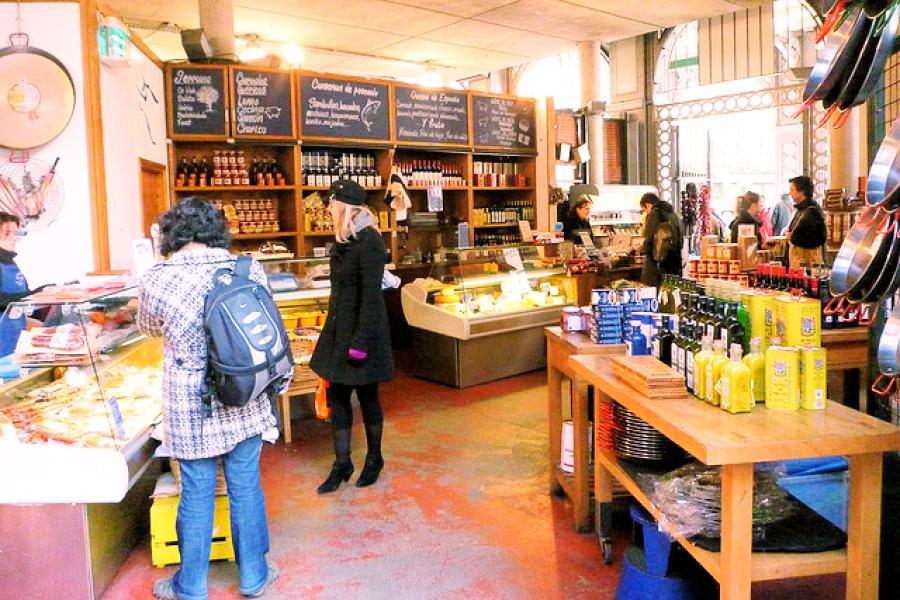 This article was written by Global Graduates, published on 3rd November 2014 and has been read 4371 times.

Spanish YearOverHere
Spanish speakers, check out this page for resources and UK-based event listings to help you practice your language skills and immerse yourself in Spanish and Latin American culture! Think we've missed something? Click here to send us your suggestions for listings!   TIP: 2015 is the 'Year of Mexico in the United Kingdom' so watch out for Mexican-themed events around the UK!

Check out the Instituto Cervantes for event listings, Spanish courses and access to their library! With ListenLive, you can listen to a wide variety of Spanish radio stations. Browse Spanish newspapers online Have a read of La Tundra magazine, a cultural and creative magazine that is available online and in print. They are also keen to hear from Spanish-speaking students who are interested in writing or translating articles and reviews! Glance at Latinos in London for events, articles and podcasts Boogie on down to Ronnie Scott's España on Fire flamenco night, every Sunday at Ronnie's bar! Make friends at the Manchester Spanish Language Meetup Group!

12th Jan - 9th May: 'Women on the verge of a nervous breakdown', Playhouse Theatre, London

Almódovar's 1988 hit film becomes a West End musical starring Tamsin Greig. Set in 1980's Spain, the story covers the messy love lives of a group of women and has already been a big hit on Broadway!

Commissioned by the Scottish Opera in 1996, James MacMillan's extraordinary first opera, after the play by Jo Clifford, follows the story of Inés de Castro, Spanish mistress to Pedro, Crown Prince of Portugal, has established itself as a modern masterpiece.

In conversation with Ian Gibson, an Irish author and Hispanist known for biographies of Lorca, Machado, Dalí and Ashbee.

These workshops will explore different narrative and journalistic techniques under the instruction of Jordi Garrell, examining the works of different writers and experimenting with their techniques.

This series of workshops will connect different rhythms and folklore from countries such as Venezuela, Panama, Cuba, Columbia and Jamaica.

Prof. Alonso Pleguezuelo will deliver the ARTES 2015 annual lecture on the topic of Baroque Spanish pottery.

The Spanish Theatre Company will perform the play by Spanish playwright Enrique Jardiel Poncela, which tells the story of a couple who get caught up in the mysterious disappearance of a woman named Eloisa.

Learn how to play flamenco guitar by studying the rhythms, historical background and common techniques, as well as the Soleares palo for solo guitar.

Learn about Spanish gastronomy by preparing some cold Spanish tapas and learning about the ingredients, tastes and aromas that compound Spanish geography.

The Orquesta Buena Vista Social Club are bidding goodbye to the world stage with a massive 'Adios' tour, including a stop at the Royal Albert Hall!

This lecture will explore the role of the Argentine judiciary in addressing the legacies of state oppression.

The 5th Spring Weekend on the London Spanish Film Festival will feature a wide range of Spanish films, including special previews of two unreleased films.

The Spanish Theatre Company presents a staged recital of sonnets and monologues, in Spanish and English, by Lope de Vega and Shakespeare. They will be accompanied by chamber music of the period, performed by Trío Roncesvalles, which is composed of a guitar, a violin and a mezzo-soprano.

Mexico's leading conductor makes his Liverpool debut with a programme including Mexican folkdance.

The performance will be followed by a wine reception.

Professor Preston will be in conversation with Dr. Julio Crespo Mac Lennan.

Sherry is the most cosmopolitan and internationally known of Spanish wines. Attendees will taste seven classic styles, guided by Beltráns insights.

Meet six superb writers from six countries in a literary feast of compelling fiction, poetry and short stories which explore the nature of relationships, childhood trauma, questions of morality and much more.

The Instituto Cervantes and the School of Wine are coming together to bring you three evenings celebrating everything that's great about Spanish wine, with experts Ian Dogherty and Kate Goodman.

Under the generic heading “Foro Cervantes” (Cervantes Forum), the University of Oxford and the Instituto Cervantes began a collaboration to present to British academia some of the Spanish writers best known to critics and to the reading public. This year`s session will feature Javier Cercas, who will give a lecture and meet undergraduates studying Spanish.

This interactive workshop is designed to reflect on human evolution in Europe, led by top archaeologists and anthropologists.

The acclaimed Chilean writer Roberto Ampuero will give a talk to launch his recently-published book, El caso Neruda.

The México20 anthology brings together the work of twenty young Mexican writers under the age of forty to an international readership. Join three of the featured writers Laia Jufresa, Brenda Lozano and Daniel Saldana Paris, as they discuss with journalist Maya Jaggi their work, the anthology, the vast literary tradition of Mexico and how brave new styles are capturing an era of shifting boundaries.

Come and join three of the emerging superstars of the México20 anthology for an evening of Mexican stories, music and drink. With music from the stunning mariachi band Las Adelitas.

The sumptuous paintings of Edurne Esponda in Own Code II reflect on the impact of contemporary codes of fashion and cuisine in visual memory. Esponda is inspired by the colours and shapes of traditional Mexican foods such as nieves (sorbet), mole (a rich sauce) and mescal (a local alcoholic drink).

To celebrate this year’s status as the Year of Mexico in the UK, MEX/BHX: Mexico in Birmingham will celebrate Mexican culture and research through exhibitions, lectures, film and food. The festival will centre on exhibitions by two Mexican artists, Edurne Esponda and Amador Montes. Both from the region of Oaxaca, they take food and migration as their respective subjects and the festival will take inspiration from these themes across the programme.

Amador Montes’ work The Other Wall aims to explore an alternative interpretation of the concept of walls: one related to contemplation and reflection. The wall then becomes a blank canvas, a public space to express a visual discourse, not an object that imposes boundaries. Montes is influenced by the hybrid and mestizo (mixed) culture that characterises contemporary Oaxacan Art and incorporates images of myths, legends and customs of the indigenous world. He will leave the University with a digital version of his work to symbolically unite different cities and countries.

In this Half Year’s Mexico Business Outlook, the MexCC brings a panel of experts to reflect and to share their expectations on the current state of affairs in Mexico and the bilateral relationship with the United Kingdom; as well as on the upcoming challenges and opportunities in topics such as economic growth, macroeconomics, regulatory framework, political scenario and sectors such as energy, infrastructure, capital and financial markets, manufacturing and creative industries.

Getenergy will have its global meeting next June 15 to 16, in London. Getenergy Global 2015 is the Global event to bring together education & training for the global oil and gas industry.

Carlos Orozco is a self-taught harp player. The Venezuelan press gave him the nickname "Metralleta" (machine gun), due to the dexterity and velocity that characterises his playing.

Uncover the hidden treasures of the ancient Mayas this summer, with the opening of a breath-taking exhibition in the port of Liverpool.

A unique chance to see the legendary birdmen of Mexico! As unique as it is visually stunning, the spectacle of these Totonac men soaring through the air suspended on ropes is truly one of the cultural wonders of Latin America, and has been honoured by UNESCO as Intangible Cultural Heritage.

The Festival of Spanish Theatre brings Spain's best theatre companies to the UK. This year will see performances of 'Las Heridas del Viento' and 'La Piedra Oscura' (both in English). Parallell activities, such as workshops, conferences, seminars and Q&A sessions, are also taking place throughout the week.

The 11th London Spanish Film Festival will take place from 24 September to 1 October 2015 at Ciné Lumière and the Regents St Cinema.