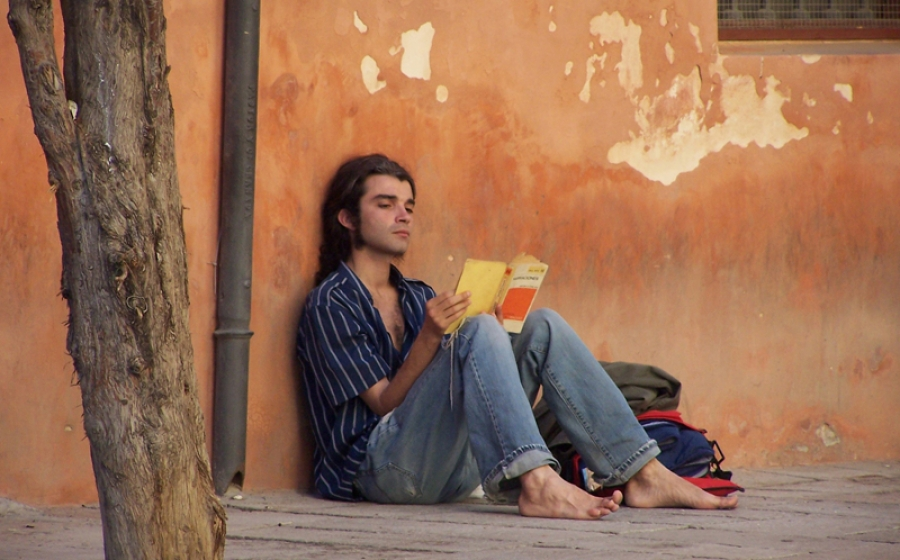 This article was written by Alicia Rubiales, published on 13th June 2010 and has been read 30522 times.

Spain Latin America Spanish
No matter how many language classes you've had or grammar books you've drilled through, nothing will compare to how much you'll progress in your language learning by actually hearing it spoken by a native and having a conversation with them. Spanish, French and German-speakers are just a few who'll have their work cut out for them in terms of getting to grips with regional dialects and foreign languages outside of their comfort zone. Catalan, Breton and Frisian might just be some of the foreign tongues you've come across or are just about to, as you're packing away. Why not refresh your memory or get a head-start here for some (there are literally hundreds) of the dialects and languages you're most likely to encounter on a year abroad in Europe...

Surely the best place within Europe to learn the language of Cervantes, right? Well, so it would seem, but alas...There are 4 co-official languages in Spain: Catalan/Català (also know as Valenciano or Balear depending on the region), Galician/Galego, Basque/Euskera and Aranese/Aranès (only spoken in one valley in the Catalan Pyrenees, Val d’Aran). There are also 2 unofficial ones: Aragonés and Asturleonés.

In the Valladolid and Madrid area of Spain is where you’ll find what is considered the Standard Spanish of nowadays. The best example of it is by listening to either public TV newsreaders…

Catalan
It is the co-official language in Catalonia, the Balearic Islands and the Valencian region, and has grown in popularity in the last 30 years after being repressed during Franco's dictatorship. About 40% of the population of Catalonia use it as their first language, and it is widely spoken – you’ll find it on street signs, shops and it’s the language of tuition in schools and universities. Due to its similarity with Spanish (they both come from Latin after all), it is understood by most Spanish-speakers without being fully mutually intelligible. Learning Catalan is very well thought-of by locals, as a sign of cultural appreciation and integration. There are plenty of courses (some are free), which are promoted by the Catalan government (Generalitat) and local authorities.

It has several dialects – the Valencian and Balearic ones sound notably different – but the Barcelona area is considered as its epicentre, and therefore its standard version.

Galician
The sister language of Spanish here in Galicia, in the North West of Spain. It is more common in rural areas rather than in cities. However, it's still the mothertongue for about 52% of the population here, and it’s basically mutually intelligible with Spanish. Galicians do have a distinct accent though, sometimes even if they don’t speak to you in Galician!

Basque
Drumroll please: it's spoken in...the Basque region(!), or also known as Euskadi, and most of Navarra as well. It's a sign of identity for the Basque people, just as much as any other of their traditions. It has no resemblance whatsoever to Spanish, and looks and sounds very different from any other Romance language. It's spoken by 12% of the population in Euskadi (580,000 speakers), but about 83% only use Spanish on a day-to-day basis. A foreigner learning Basque is admired by people here, primarily because of the complexity of the language but also because of the effort put into social integration, but it's not essential to everyday life. That said, everyone (regardless of whether they’re bilingual or not) will say “agur!” (goodbye) in Basque - better make a note of that, then.

Even if there are several languages in Spain, everyone speaks Spanish, even if many people are bilingual. But accents are also something to bear in mind. Depending on the part of Spain you're in, castellano – Spaniards hardly ever use the word español to talk about their language – can sound very different. The Spanish in Madrid and Valladolid is used as the reference, but the phonetics in, say, Andalucía, are a whole different story. This accent is known as “hablas andaluzas”. The last letter of every word tends to disappear, especially if it’s an ‘s’ or an ‘r’, and the typically Spanish ‘c’ and ‘z’ sounds become plain ‘s’ - watch an example.

Another notably different accent is the one in the Canary Islands (hablas canarias), because it has more in commonwith South American accents than Spanish ones.

The Spanish spoken in Latin America is not completely different to that of Spain - a general comparison to the differences of catellano is comparable to that of the English spoken in the UK and the USA. Although Spaniards, Mexicans, Colombians and Argentinians can all understand each other, there are some differences in vocabulary. A lot more Anglo-Saxon borrowings are found in Latin American Spanish (e.g.: computadora and ordernador, chekar and averiguar etc). There is also a tendency across Latin America to use a lot of diminutives (more so than in Spain, especially the -illo suffix). You'll also find that pronouns are slightly different to Spanish ones; whereas you'd use vosotros in Spain, over in Latin America, ustedes replaces it (e.g.: habléis vs hablan). The archaic vos is also used in Argentina, Paraguay and Uruguay, as opposed to tú in Spain.

Pronunciation is different in each country, too. Argentinians are known to sing-song, due to the large majority of Italians immigrants who landed there last century. Cubans and Colombians drop 's', a bit like in Andalucía. Mexicans have a totally different way of swearing, with lots of words changing meanings across the pond. Semantics and definitions are key here - you'll most probably have heard about the differences with the definition of coger in Spain, contrasted with that of Latin America. There are many more - it is through trial and error, and a very good dictionary or friendly banter that you'll get a wider scope of how different a language can be!

Lots of the countries across the Americas have an indigenous population, and as such, a few remote places speak Quechua, Mexicali etc as a primary language. However, with the amount of tourism this part of the world has experienced over the past 20 years, you'll soon find a Spanish-speaker in the midst!

Whether you choose to go to Spain or spread your wings a little further afield, you will be understood and, with a little bit of time, you will be speaking your country's Spanish - whichever variety it may be. Don't let a few language differences put you off! Sources

The European Charter for Regional or Minority Languages has the official definition of what they are and what status they have.

The European Bureau for Lesser-Used Languages

Map of Lesser-Used Languages in Europe

Omniglot - the online encyclopedia of writing systems and languages

Ethnologue, languages of the world

OSTLER, Nicholas (2006), Empires of the Word: A Language History of the World