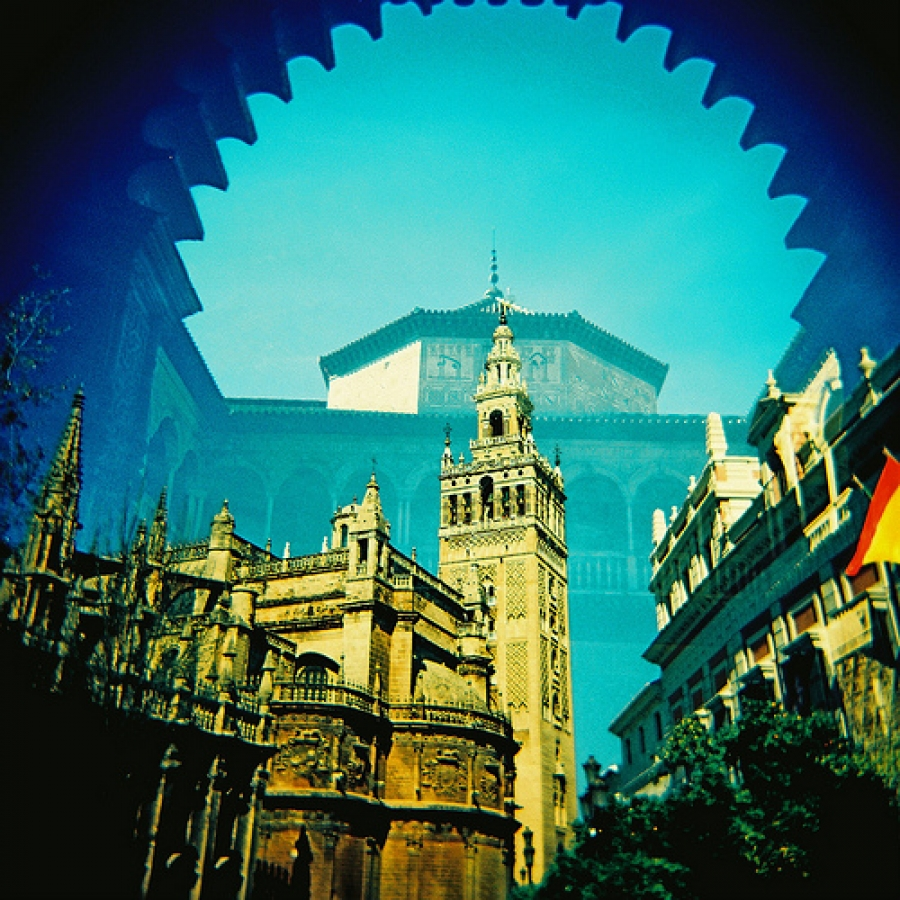 This article was written by Rachel German, published on 12th August 2010 and has been read 34420 times.

Seville Mole Diaries
Rachel German, Spanish and Anthropology graduate from Sussex University, tells us about her year abroad in Seville, a beautiful town sitting prettily within the Andalusian back-country, in Spain.
First impressions
Arriving in Seville at the beginning of September after the usual Ryanair early morning flight, I was overwhelmed by the heat. Seville is one of the hottest cities in Spain, without the benefit of any sea breeze to cool things down. Still, it only takes a short walk on arrival around the main shopping streets (Sierpes and Tetuan) and a glimpse of the romantic winding alleyways of the Barrio Santa Cruz to realise you are now living in one of the most beautiful cities of Europe, no joke. I was based for the first month in the Macarena area, formerly a rundown working-class nieghbourhood and now well, still partly run down, yet charming nonetheless (beware of the odd tramp sleeping in your building’s doorway and giving you a fright after a night out though). I ended up moving to Los Remedios, just across the river from the main university building I was based at; from my previous flat it was a good 35-40 minute walk, which isn’t all that appealing for an hour’s worth of class.

The city
Seville can feel a bit daunting at first, being the biggest city in Andalusia and all, but a month or so will usually suffice to feel at home. Areas do have quite a neighbourhood feel, with their own supermercado, cafés and shops , adding to the homeliness.  My housemate and I regularly went to our local branch of Ecofrutas (a fruit and veg chain) and were eventually greeted with many a kind word (“mi vida”, “mi reina” , “mi alma” and other such names we didn’t deserve). Sevilla is slightly lacking in large green spaces though - the enchanting Alcázar gardens are stunning to walk through, but any relaxing postures that looks like sunbathing are frowned upon. The Parque de los Principes was my favourite, but not ideal to get to unless you live in  that end of town. Parque María Luisa isn’t bad although pickpocket gangs do sometimes hang out there, ever keen for a mobile or wallet to snatch, so watch out. Shopping is decent, as long as H&M and Zara are you thing - there are 3 of one and about 6 of the other throughout the city.

Culture
Seville is the birthplace of Flamenco and bullfighting, and I know which one I’d rather take a rain check on. You can find many Flamenco shows around the city, but a favourite has to be the Carboneria, where it is free, although no filming is allowed. If bullfighting is your thing, the ring (la Maestranza, one of the most prestigious rings in the country) is only a short walk from Puerta de Jerez. A guided tour is all I plumped for. The architecture of the city deserves its own paragraph; mixing Moorish, roman, gothic, renaissance and baroque to create some stunning buildings - the cathedral with its Giralda tower, the grand Alcázar palace, the Plaza de España, the main University building, formerly a tobacco factory where Carmen of Bizet fame worked... – and unveil some hidden treasures: walk along the streets of Triana and you’ll no doubt stumble across some colourful and attractive finds. Sevilla also hosts the biggest and most passionate Semana Santa of the region. I however returned to England for that week, but from what I hear, there are lots of processions and a lot of people. A lot. Thus, either flee the city or be prepared for a 10 minute walk to take 2 hours, but you will see some stunning “pasos” (the lifelike sculptures of scenes from Jesus’ life) along the way.  The Romeria del Rocio is a colourful alternative that takes place before Pentecost. It’s a pilgrimage so you may catch some of it on your travels.

Transport
Transport in Seville is constantly getting bigger and better- a tram route had just been installed when I moved there, although the route it covered was no more than a 20 minute walk on foot! A metro was also in the process of being built, however buses are really the only communal transport you’ll need - I could buy a ticket valid for 10 journeys for only €5, though the real centre of town is pedestrian or car only. Still, it’s ideal for getting to various university sites and the language school. Seville also has the Sevici - a bike share program which is handy for getting around.

Eating
There are too many good places to mention, Levies was one favourite - cheap tapas such as meat in various sauces, deep fried camembert with blueberry coulis (it works, trust me) and amazing croquetas. The best thing to do though is to wonder around, take a turning and step into the first tapas bar you see. This can result in very cheap tapas (€2.00!), no tourist in sight and plenty of old men looking at you in a puzzled way. Carmela on Santa María la Blanca is somewhere to take parents- well presented, light dishes in a large terraced area. Bar Giralda located close to the cathedral is good too, as is El Patio de San Eloy were locals eat their tapas on steps at the back of the room, though it gets very busy.

Going out, staying in
Seville is more alive at night than by day, no doubt due to the intensity of the afternoon sun. Thus when the sun goes down you’ll see large families, youths and tourists all mingling, shopping and dining al fresco. As in many other European cities, the proper nightlife doesn’t start till late. If you’re going to tour some bars before moving on to a club, don’t meet before 10 pm at the earliest unless you want to be the only ones there, and don’t enter a club before 2am. Most are busiest around 4am and don’t close til 6 or 7am. My favourite was Fun Club for its indie and rock music and lovely ageing DJ, but other popular haunts included Catedral (expensive drinks), Elefunk, Buddha del Mar and Caramelo - home to the weekly themed Erasmus nights. Calle Betis along the river has a wild reputation but seems quite quiet at times, although many bars along the stretch offer free beer before 11.30pm, 2 for 1 or buy one get one free (dangerous of course...). Fundición bar on nearby Calle Pureza also has promotions, but the crowd is mainly foreign, so you may not speak much Spanish there, although the barman may give you a free shot and a ride on the plastic bull in the corner... Erasmus students tend to gather on Monday nights in the Plaza San Salvador. This is a nice opportunity for meeting fellow students, although again, your Spanish may not improve drastically. If you fancy a quiet night after a few too many nights out in a row, renting a DVD is a good option and fairly cheap, as is going to the cinema.

Recommendations and some words of advice
The first thing that springs to mind is to not open a bank account in Spain. My mother thought it would be a grand idea, but it turns out, unsurprisingly, that it takes rather a long time to sort out. My debit card had to be resent meaning I took money out of my English account anyway. If you don’t want to pay for each withdrawal, go with Nationwide who don’t charge abroad. I would also suggest finding a tandem partner (my housemate found ours in a club toilet) - and by tandem, I do mean linguistic, of course - as they will actually point out your mistakes to you. Your sweet Brazilian housemate may just well be as clueless as you are, when it comes to uses of the subjunctive. Making friends with Spanish coursemates can be a little hard - most of mine in my Anthropology classes were over 55 and wondered why I was wearing a skirt when it was only 30 degrees out. However if you don’t try, you’ll never know... Lastly, travel as much as you can. We managed to find € 20 flights to Valencia, A Coruna and Barcelona. The coach is quite cheap too for visiting Cordoba, Grenada and the seaside of course.