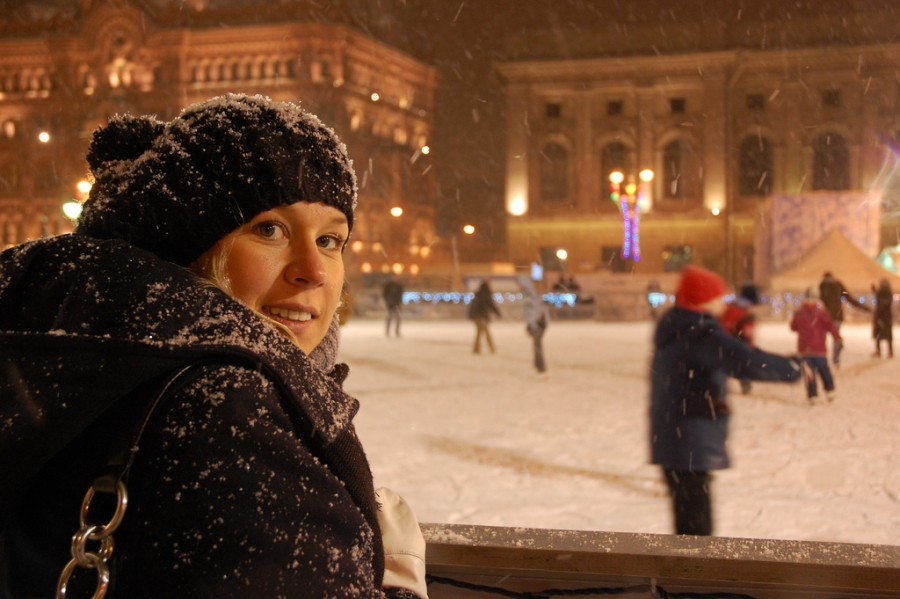 This article was written by Alice Genge, published on 6th April 2010 and has been read 42693 times.

St. Petersburg Russian Mole Diaries Russian-speaking
My first experience of Russia was when I arrived at the airport in late January only to discover that in my nervous rush off the plane, I had left my passport in the seat pocket. Since I'd only started Russian at university, this was my first visit to the fatherland, and I was terrified at the prospect of having to speak to a real live Russian when I got there. I was also convinced from all the stereotypical horror stories that you hear, that all people in positions of authority in Russia were extremely corrupt and liable to pounce on any opportunity to swindle money out of all unsuspecting foreigners. So my first Russian experience of having to approach a police officer in the airport and explain my predicament to her was a pretty daunting task!

As our university had seemed determined to enhance the experience by giving us the most cryptic information possible about our arrival, having retrieved my passport and exited into departures, I wasn't exactly sure what my next move should be. After a frantic few minutes looking desperately about myself, I located my panicked looking fellow Russian enthusiast from university Mair, who was surrounded by two chattering ladies wearing ridiculously warm looking fur coats (one of which I later discovered was made of water rat!) and brightly patterned headscarves. So far so Russian! Much to my dismay, I was then told that Evgenia, the babushka I was due to move in with, had been in hospital for the last week and would be staying there indefinitely. Feeling pretty overwhelmed, I was then escorted by taxi to the flat I would be staying in. Peering through the window, St Petersburg seemed dark and (obviously) snowy, and the grand tsarist buildings had an oppressive quality that added to the intimidating atmosphere. I was dropped off in the flat where I was staying and left to my own devices for a week.

After the initial panic on the first evening (cue tearful calls home and feeling very alone), Mair and I decided to use the time we had until our fellow classmates were arriving to explore and get to know the city. This initial venturing proved truly invaluable as we were then treated as the experts of St Petersburg – having read the guidebook cover to cover also didn't hurt! I had an amazing four months in end and met a brilliant group of people with whom I shared many cultural experiences, bizarre treks trough the Russian wilderness (I still swear I saw a bear) and many, many laughs at the vast array of mullets on display.

• The metro service does not run between about 12.30 and 6.00, which can be a pain when out at the weekend. Most clubs stay open until 6 so the hardcore can stay there all night. If you can't stand the cheesy Russian pop and have to leave early, there are lots of 24-hour cafes in the centre where you can get a cheeky snack to while away the time. I would not recommend walking home as the roads can be dark and very empty in the middle of the night.

• A ballet at the Mariinsky theatre should not be missed. It is an excellent place to take the parents or any other visitors as tickets are a lot cheaper than elsewhere, especially with a Russian studentcard. For a cheaper experience, you can go to the student theatre across the road, where tickets costs around £2-4 for a very high standard of entertainment.

• BE WARNED: the prices in most museums and attractions are different for Russian residents and for foreigners. Use your Russian student card as often as possible as this will give you considerable discounts, sometimes even free entry.

• I didn't set up a bank account as I was only there for four months. There are ATMs everywhere in the centre, although some of them might not accept your card. I would recommend getting a back account where they don't charge you for foreign withdrawals. I would also recommend informing your bank that you are leaving the country as it is very frustrating to sort out getting your card unblocked when you are away!

• Don't be afraid to get lost and explore the city – it is beautiful and unpredictable. You never know what you might discover around the next corner (even if it's just another hilarious mullet to add to your mental collection!)

What to take with you 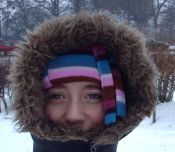 • A warm coat – not necessarily fur!
• A hat (if you want a bit of variation to your daily outfit take several)
• Scarves
• Gloves
• A laptop – most houses don't have internet and the university didn't have a computer room we could use. There are a few internet cafes but they are not cheap and not always good connections, There are not many places where you can get free wi-fi, but McDonalds is always a good bet!
• DVDs – a classic night in when you really can't face struggling through Russian TV!
• Lots of passport sized photos

And what NOT to take
• Thermals – it is very hot inside all the buildings so as long as you have a warm coat for outside you will not need these.
• HIV test certificate – in order to register at the university, we were told we would need this. I would recommend waiting until you get there as most places in the UK make you pay a lot for this (one student paid £90!), and none of them were accepted as they weren't correctly stamped and signed for Russian bureaucracy needs. This certificate is very easy and cheap to get once there.
• Hot water bottle – again as it is so hot inside. I slept with just a sheet on my bed even when it was -15 outside.