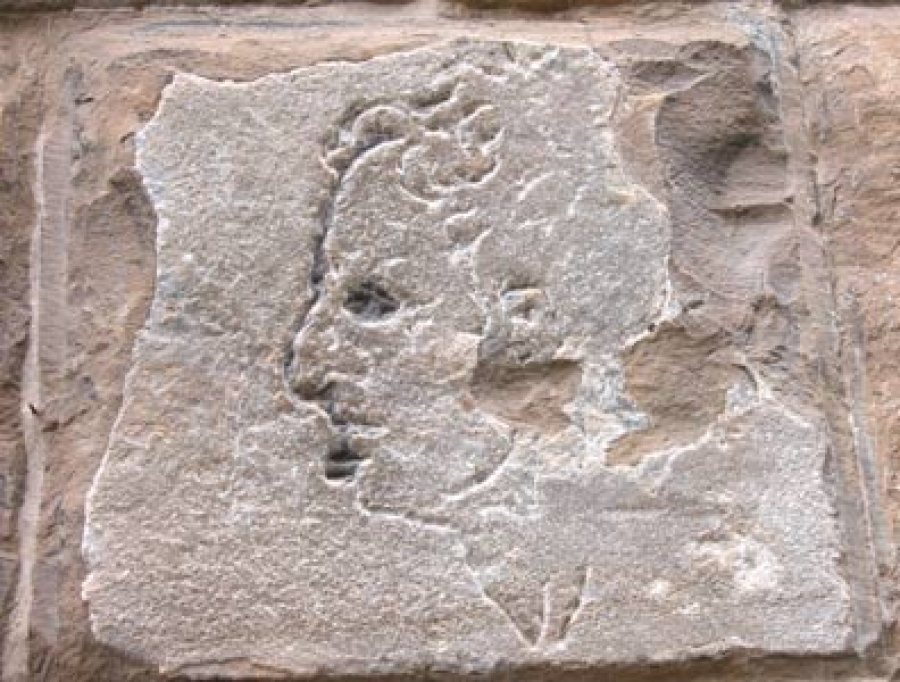 Michelangelo's carving of a criminal by Matthew Bates

This article was written by Global Graduates, published on 18th March 2010 and has been read 35159 times.

Florence Mole Diaries Italian-speaking
Lizzie studied Italian and History of Art at The University of Edinburgh, and spent her year abroad studying History of Art at the Università degli Studi di Firenze and working for Time Out. Here is her advice about discovering hidden cultural gems in Florence, and finding somewhere to live there.

When it comes to little, wonderful things around Florence which people might not pick up on, don't miss the little face supposedly carved by Michelangelo on the lower right corner of the Palazzo Vecchio's facade - supposedly a quick sketch of a criminal who was being convicted nearby.

Make sure you go to San Marco - in the church itself you can see the whole, dried body of Sant' Antonino which is a bit creepy and next door is the stunning Museo. All the monks' cells are there, each with a unique fresco by Fra Angelico, and you can see the library by Michelozzo - Cosimo de' Medici's favourite architect - and also the mad monk Savonarola's habit and cilith (a' la da Vinci Code).  Don't miss the brilliant portrait of him in the Refectory downstairs.  You can see exactly where he was burnt on the stake in Piazza della Signoria in 1498 because there's a circular inscribed gold plaque set into the ground just in front of Il Biancone (the massive fountain sculpture) by the Palazzo Vecchio.

Just around the back of the Duomo in the centre, there is a circular marble paving slab (within the cordoned-off area opposite the Museo dell'Opificio del Duomo - which, incidentally, is definitely worth a visit - they have the curved seat with long handles which one of the more weighty of the Medici clan used to sit on and have servants carry him up to the top of the cupola! - curved so they could go round and round, spiralling upwards and not hit the wall!) anyway, the marble slab represents EXACTLY where the gold ball from the top of the Duomo fell having been struck by lightning in 1600!  The gold ball (by Verrocchio) used to contain some holy relics until it was replaced.

Just there on the right (by the Bargello side, but parallel with the nave) there are 2 impressive sculptures - they're not that famous and would usually be overlooked, but one shows the architect of the main part of the Duomo, Arnolfo di Cambio, holding the tools of his trade and looking directly at the nave, and the other is Brunelleschi who's holding measuring tools and looking up at his magnificent dome!

The dome has such a wonderful story behind it - I love the idea that they had a competition to come up with an idea of how to build the dome (FAR too enormous for scaffolding, of course) and one person actually came up with the inspired idea of packing the cathedral with a mixture of earth and gold coins, so that after the bricks had been packed on top of the earth in a dome shape, they'd let everyone in to dig out (and keep) the coins, thus clearing out all the earth! Just next to the two sculptures is a restaurant called 'Il Sasso di Dante' - just there on the wall nearby are those exact words - that's where Dante used to sit and write in the summer!

If you can get into the Laurentian Library (often closed, so it's quite a treat!) by San Lorenzo, then you can see Michelangelo's famous steps which look just like lava spilling out of the actual library and as you go down them it seems that you're going underground as the wall decoration is so strange (worth reading up on if you go - PACKED with symbolism!  What a guy.)

The best places I know of for finding accommodation are Studentsville.it, the university's own listings (that's where I found my flat), the bacheca (noticeboard) inside the university where local students post ads for spare rooms, and last but not least: the Reasons to do a course at the British Institute of Florence, who have lots of families for students to stay with (and maybe even flats these days!), depending on what you're looking for.

To be honest the way I set up ThirdYearAbroad.com is so that students who are currently on their year abroad can pass on advice, and worried students can ask questions - that way the very, very latest information is shared, so I would recommend you to ask a question on our Facebook page or Twitter, then we can promote it and she might get a response from another student in the same situation, or even a student who is leaving his/her flat this semester and thus knows of a spare room! That's what usually happens.

My accommodation tips are:

1. Don't pay any money online, even for a deposit.
2. Go and look at rooms if at all possible.
3. Live with local students (I can't stress this enough).
4. Try not to live with Erasmus students.
5. When I was there rooms were about €300 per month. It might be more now! I was on via Pier Capponi outside the ring road which was perfect as it was outside the tourist zone, and on the university side of town so I could cycle there.