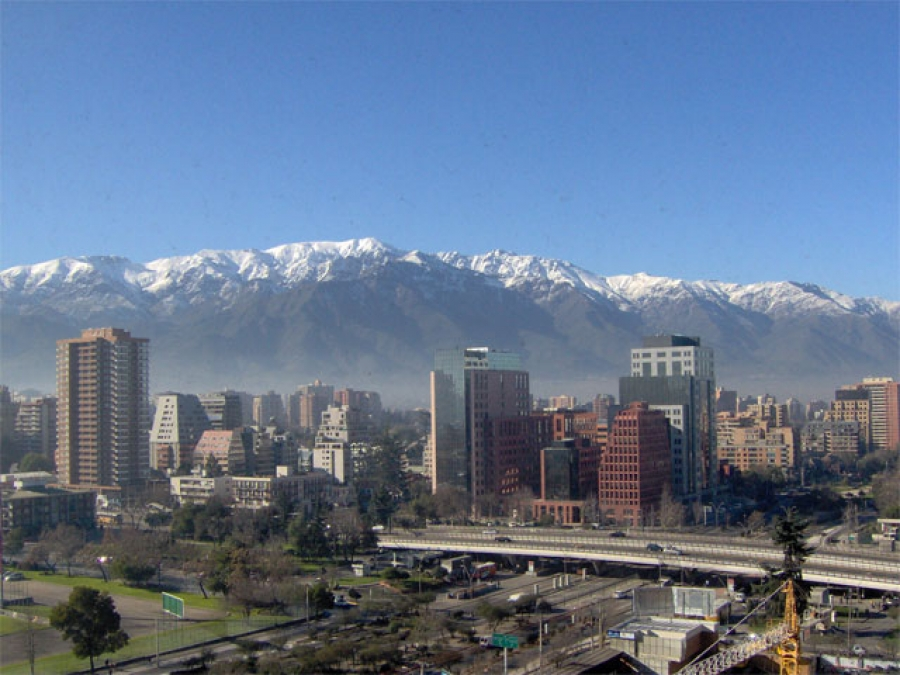 This article was written by Global Graduates, published on 24th June 2010 and has been read 3683 times.

Chile Santiago
City of ContradictionsAlthough not the prettiest capital city in South America, nor airy to say the least (pollution and smog make it a little difficult to breathe in at times), Santiago still pulls in millions of visitors each year - and after a couple of days here, you'll soon see why. Located pretty much smack bang in the middle of this adventurous coastal country, you'll be left speechless one a less-smoggy day, when the Andes rise high and proud on the West, with the beaches not to far out on the East of this marvellous city. In fact, you can easily go climbing in the morning and relax on the beach with a Pisco Sour for company in the afternoon. Yet it's not just its perfect location that brings in the savvy travellers and international students here.
Why should I choose Santiago for my year abroad?
Although a city that might be considered conservative and cagey at first glance, once you get passed the financial quarter of Las Condes and look past the Centro (worth a peek, if only for Mercado Central, a boisterous and colourful market selling all sorts of bric'a'brac and food), you'll notice the original art scene, bustling music venues and bohemian lifestyle. Chileans may not seem as refined (or pretentious some might say) as their Argentinian neighbours, but their capital city sure can keep you entertained, whether you're off for an internship, fancy studying at some of the most prestigious universities in South America, or even just hanging out, as they say.

Stroll downtown and you'll be confronted with leafy avenues, the hustle and bustle of daily workers and a few high street shops. Head on up to Las Condes and tall skyscrapers will leave you feeling dizzy, whilst reminding you of the fact that Chile is a strong economic power, in terms of Latin America. Barrio Brasil and Bella Vista offer a more bohemian perspective on the capital, with some great kooky shops and cool eateries to tempt your tastebuds. You can start off with the imposing Plaza de Armas, slap bang in the middle of downtown to get a feel for the place. From there, you can move on to the Palacio de la Moneda to check out the president's crib, as well as some pretty ornate and grand architecture, neo-classical style. The metro in Santiago is one of the best in the world, with an Oyster type swipe card you can also use on the bus (but without the hefty charges faced by users in the British capital), you'll soon wish we were as civilised back home! If you fancy a panoramic view of the city, make a stopover in Parque Metropolitano. The impressive Parque Forestral holds more than culture than you can shake a guidebook at: not only can you wander through the greenery there, you can also visit the Museo de las Bellas Artes and Museo de Arte Moderno, both to be found within its vicinity. Although books in this country are hideously expensive (most Chilenos end up going to Buenos Aires for their literary fill), many famous authors have sharpened their quills in this hotchpotch city. Go and visit one of Neruda's three houses, the beautiful La Chascona, literally meaning tangle-haired (after wife numero tres for the famous poet) is really something worth seeing. With a house modelled on the seaside, you'll enter a dining room modelled on a ship's cabin, ogle at coloured glass, pals of the late poet's artwork hung across the house and a shell or two making an appearance here and there.

If you're into your history and your art, don't miss out on the Museo de la Solidaridad Salvador Allende, a museum supported by artists such as Miró, Picasso and Matta in its heyday, it was taken abroad for its populist art during the dictatorship, becoming a symbol of Chilean resistance. For real visual art aficionados, take a little detour through the Museo de Artes Visuales and the Museo de Arte Contemporáneo, newly restored from past earthquake damage. A little known secret within the city is the Cementario General; perhaps not what you'd call a 'happy-go-lucky' kind of place, but bursting with history, some of the country's most important figures are buried right here.

In terms of food and beverage, you'll have to have your wits about you but, as you get to know the city, it will soon become apparent that Chilean gastronomy is pretty darn good. Try Astrid y Gastón for some seriously tasty Peruvian bits and pieces (you can't beat their ceviche), Bar Nacional for some old-school Chilean dishes (such a good spot that they've opened another branch within the city) and Don Victorino for the amazing décor and a good South American all-rounder, as far as food is concerned. These are just a few suggestions, out of the many, many eating dens you'll find sprawled across Santiago. If you fancy a taste of back home (well, New Zealand kind of back home), try a breakfast chez Café Melba, where you can get American pancakes and a cup of ol' Joe to wash them down with. French and Italian restaurants abound, and with Argentina being a stone's throw away (well, that's a couple of hours on the plane, 20+ on the bus...), steak houses with that incredible bife de lomo abound. Prices are, here, however, slightly higher than next door.

In terms of getting a top-up on the drinks front, you can go round the barrios of La Providencia, Bella Vista and Barrio Brasil and find a large handful of studenty places. We highly recommend Bar Dos Gardenías for the smooth live tango nights and the funky interior, Batuta for the mish-mash of musical styles (mostly ska and Manu Chao-esque sounds) and Café del Teatro for the relaxed atmosphere. Clubbing-wise, Etnico is THE place to be seen, but it comes at a price, where you'll mingle with Santiago's highest and mightest of the in-crowd; La Feria will get you moving to house and techno, whilst El Tunel will have you swinging those hips to good old classic cheese.

Perhaps not the most obvious choice for adventure fans, Santiago still ticks all the boxes, whether you're into your art, fancy tucking into classic dishes, going out on the razzle (errr, that's a night out to you and me) or combining city living with the odd trip to the beach or climb across the Andes. Result!