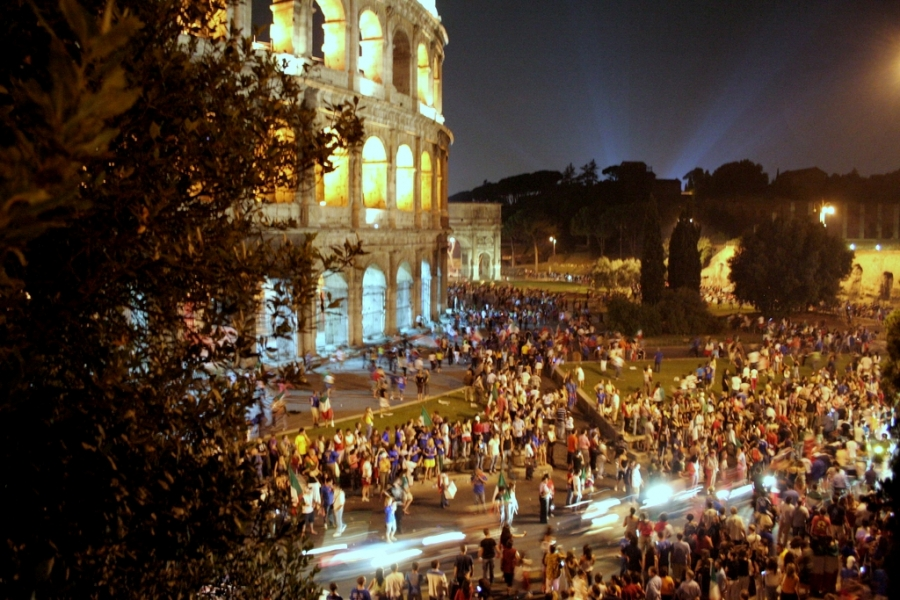 This article was written by Global Graduates, published on 12th May 2010 and has been read 31388 times.

Rome
City of World History The city of ancient civilisation that vanquished, conquered and reinvented the way we used to live, Rome is without a shadow of a doubt one of the most breathtaking and awe-inspiring places on earth. Rushed city dwellers whizz about on Vespa scooters, past the great remains of their ancestors' architecture across town, men and women have animated conversations over a cappuccino or glass of fine wine, students clamour together over a tasty lunch, grannies stroll about town, Gucci sunglasses on—Rome can only be described as a mish-mash of style, glamour and charisma.
An insider's guide to Rome written by a student on the scene...

Why should I choose Rome for my year abroad?
Just take a walk or a bus around the city and you'll be taking in a veritable outdoor museum. The impressive Colosseum is just one of the many historic sites to take in this architecturally diverse city, with the well-preserved Pantheon offering a real glimpse into the Roman Empire's former glory. You cannot help but be amazed at the combination of past constructions: basilicas have been built upon ancient Roman palaces and Neo-Classical buildings rub edges with Mussolini's self-gratifying monuments.

It seems as though every brick, every slab and every crevice here hides a rich, colourful past that sits firmly next to Roman shopping streets and parks. Speaking of which, if shopping is a must, then head on down to Via del Corso and Via Condotti, the latter for expensive designer goods and the former for a more modest budget. If you're looking for something a little different, take a look inside A.P.E for its one-of-a-kind goods and Antichi Kimono for original clothing.

Rome also contains the Vatican City, an independent state which is run solely by the Catholic Church. Within is St Peter's Basilica which has the largest interior of all the Christian churches in the world with works by the grand masters Michelangelo and Bernini. Whether you're looking for something more historical, scientific or even just out of the ordinary, Rome will have a museum or gallery to tickle that very fancy.

The locals also know a thing or two about rustic eating; a mixture of Jewish and working class heritage, the dishes in this part of Italy is rather simple cuisine. Offal and salted cod are often to be found on the menu, well seasoned and particularly tasty for the open-minded foodie. The less adventurous amongst you can dig into some abacchio, bucatini alla gricia or simply served with some pecorino and ground black pepper, and don't forget that classic Italian dish: pizza, the perfect start or end to a day.

For a tipple or two, turn into either Piazza delle Coppelle, Piazza di Pietra or around the square and streets of Campo de' Fiori where Romans, young and old, congregate in the evening. There's a great going out scene in Italy's capital city, where you can take your pick of the trendiest bars, hottest clubs and after-parties, so you'll never be at a loss of what to do.

An introvert's guide to the year abroad

Interning as a Journalist in Rome

Aline interned in Strasbourg, Turin and Rome and now works as a researcher at the Dachau Concentration Camp Memorial