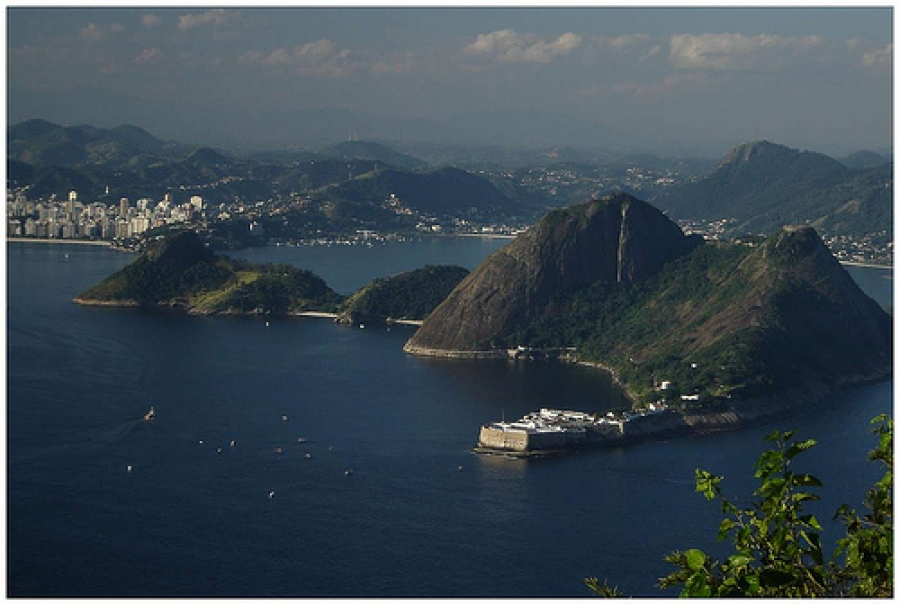 This article was written by Global Graduates, published on 29th March 2011 and has been read 3865 times.

Portuguese Brazil
City of SambaIf we spoke of a city that boasts at least 15 spectacular beaches, each more beautiful than the last, a world-renowned carnival bringing Latin flavour and culture alive each February, some of the freshest and quenching caipirinhas in the country, you’d think we could only be referring to Rio de Janeiro, one of the Seven Natural Wonders of the World - and you’d be bang on the money. Bustling with business, frenzied streets and its mind-blowingly pleasant beachfront make this place a veritable haven for any year abroader. Though bad press has led many to believe the city is rife with danger and crime, undeterred, many expats call this place home; and have done so for a vast amount of years. Travel to these parts, and the sheer sense of vibrancy will have you yearning for more. This is a place to get quite happily lost in, over your year abroad...
Why should I choose Rio de Janeiro for my year abroad?
If you like to party and you want the best parts of Portuguese mixed with a Latin American lifestyle, Rio’s the place to go. It’s not for nothing they call this place ‘la cidade maravilhosa’, from the locals (cariocas) to the thousands of foreigners, Rio always has something on the agenda - art, music, samba dancing, you name it, you can find it here.

Studying in Rio has many advantages - you can benefit from top dollar universities and colleges, take your pick from local state unis (the UERJ and UFRJ amongst others) or the language institutes scattered around town.
Rio was, once upon a time, the makeshift capital city for the Portuguese during the Napoleonic takeover of the Iberian Peninsula. As such, it has always been known for its trade and business, giving year abroad students the chance to sort out some brilliant work experience out here. Added to this, the booming economy and growing markets mean that students looking to do a placement here may find themselves working with international business; a real boost to any CV.

As for culture and the Arts, Rio has many museums and art galleries within the city walls. Take the Instituto Moreira Salles; with more than 80,000 photographs, showcasing old town Rio as well as other Brazilian cities and with regular exhibitions by some of the best photographers in the country, aspiring photographers and enthusiast can glimpse round the rooms, to their heart’s content. The Museu de Arte Moderna offers works by national treasures, such as Bruno Giorgi and Maria Martins, as well as showing brilliant arthouse films in its in-house cinema. If you’re interested in the history of the country, you shouldn’t miss out on the Museu do Indio, giving a real insight into Brazilian indigenous cultures and way of life in a relatively small space. Another contender for any history fan would be the Museu Histórico Nacional, from its founding all the way through to the abolishing of slavery in the late 19th century.

Many beautiful buildings populate Rio, some more colonial than others - the general mood round the city is that of nostalgia, the architecture reflecting a bygone era of Portuguese colonisation. With Brazil set to be one of the super powers of the future, contemporary architecture has sprouted round the Northern bay and around the Centro area. Rio saw its boom years, in terms of bricks and mortar, during the Art Deco movement; you’ll spot many buildings reflecting this style, sat alongside rather more modern constructions. You should pay a visit to the Teatro Municipal, the Corbusier-designed Palácio Gustavo Capanema as well as the Centro Cultural Banco do Brazil, the latter a large cultural centre with an extensive programme of activities and events. Also of note are the Paço Imperial and the Palácio do Catete.

As well as gorgeous beaches, cariocas treasure the city’s many parks, a breath of fresh air from the inner-city pollution and rowdy streets. Two of the best are the Parque Lage and Parque do Flamengo. Though, if you’re up for doing something outdoorsy, you should start with a trip up the Pão de Açúcar, with breathtaking views, especially at sunset. The immensely popular (and touristy) Corcovado mountain, with its world-famous Christ statue at the very top, is something you can’t afford to miss - though make sure you avoid the worst of the queues by heading there on a weekday, preferably round 2-3PM. Hiking and trekking are also quite popular in Rio - make sure you visit the Couchsurfing Trekking in Rio group.

Now, for the good stuff: beaches! You’re in for a treat whether you’re looking to sunbathe and swim with calm currents (Ramos, Flamengo and Urca are great) or ride some monumental waves (catch them at Recreio). Enjoy a rather tasty orange and carrot juice, or grab one of the local beers and take in some of the most breathtaking oceanic views the world has to offer!

Going out doesn’t necessarily have to be an expensive ordeal - in fact, many places offer comida a kilo; you pay for the weight of your food, with good rates (a bit like All You Can Eat back home). The national dish feijoada, a black bean stew with pork, is a must-have at any local restaurant. Some of our favourite places to eat here are Arataca (Amazonian food to die for), Barreado (seafood) and Marius (churrascaría), though there are hundreds more to choose from. Don’t shy away from trying the local produce and the excellent pastries, usually Portuguese inspired but with a much appreciated Brazilian twist.

Who could speak of going out without mentioning the annual carnival? Lasting two weeks in February, floats, samba parties and classes and a whole lots of feathers, sequins and good vibes sees Rio’s heart tick to a new beat - well worth seeing at least once, just for the experience. Having said that, Rio doesn’t just go to sleep for the rest of the year, either; there are plenty of cool, subdued, loud, fun, tacky and kitsch bars to choose from. The neighbourhood of Lapa is a good place to get going, thanks to its friendly and young crowd, complete with cheap drinks and all sorts of music. Clubbing is also big news here, especially if you’re into your bossa nova, electro and trance music, though there are a few establishments playing popier or rockier tunes. Zona Sul offers more alternative clubbing, whereas the big super clubs, like Bombar and Melt are more in tune with Lady Gaga lovers. One thing is for sure though, closing times here have nothing to do with those back home - you can easily party in the early to rather late morning hours, with the rest of the party lot.

Beaches, sensational food, culture, bag loads of art and an incredible music scene all add to Rio’s charm. Whether you’re looking to study or work abroad here, you can be sure of one thing: you’ll be having the time of your life!

The adventures of studying in Rio de Janeiro