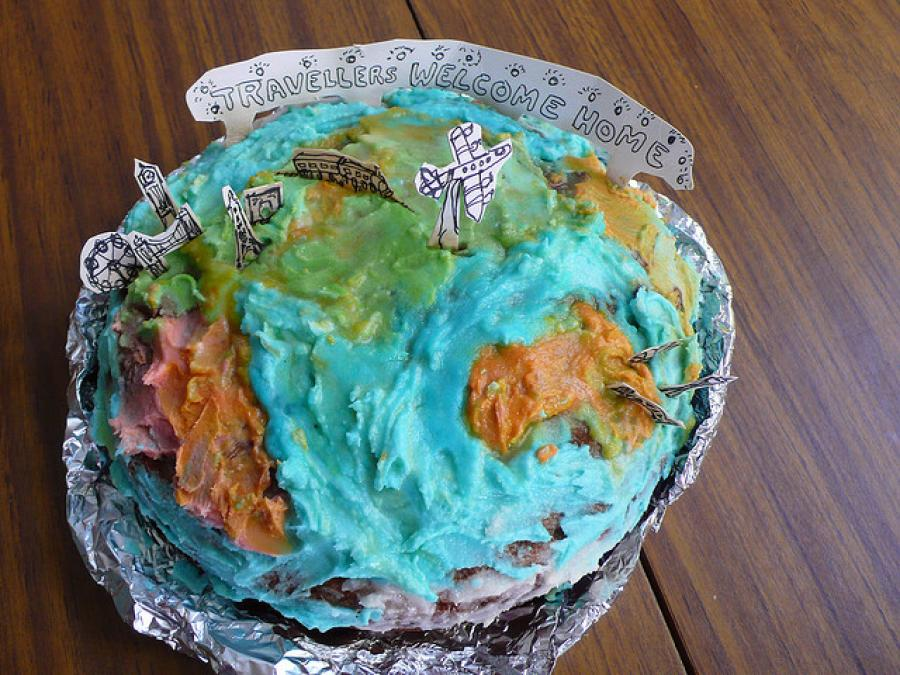 This article was written by Kate Merrick, published on 10th March 2012 and has been read 6704 times.

Living and working in France Language Assistant Culture Shock
Last year I was a teaching assistant in Laon, a small town in Picardie. As I nervously negotiated my first weeks there, assimilating to a new job and a new culture at the same time, had someone told me that it would be harder to leave than it was to arrive, I would have told them they were crazy.

My first three weeks were a blur of paperwork, photocopying cards and introduction classes that left me feeling both exhilarated and exhausted. There was the occasional class who had unanimously decided to meet this strange English girl with a wall of silence. But, by and large, I won them over. The challenge of getting and keeping my students’ attention, especially with the more boring topics, went from intimidating to exciting. When my students (and I) had a great class, both in the sense of learning and having fun, I left feeling proud of them and satisfied that I had achieved my aim.

Then there were the cultural adaptations: little things like not backing away as my colleagues lent forwards for the “bises” (kissing on both cheeks), finding out the hard way that Laon is closed on a Sunday, finding a good quality, four course lunch in the school canteen, learning to shrug it off when the many strikes prevented me from getting a train/bus/having more than two students show up for my class. But I got used to the “bises” and making sure I had food in for the weekend. I got used to my main meal being at lunchtime, always followed by a hot chocolate and a chat in the staffroom. I even got used to the strikes, which occasionally messed up my carefully prepared classes and my equally carefully prepared travel plans. In fact, I got so used to all of this so quickly that any hint of culture shock was absorbed and balanced out by the amazing new experiences I was caught up in.

So you can imagine my surprise when, on returning home in May, I felt somehow out of place. I found myself having to think about how to greet people (Hug? Kiss? Handshake?…it was so much easier when I could just kiss them on each cheek). I was put off eating out (really, those rubbishy ingredients and they want to charge how much for it?! My school canteen was better than that!). Most of all, I was at a loss (no more lesson plans?! But I have so many ideas…). Even things as basic as how people dressed in France had permeated my subconscious to such an extent that I threw out half of my wardrobe as soon as I got home without even trying any of it on.

This grumpy restlessness continued on and off throughout the summer holidays. I couldn’t shake the feeling that this was my home, so there must be something wrong with me if I couldn’t fit back in, right? Then I started my final year of uni. To my immense relief, when I confided in others on my course about this “off” feeling, no one told me I was losing it and almost everyone agreed: it was culture shock. Some people hadn’t noticed the culture shock either way, some had had trouble adapting in their year abroad countries, but those who felt it coming home had found it particularly hard to deal with. Not least, because they weren’t expecting it. No one warns you that coming home from a culture you have integrated into can be equally or more stressful than integrating in the first place.

So this is me warning you, and telling you what I wish I had known last summer: maybe it won’t affect you, but if you do feel this way, you are not alone. As off-putting as it can be, it is perfectly normal to feel culture shock on leaving for or on returning from your year abroad. Try to see it as proof that you are taking a little bit of your cultural experience with you. And above all don’t let it get you down, because the culture shock will pass and when it does, you will be left with the wonderful memories of your year abroad and, if you can control your reaction to culture shock better than I did, a fully intact wardrobe.

The End of Year Abroad Blues
Here's a vlog from Lola who's just home after finishing her year abroad in Moscow:

by Emma Young
Living and working in France

by Charlotte Aitken
Living and working in France

How to survive your year abroad in an isolated location

by Charlotte Hale
Living and working in Germany

by Rebecca Heitlinger
Living and working in France