22 reasons to choose Switzerland over Germany 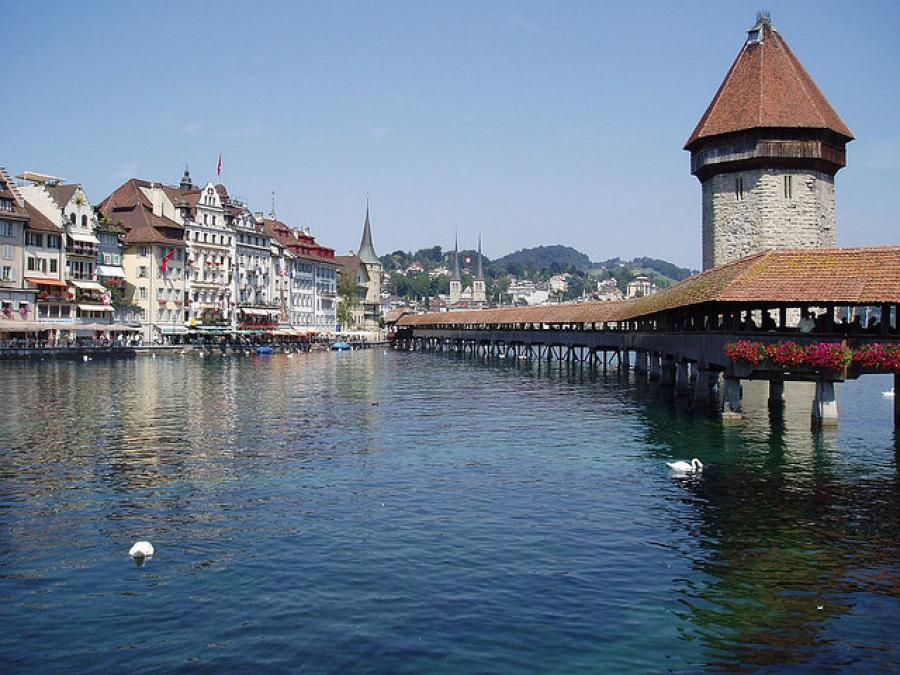 This article was written by Georgia Scanlon, published on 28th June 2013 and has been read 23178 times.

Durham Uni Switzerland
Georgia Scanlon is studying French, German and Italian at Durham University, and spent her year abroad as an Erasmus student in Brussels and Bern. She wrote the brilliant Bern Mole Diaries for us, and here are her 22 reasons for German-speakers to choose Switzerland over Germany for your year abroad...

For anyone choosing a Year Abroad destination in a German-speaking country, whether studying German or not, Switzerland is very often overlooked, definitely undeservedly. While Germany is of course great and has plenty to offer, Switzerland has plenty of advantages that give it an edge when it comes to picking a place to spend your YA:

1. First up and most obvious of all is the multilingualism.

The 4 official languages mean you can practice different languages or could even pick up a new one or two, something that Germany can’t brag about.

Switzerland is a melting pot in pretty much every area of life because of the different native communities and the newer immigrant ones, and the varying landscapes.

3. Home of two of the best foods ever: cheese and chocolate.

Gruyere, Emmentaal, Lindt, Kambly, and so many more. You can never have too much of either, though cheese hangovers are a real risk!

4. Free factory trips to the above.

Sunday afternoon in the Kambly (a biscuit manufacturer) factory with unlimited free samples of every type of biscuit/cracker/chocolate/meringue that they produce? It even beats Cadbury World (feels like treason to say that!)

Sure Germany has it too, but does it open with a man dressed as a bear hiding in a 2nd floor window, while someone else is taken up in a crane to open a giant lock with a giant key to release the bear and bring it onto a stage? Didn’t think so.

6. Alps. Swiss ones to be precise.

The chance to see some of the most iconic mountains in Europe, and the “Top of Europe” is exclusive to die Schweiz/la Suisse/la Svizzera, not good old Deutschland. Not forgetting the

famous resorts like St. Moritz and Verbier for the ski fans amongst you!

Now I accept that Germany has a pretty good reputation for punctuality, being efficient and all that, but can you get more efficient and on time than a country famous for clock making?

This simple dish originated in Switzerland, it’s basically a huge hash brown (onto a winner already) with whatever topping you want.

But after you see him winking at you from so many billboards advertising “Credit Suisse” (one of the big Swiss banks) you feel close enough to call him just Rog. A legendary tennis player and sportsman, and just a bit popular round Switzerland.

Pretty colours, less common than Euros and also much stronger and less rip-able than them too.

A beautiful postcard image that exists all over those incredible Swiss Alps, yours to visit at any time. 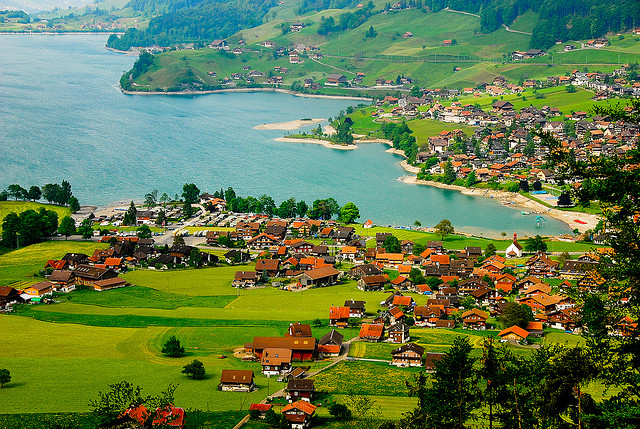 12. Free ringside seats to watch the Parliament of the most famous neutral country in the world at work.

(As in you can go and watch them vote on things from human rights to whether all Swiss ships should fly the Swiss flag when at sea for free!)

Nearly all buildings in Switzerland have a nuclear bunker (including the student halls) meaning in the highly unlikely event that nuclear war occurs on your year abroad, you would be prepared for every eventuality. Or it provides an excellent space for an “End of the world” themed party!

14. Expensiveness of Switzerland actually has an advantage.

While the cheapness of Germany will have you spending so much because it’s so cheap, you learn to budget well (good life skill) and also, the quality of all products is guaranteed to be high (and 8 times out of 10, it’s local Swiss produce too).

Salaries of part time-jobs are amazing, for example minimum/low wage jobs in the UK like waiter/bartenders get around 30 CHF an hour (£20-25).

You get very excited when things are cheap, and when you come back home everything feels like it’s good value.

I think this is partially due to Swiss guilt at prices being high, but the free giveaways here are really good quality. Free cans of beer given out outside the uni building, chocolate hearts to everyone on Valentine’s day, truffles to ladies who go to the football on Ladies Night, and Fanta, Mikado (those chocolate stick things) and Ovomaltine (more on that later) being given out by the bucketload at the train station to anyone.

18. Ovomaltine (as mentioned above).

Exclusive to Switzerland, this chocolate/malt hybrid is everywhere. It was originally a spread (like Nutella but malty-er) but now exists as chocolate bars, several types of biscuit, cereal, drinks, ice cream, and the list goes on. It’s compulsory to try it (you’ll probably be given it free at some point anyway) but warning: you will become addicted. Example: I saw a man wearing an Ovomaltine beanie hat. Enough said.

Three Swiss cities make it into the top 10 cities worldwide for best quality of life, and 2 into top 10 safest cities in the world. The water everywhere is drinking standard – fountains in the street, tap water, you name it (within reason obviously!), the air quality is incredible because pollution is a minimum, the list goes on.. It’s also one of the richest countries too, making a change from the cash-strapped Eurozone.

It’s so unusual and exotic to go to Switzerland for your Year Abroad, making the whole experience a talking point that is out of the ordinary. A big advantage especially for those who have to do Year Abroad Projects, or like me – a speaking exam about your time abroad.

Amaze everyone back home (who studies German) when you slip in a little bit of Swiss German into conversation, it’s hard at first but you get used to it and it definitely makes Standard German easier.

Switzerland has all the goods (cities, mountains, lakes, forests, towns, ancient heritage) that all European countries do but in a nice compact space, meaning you don’t have to spend as much time travelling to see something completely different and new!

I fell in love with Switzerland, that small landlocked “island” in the middle of Europe because it’s something special. It stands alone and proud, and gets by pretty darn well by itself. It has great chocolate, an even better landscape and an efficient population, ready to help you navigate the endless form filling of home universities, Erasmus grants, work permits, and bank accounts. I can’t say enough good things about this country, but don’t just go on my word alone, go there yourself and find out all the amazing things Switzerland has to offer you (number one being free chocolate)…

Why everyone should travel solo at one point in their life