Home Articles Putting my foot in it: Dealing with an injury 7000km away from home
Share
Tweet
Write for us 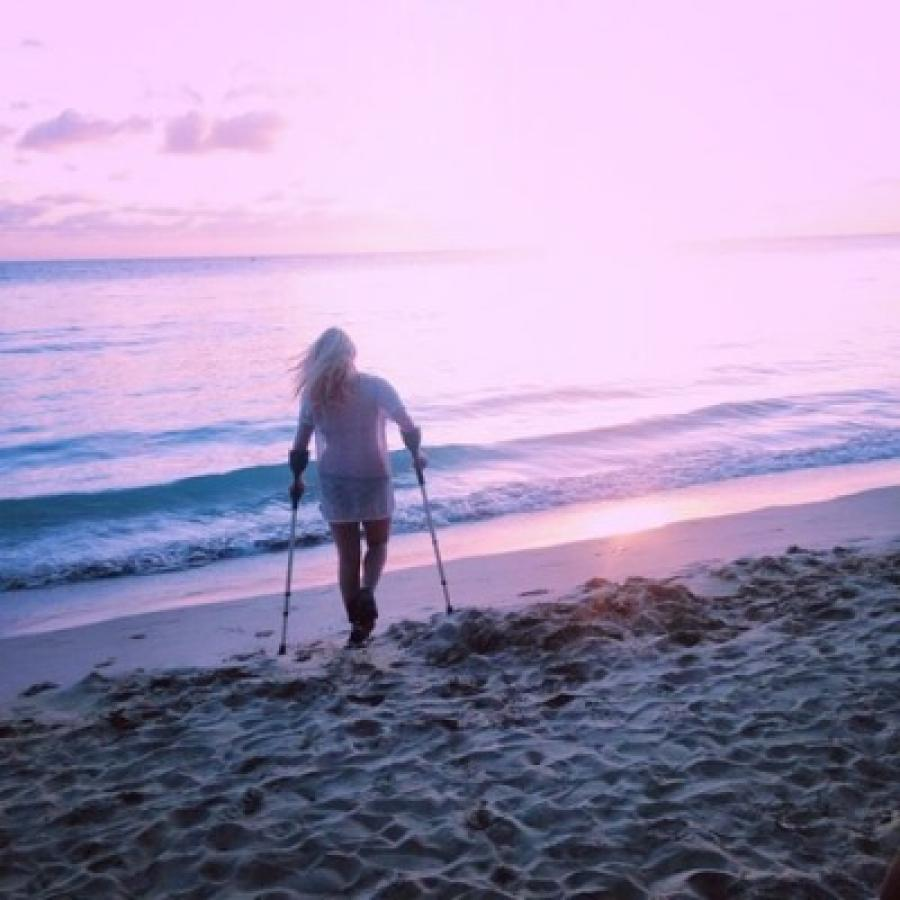 This article was written by Imogen Reid, published on 26th January 2015 and has been read 4452 times.

Imogen Reid is studying French and German at King’s College London, spending her year abroad divided between studying at two universities, the University of the French West Indies and Guyana on the island of Martinique, a French overseas department, and at Humboldt University, Berlin. This is her story of dealing with accidents, broken bones and les hôpitaux français! You can keep up with her adventures abroad on her blog!

Week nine of Martinique: my loan was running out, my Erasmus grant was yet to come in, deadlines were creeping up and I was starting to realise my “holiday time” was running out. Then, queuing for lunch in the canteen (after skipping breakfast that day), I fainted, fell and broke a bone in my right foot.

My blurry memories of that day involve being carried to the nurse’s office, riding in a blaring ambulance, watching the Caribbean sea rush past from my stretcher’s position by the rear window, poor attempts to speak French with hospital staff, no mobile signal, long hospital corridors, racing tiny cartoon cars on an Alcatel screen and a seven hour wait.

There’s nothing like a trip to the local hospital to give you a real perspective of life in a foreign country. I was lucky to be in Martinique, with one of the best healthcare in the West Indies (thank you France!) as long as I was prepared to wait for said healthcare… 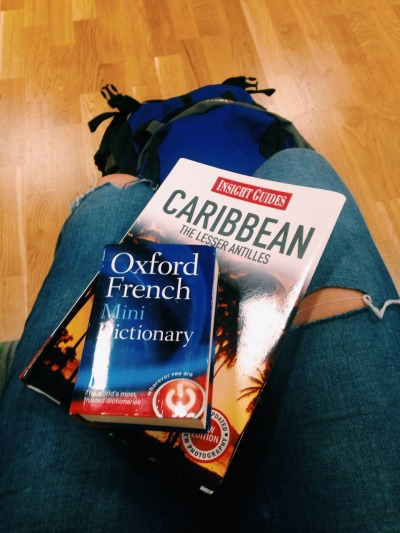 I was wheeled into les urgences on a stretcher, with little information relayed to me about what was happening. My general confusion, the pain in my foot and my dizzy state did little to help my broken French, and the ambulance staff, although friendly, had given up in trying to talk to me. When I began to feel more like myself I found I had already been written off as not a strong French speaker, and I was put at the back of a long queue - waiting five hours to get an X-Ray, and another two hours to see a doctor.

A year previously, I fell off a bike when working at a hotel in Portugal and broke my arm, leaving me with a respect for the value of good travel insurance and well-versed in navigating a foreign emergency medical situation: SAVE EVERY RECEIPT.

In France, wheelchairs and crutches are given to you via prescription, so you must make it from the hospital to the nearest pharmacy on one foot before you get any walking aids. The only reason I didn’t (quite literally) hop onto the next plane home at this point was due to the help I had from the friends I had made here in my first few months. 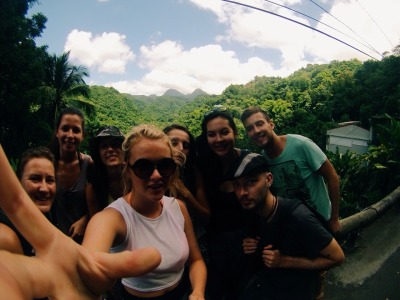 The next two weeks I got pretty depressed. I couldn’t use the crutches I had been prescribed as my left arm was too weak from an operation I had had from my broken arm the year previously, the wheelchair I had ordered was out of stock for two weeks (island problems) and yet again, I had moved abroad, alone, and managed to screw things up pretty badly.

Netflix, Grey’s Anatomy and a steady stream of concerned friends armed with baguettes and Nutella got me through the first few days. The next week, a friend from home was scheduled to visit, forcing me to train myself up on the crutches so I was able to get up and show her around the island. This was the push I needed, and life felt so much better as soon as I was out of my tiny room at the résidence universitaire.

Eventually, my arm got stronger, my foot got better and I learned I was far more mobile in the water than I was on land. We found a beach home to wild turtles on the south coast of the island and have since returned a few times, equipped with snorkelling masks. Swimming alongside the turtles in a bay surrounded by volcanic mountains and palm trees; starfish, small octopus and sea eels getting on with life beneath us on the sea-bed below, will, I’m sure, be one of my favourite memories of my time here in Martinique. 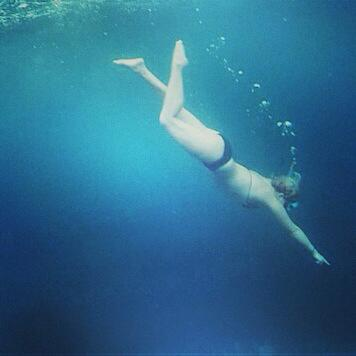 Instead of being frustrated with my lack of mobility on this paradise island, I began to look at the positives. Island transport meant that early on we had bought a car to share, meaning my biggest struggles were hopping to and from the car, where we would then whiz through beautiful Caribbean scenery, arriving at a beautiful beach where I could sit with my friends for a few hours before driving back. The pace of life on the island was kinder to me and my slow limp/hop than I can imagine central London would have been.

My Erasmus and international co-ordinators in both Martinique and London, who I made sure to keep up to date at all times, were kind and understanding and I was able to get by at university much better than I probably could have if I were back in my final year at King’s.

Finally, the experience gave me the push I needed to make some brave decisions. By late November, I had more mobility and was feeling pretty panicked at the thought of the fast-approaching end of term.There were so many things I had wanted to do in Martinique and I felt that my dizzy head and weak bones had stolen that from me. So, I made the decision to tell my family that I wouldn’t be heading home for Christmas, choosing to stay on until February (my term in Berlin wasn’t to start until April). I extended my time in the Americas and travelled to Barbados, New York City, Philadelphia, Washington DC and Guadeloupe. I saw Christmas at the beach, dance-offs in clubs in Barbados, walked over the Brooklyn Bridge to downtown Manhattan, got caught up in the world’s largest Menorah parade during Hannukah in Philadelphia and saw the start of the carnival season kick off in Guadeloupe. I got a job as a tour guide back in Martinique, teaching me more about this little French island than I think I probably know about our British one and have seen my French improve more than I could have, had everything gone to plan.

I’m a couple of hundred of euros down, waiting for my insurance to reimburse me for hospital costs and I’m still walking with a funny little limp, but in general everything is a-okay.

8 Lessons to be learned: 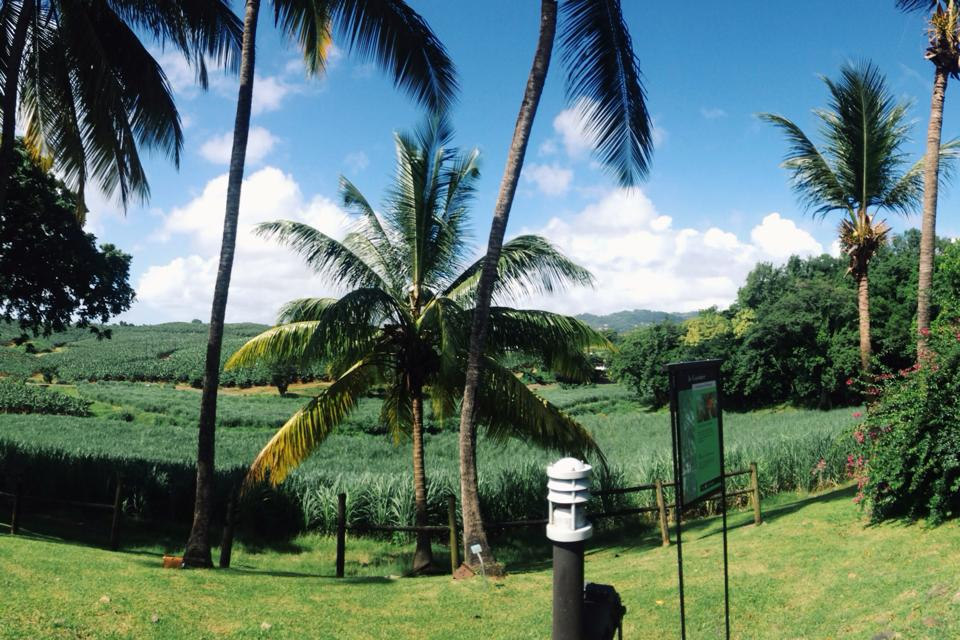 Hiya,I've just come back from my year abroad. I suffer from chronic migraine and manage it mostly with medication. First thing I would say is if your home uni isn't aware of your condition, you should...