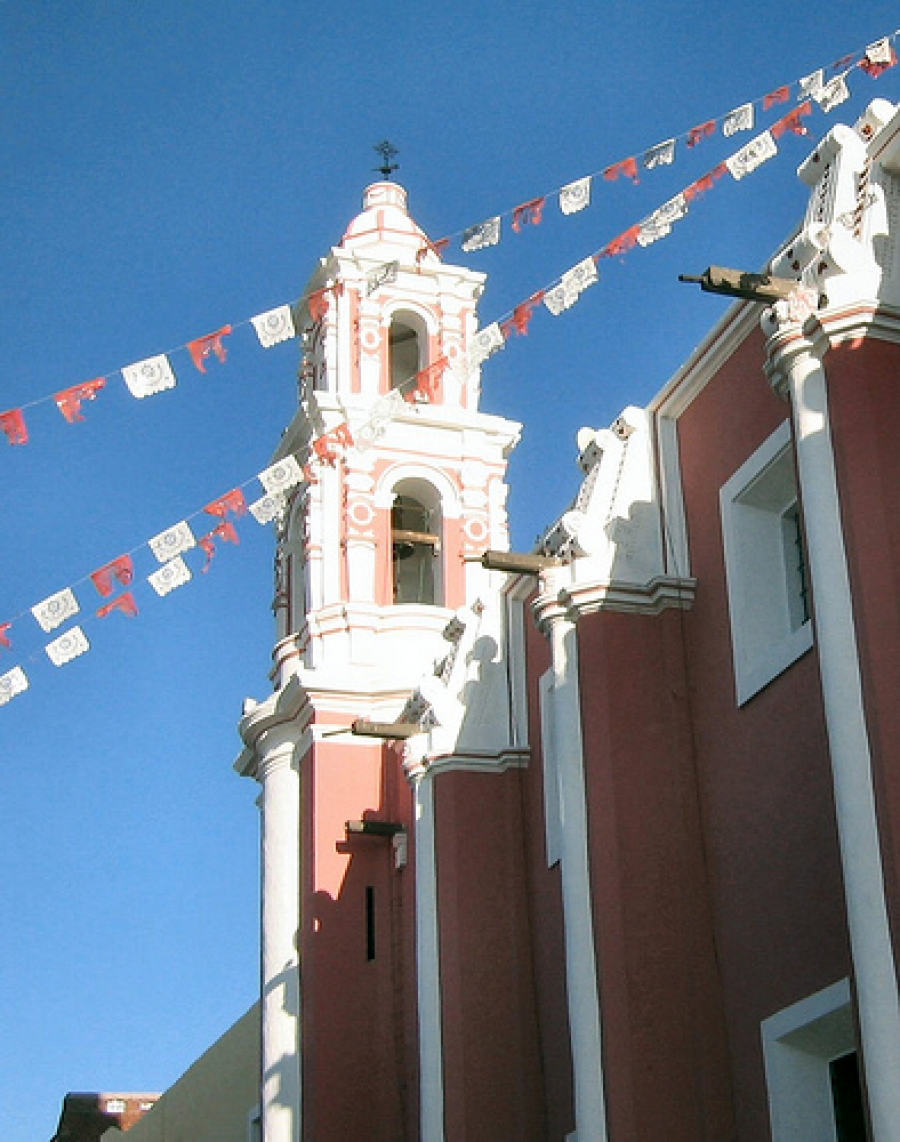 This article was written by Global Graduates, published on 27th November 2010 and has been read 3277 times.

Mexico Puebla
City of the AngelsPuebla, or rather ‘La Ciudad de Los Angeles’ (before LA stole its name), is rooted in the gorgeous plains of Central Mexico, neighboured with the impressive Popocatépetl and La Malinche volcanoes. Known as the fourth largest city in Mexico, Puebla is a force to be reckoned with. Historically important as it was the stop-over for Spanish families between the port of Veracruz and the metropolis of Mexico City, Puebla is awash with colonial buildings and echoes of its Iberian past influences. Talavera, the city’s own take on ceramic tiles, can be found on every street corner within the city centre, whereas if you travel outwards, you’ll come up close to modern buildings, such as Las Animas, a popular shopping centre. Here, both new and old intertwine, with contemporary restaurants rubbing shoulders with folkloric fondas...A city known for its culture, its food and its party atmosphere - a place a student can truly call home from home, for their year abroad.
Why should you choose Puebla for your year abroad?
With so many universities on offer, notably the BUAP, Puebla is a city with a forever young character, especially around the Carolino, in the centre. A range of other unis bring in all sorts of foreign students, though you’re most likely to come across Spaniards and French estudiantes. If you’re planning on working, you can make the most of the international companies that have taken a firm hold on the city - look for work around the Angélopolis area (there’s a great shopping mall, there, too, in case you have a spare hour or two!). Teaching here has also become popular, with the British Council Language Assistantship scheme or independent schools - if you’re going to choose the later, make sure you agree on hours and pay before signing any contracts. Having said that, regardless of what you’re doing on your year abroad, if you’re looking for a city that offers just the right amount of Mexico, with the occasional dash of Europe, Puebla’s going to be the place for you.

It’s not just aesthetically pleasing, with so many old colonial buildings erected across the centro’s streets, all painted in different shades of oranges, pink and red; the food out here is quite simply outstanding. Mole, a popular Mexican dish, comprising of a rather thick brown sauce, spiced with chocolate and chili, amongst other ingredients, is said to have been born here. The Oaxacan people are said to differ in their opinion, having the very same dish in their region, yet the taste does differ. If you’re after antojitos or proper comida corrida, Puebla will undoubtedly fill the right hole, as it were. With so many fondas (old-school eateries) and corner restaurants, you can spend a small amount and have your stomach reap the rewards, or pounds...Due to its cosmopolitan airs, Poblanos have earned themselves a bit of a reputation across the country as being a little presumptuous (you may come across the rather prickly term pipope (pinche poblano pendejo), which has been reworked, by the Poblanos themselves, to mean piezas poblanas perfectas...make of this what you will). Yes, the city is richer than most in the country, and yes, some of the Poblano students do seem a little up their own thingymajigs with their Nextels and latest I-phones, but then again, a swallow doesn’t make a Summer. Some may get on your nerves, whilst others may prove to be the best friend you never had. Most students coming out here end up having a wicked time, as the town proves to be such a large student base, and there’s so much to do.

If you’re around the centre on weekends, make sure you stop off over by the Carolino and the Plaza de los Sapos, where a hippy market takes place and you can nab some bargains, from rugs to jugs, to plugs (the earring kind, naturally). If you’re more into your brands, head to one of the many shopping centres peppered across the city. If you’re looking to buy typical goods, head to El Parrián, where you can get hold of local speciliaties like the dulces típicos, as well as leather goods and pots and pans from the area. Make sure you barter to get the most out of your pesos though, as some sellers like to push their prices up.

If you’re after some culture, Puebla’s got quite a bit to offer, as do the nearby towns of Cholula and Atlixco. Cholula was built, like most cities in Mexico, above a pyramid, yet its fame comes from the fact that its base is the widest in the world. Additionally, the town boasts a reputed 365 churches, yet this is debatable as most people can spot on average 45. Here, you will also find the majority of Puebla’s clubs and bars, specifically aimed at the students of the UDLA nearby. A range of electro, chart classics, cheese, rancheras and much more is on offer each night. Try out the different places and choose your favourites as the weeks go by. Atlixco is famous for its swimming pools (lovely on the hot days that are frequent in this part of Mexico) and its flora. It also has a good range of restaurants to choose from, if you’re looking to spend a rewarding Sunday making the most of the sunshine and tranquil pace here.

Within Puebla itself, you can come across some relatively decent bars within the centre as well as around the Avenida Juárez, past the rather grotty 11 Sur. Here, and around the area (La Paz), you’ll find French, Spanish, Thai, Italian, Argentinian and Mexican restaurants of decent reputation. La Silla is quite good, for its bife de lomo, though be aware that the tequila shots cost quite a large sum here. La Ruta de los Vinos is perfect if you’re after some French cuisine and wine.

As mentioned previously, a night out on the tiles can only really be achieved around the Recta a Cholula, where you’ll be spoilt for choices. Mind the other international students and occasionally creepy bartenders in El Tigre, and you’ll have a night to remember (or perhaps not, depending on how much Mezcal goes past your lips!).

All in all, a firm student favourite in Mexico, with a variety of good schools and universities to choose from, as well as good internships to be snatched. Hippy and slick, contemporary yet quaint, Puebla really hits the right spots for tourists, travellers and year abroad students alike. No wonder so many choose to come back!

Ab Initio and the Year Abroad