Preparing for a year in Japan 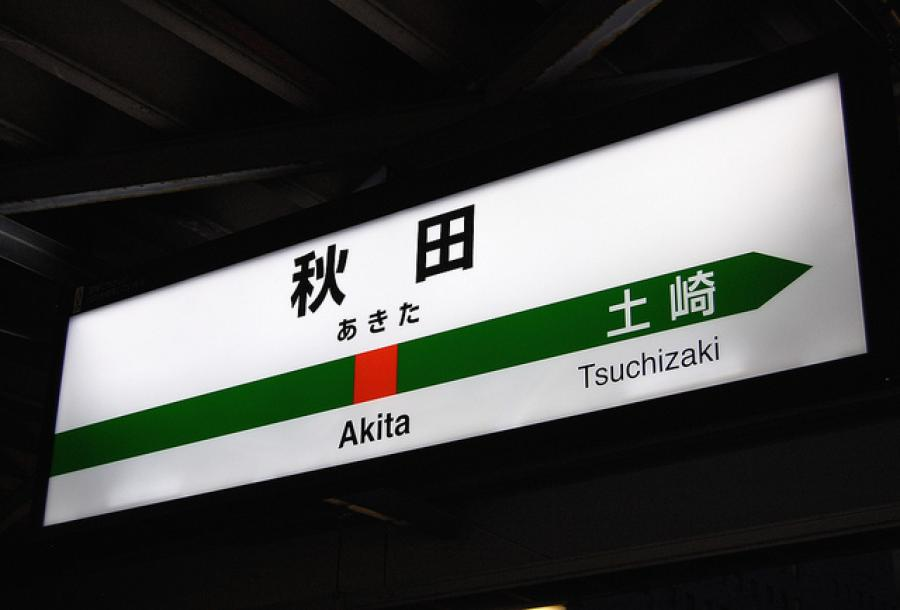 This article was written by Lizzie Lawrence, published on 14th August 2013 and has been read 13446 times.

Japan Japanese Akita UCLan
Lizzie Lawrence is studying Asia Pacific Studies with Japanese at the University of Central Lancashire, and she's about a week away from going to do her year abroad at Akita International University in Japan (in the 'Scotland of Japan' to be precise). She says, "Since I have been doing a large amount of planning for this, I want to share some tips with other future travellers," so here is her advice about packing, money, travel and contacts...

So I’ve pretty much spent my entire time at University leading up to this point in my life: my year abroad in Japan. Whenever I say something like “oh, I’m studying Japanese” or “I’m about to go off and do my year abroad in Japan”, I usually get the ‘huh?’ face (or something similar, you know the one). I think my family are the ones who have to put up with the worst of it, as I haven’t stopped talking about it since I found out I where I was going, in February.

My year abroad itself is in Akita (another ‘huh?’ face required there), which is in the North of the main island of Japan – Honshū. Most people will have probably never heard of Akita, apart from in dog/puppy context….they are the bane of my Google searches! I’m going out there to study at a relatively new, but up-and-coming, university called Akita International University.

Why am I “heading out, not only to Japan, but the middle of nowhere in Japan” I hear you ask? Mainly, it’s for the adventure. I mean, I could go and study German in Germany, or pretend to speak Italian in Italy (no chance…), or I could go to the other side of the world and experience a culture where pointing at your nose means ‘me’ and vending machines rule the world. Obviously the tons of cheap manga, cosplay shops and cute phone straps mean absolutely nothing….

My top tips for going to Japan (drawing on previous experience)

Using your mobile in Japan is a bit tricky, and quite expensive at £1.79 or ($2.64) per minute. So go ahead and download Skype – and bug relatives/friends to get it, too. Skype to skype calls are free and even regular phoning from skype is cheap. Do it!

Yes, even eating octopus and going into a hot spring naked with several wrinkly old people sitting next to you. I mean, when are you ever gonna get a chance to do that again? Think of all the stories you’ll be able to tell friends at parties or chat people up with… ok so maybe not the wrinkly old people bit.

You’re going over to Japan to learn, not to stay silent all the time! Sure, test your listening skills but do it in conversation, not from the corner of the room. The best way to learn a language is immersion, so get on out there and make as many mistakes as you need to.

Yeah, you just try reading that without getting it stuck in your head. Anyway, Japan is very much a cash country. Some touristy places in the big cities are getting better at providing services to use your card, but the cost isn’t that attractive. If you need to use your card, Post Offices and ATMs will often allow foreign cards to withdraw money, so go ahead and get a large sum out. Then you can buy as much manga at Book Off and treat your new friends to as many drinks as they want.

Most likely, your Host University will be helping you set up a Japanese Bank Account, so you can wire transfer money to that. Keep your card for emergencies is your best bet.

I think I’ve spent about 3 months coming up with lists of things to bring with me in my lonely little suitcase. Chances are you’ll only be getting a maximum of 25kg to lug your entire life to Japan (I get 23kg with ANA), so you’ll be wanting to keep it light and uncluttered, and plan well. (Or think about shipping!) My best tip: vaccum bags – these little babies meant I could bring a winter coat and a decent sized towel without it impacting on my space. For all my lists, check out my blog.

You take the high road

With one of the best and cheapest transport infrastructures in the world, Japan is one of the places where you can go “hey, I want to go see some temples and the Gion matsuri in Kyoto. You know what, I’m going now, bye!” without worrying about your budget (until you get to Kyoto and see how much a Starbucks is…). There are so many sights to see in Japan that many of them don’t even get near the guidebooks, you just have to a bit of old fashioned getting lost and taking an unplanned adventure.

Japan also happens to be one of the safest places to get lost in, so have no fear! There shall be no nasty muggers hiding behind a corner! I can recommend buying a Guidebook (although I’m going to try and find one in Japanese when I get there) such as Lonely Planet – who do PDF versions, which is so much better than dragging a big heavy book everywhere you go. Get the hiking book as well, as, especially up in the Tohoku region where I am, there are loads of places to ‘climb every mountain’ as well as ‘fording every stream’.

Final tip? Take advantage of your contacts. If you’ve got a friend’s cousin’s sister who lives in Japan, get their contact number/email address and ask them about what it’s like living in Japan. I’ve built up a very good contact list just by saying to friends and family “oh, I’m going to Japan on my year abroad” because it’s then “really? I’ve got an aunt/cousin/son/family member nobody speaks to living out there, let me give you their number”. With any luck, you might get an invite to go stay with them for a few days or something. Use this to get more knowledge about Japan, learn about the less obvious tourist attractions and, at the very least, have someone to talk to when you feel that living the other side of the world is a bit tough. They might just be needing the same thing (or not as I found out when I mentioned the infamous Go Compare! Adverts…)

If you want to know any more about my adventures in the wilds of Akita, check out my blog or give me a PM. I’ll be happy to help!

Q&A with a student on the JET Programme

5 photos: My year in Fukuoka, Japan

Culture Shock in Japan: What the Fukuoka?

The JET programme - the ins and outs