The Four Stages of Preparation for Aix 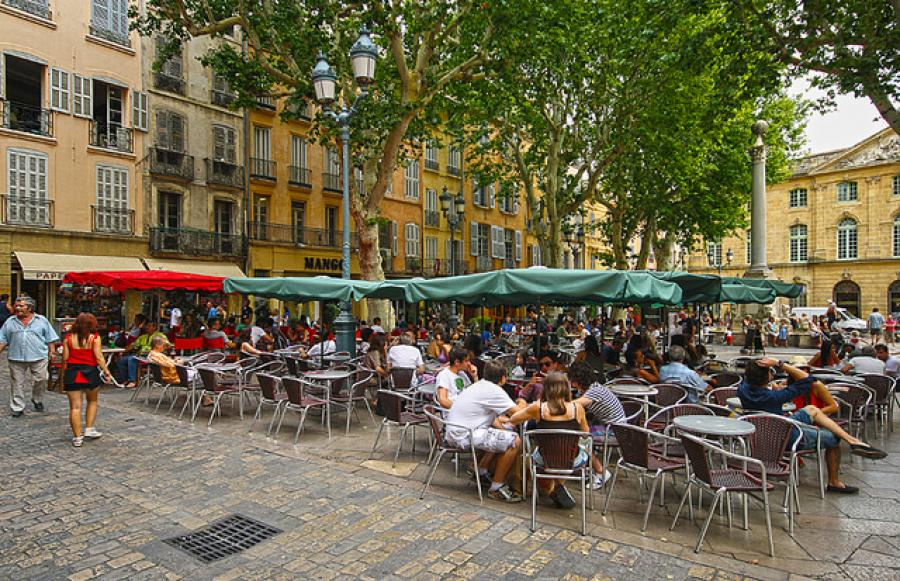 This article was written by Laura Macfarlane, published on 14th July 2014 and has been read 2984 times.

Stirling Uni Aix en Provence Erasmus+
Laura Macfarlane is currently studying French and Spanish at University of Stirling and spent a semester in Aix-en-Provence on an Erasmus exchange, which she wrote about on her blog. Here she talks us through the four stages of pre-departure and how she turned her fear into excitement.

On the run-up to my Erasmus semester in Aix-en-Provence, I experienced a mixture of emotions and reactions which I have divided into four stages.

The first stage of ‘semester abroad pre-departure’ came almost in the form of denial. I was telling people about my plans to study in France for several months, yet I didn’t believe the words I was saying. Many people were starting to hit me with questions: friends, family, family friends... They were all subconsciously testing how prepared I was for going away. In truth, I hadn’t given it much thought, and was rather unprepared. Although I was telling people about what the semester would consist of, I really didn’t feel as if I was embarking on an adventure abroad any time soon.

Stage two was the crucial moment of realisation. As the end of the year was approaching I began to get really excited about studying in a nice town in the South of France, and this kick-started the shopping, packing and planning. I had never been to Aix before, so I was very interested in finding out about its history, culture and everyday happenings. I went out and bought everything I thought I would need, from travel insurance to new clothes (and some more new clothes, just in case). I also looked at the various activities I could partake in; for example, why not hang out in a café in the style of Cézanne, or join the university choir?

The positivity of stage two was overshadowed by stage three- the fear. It brought on sleepless nights (or near sleepless nights), as I was being kept awake by my thoughts and apprehension. I might not like my accommodation; I might try and speak and it comes out as Spanish; I might get lost in the sea of French University and fail at everything. My mind was filled with doubts about all aspects of my pending ERASMUS semester, because no matter how much you prepare for something, you can never fully know how it will turn out.

The fourth and final stage of ‘semester abroad pre-departure’ was a time of action. I had talked about it, enthused about it and even lost sleep over it, and now the day had finally arrived to wave goodbye to friends and family, and venture into the unknown. I didn’t stop to think about what I was doing. When my alarm sounded I woke up and got moving, as my flights to London and Marseille were not going to wait for me. I was ready to go, and despite the sadness of leaving my home behind, I was all set to journey onwards to my new home and new university for the next few months.

It is most likely that everyone will experience at least one of these stages before departing for a semester of studying abroad - many will be lucky enough to experience all of them, like I did!