Pre-departure panics of a Language Assistant 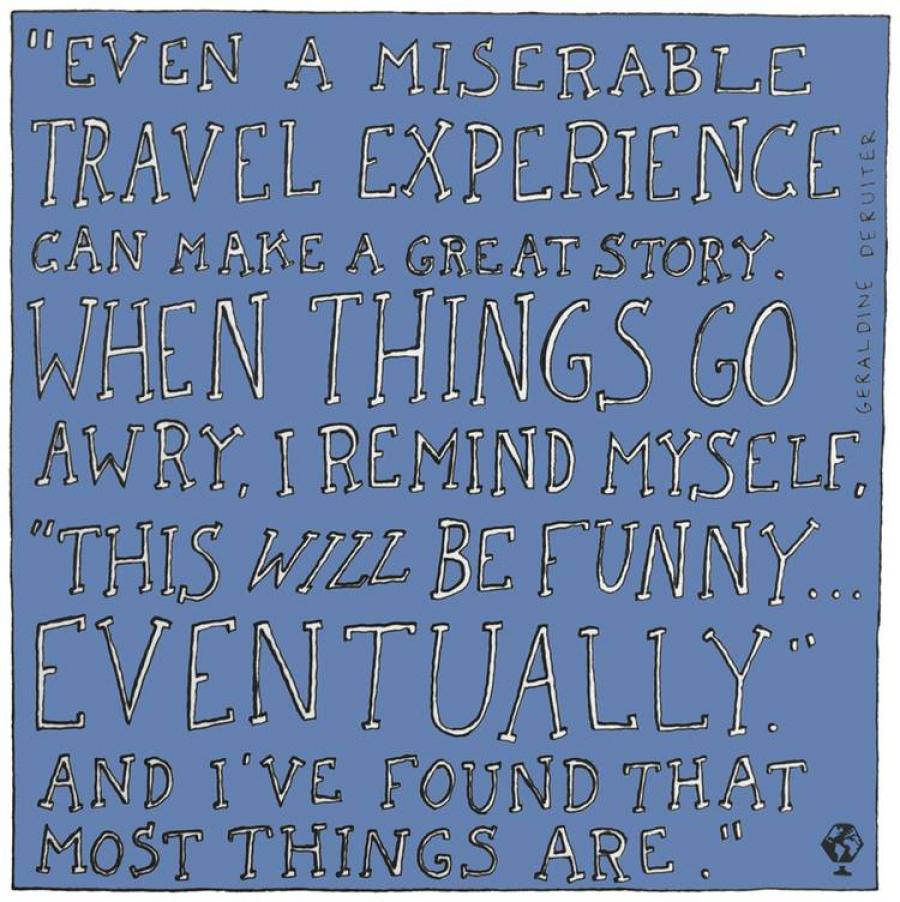 This article was written by Global Graduates, published on 2nd September 2013 and has been read 32271 times.

Spain Living and working in Spain Language Assistant Andalucia
It has been a crazy old week. I have officially booked my flight out there. I now have a one way ticket with EasyJet on 21st September at 5.15pm from Stansted. I am also bringing my parents as human donkeys to use their luggage allowance as my own. There is no way I’m paying for 2 extra suitcases, let alone carrying them alone!

It was all starting to get a bit nerve-wracking, particularly since I feel not only do I have barely any real teaching experience, I also feel I can barely speak the language of the country I’m moving to. People’s reactions usually when I say that is “No, of course not, you’re just nervous. You’ll be fine.” This provides little to no comfort. I only began learning Spanish in sixth form college, as my crazy small Norfolk high school only offered French and German (useful language that it is). I took the GCSE in a year, got an A*, thought it might be worthwhile doing it as an A Level. Stayed the extra year at college to finish it, got a B. I was happy with that, and felt my speaking outshone my grammatical errors and writing skills. Until I went to Uni. For the most part the people in my classes have been learning Spanish for the same amount of time I have learnt French – since Year 6, around age 10. I felt completely overwhelmed by all the grammar that I was “supposed to know by now”.

It has now got to a point that after hearing my Spanish friends’ level of English (near enough fluent) that I am absolutely terrified of trying to speak to anyone in Spain, in the fear that once we get past pleasantries all I’ll be able to do is say “I don’t understand.” Great. This remains to be seen however, and the best consolation I received after saying this was from an old friend Jack, who just returned from his third year abroad in Tours, France as a language assistant. We’ve been in school together since age 8, and learnt French together, and he said he felt exactly the same way. “Christmas” was what he said to me. “It only takes that long before you get into it. I was surprised how easy it was.” That is definitely a relief.

Another slight panic arose on August 30th, when, just over a month after I had emailed them, my school replied to me (they had been on their summer vacation and the email I had been given was unmonitored). Everything sounded lovely – the head teacher writing to me started each email with “Querida”, something I had been led to believe was to be used with friends and family only, as it was quite informal. On top of this, she signed off with “Un abrazo” – “a hug”…definitely looking good!

However I noticed, within all the answers to the questions I had asked about the size of the school etc, she had written the term dates; “teachers begin on 2nd September, but the children only start on 10th.” At this point I was about midway to a heart attack, thinking I had read my original nombramiento from the Ministry of Education wrong, and instead of September, my mind had decided to read October. This was of course wrong – the government letter DID say 1st October, but I was still wetting myself thinking CRAP I’M SUPPOSED TO BE THERE ON MONDAY! This was Friday. After a rather tense weekend, she emailed me back this morning saying “No no no don’t worry – the Language Assistants only begin in October!” THANK GOD.

There is still a lot of confusion surrounding training days – I got an email from the Spanish Ministry of Education saying there was one in Madrid for people from certain comunidades autonomas, including Andalucía, on 27th September. So I planned for that. Then my friend Jane who is based in Huelva said she hadn’t heard anything about that, then a girl who is also working in Málaga (who I made contact with through Facebook) said she also hadn’t heard of the Madrid one, but only of the one in Málaga on the 3rd October (on a school day – great job Spain). A very tiresome affair if ever I experienced one. I guess I’ll just go to both then.

My role at the school

In more pleasing news, the head teacher, in her email, told me that the school is a bilingual school, so I won’t just be teaching English in specific English lessons, I will simply be talking to the children in English during their Art, Music, Science and P.E. classes. Apart from P.E., which I hope will only be something as complicated as Hide and Seek, or Catch, it sounds absolutely amazing. Perfect for me, and she has also given me her phone number, in case I want showing around or need any help at all, in or out of school time. It is so reassuring to hear that!

Now I’m actually getting really excited. This month will literally kick every other September’s (which has been filled with the dread of restarting school/college/uni up until now) butt.

Bring it on Spain.

* “Tienen los cojones muy gordos” is an expression used when something/someone is really late about something, i.e. telling you to move to Spain in 3 days instead of 3 weeks, bringing back a DVD of yours after 12 years, etc.