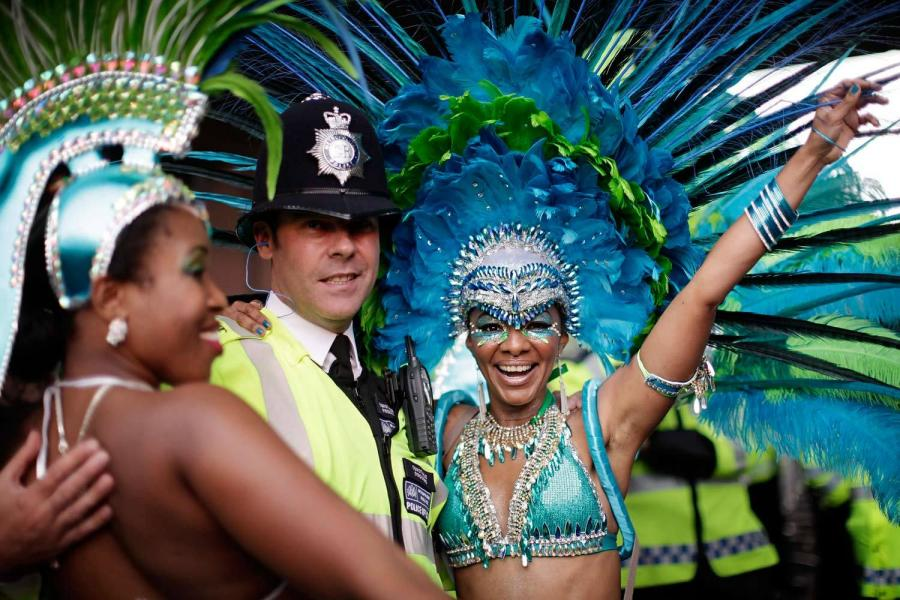 This article was written by Global Graduates, published on 3rd November 2014 and has been read 3183 times.

Portuguese YearOverHere
Portuguese speakers, check out this page for resources and UK-based event listings to help you practice your language skills!   Think we've missed something? Click here to send us your suggestions for listings!

Use ListenLive to listen to Portuguese radio stations online Read Portuguese newspapers online Check out the Portuguese Cultural Institute for events and language resources The Calouste Gulbenkian Foundation is good for Portuguese events, news and articles The Brazilian Embassy is useful for Brazilian Portuguese speakers! Brazilian Events London is a great Facebook page for all things Brazilian! The Portuguese Department of Education is a good resource for language courses Have a read of the Brasil Observer, a cultural magazine based in London

The Embassy of Brazil presents works from 17 artists from the north-eastern state of Pernambuco, well known for its cultural dynamism. The exhibition will bring together four generations of artists, spanning five decades.

The Brazilian Embassy's cinema club returns with this 2014 film about the struggle for the end of the dictatorship in mid-1980s Brazil.

This will be the debut performance of the ensemble, consisting (on this occasion) of string players. The performance will feature works by the Portuguese composer Braga Santos, Tchaikovsky’s Serenade for Strings and Fantasia Upon One Note by Purcell.

Are we all slaves of passion? A lyrical narrative of a seemingly trivial but shocking incident with G.H.'s mundane maid's room leads to a shocking realisation.

This will be Brazilian artist Rodrigo Sassi's first exhibition in the UK.

17th Feb: Pitt Hornung - the Rise and Fall of an Anglo-Portuguese enterprise in the 20th Century, The Cavalry and Guards Club, London

Bernard Hornung will deliver this talk on his great-grandfather Pitt Hornung, African pioneer, sugar planter, man of business and sportsman who was equally at home in Portugal, Africa and England.

Marking its 4th anniversary on the London scene, Forró will be back with 3 jam-packed days of workshops and 3 tremendous nights of parties til the small hours!

O Palhaço follows a father/son clown duo as they travel with the Circo Esperança around the valleys and mountains of south-western Brazil. Free entry.

25th March: CineClub showing of 'Quanto Vale ou é por quilo?' (How much is it worth - or is it by kilo?), Brazilian Embassy, London

This free adaptation of a Machado de Assis short story traces a parallel between life in Brazil during the slavery period and life in modern Brazil.

This award-winning drama is the story of four brothers from a poor family who need to fight to follow their dreams.

This truly heartbreaking story is set on the beaches of Ceará in the 16th century. The novel is available in both English and Portuguese.

On his last day at the job, a U.S. immigration officer holds Latin passengers in a room of a New York airport to conduct an interrogation that takes a surprising and tragic course.

Experts in Portuguese will lead a series of discussions about variations within the Portugues language.

Lucas Santtana is at the heart of Brazilian pop's new sound. The genre is currently undergoing a revolution, with the influence of Western pop and rock replaced by the pulse of Africa and rhythms snatched from Latin America's new post-dictatorial identity.

Alex Ellis, British Ambassador to Brazil, will talk about how and why Brazil has gone from being a celebrated world exemplar of a 'rising power' to an emerging country seemingly engulfed by economic and political crises.

19th May: What's the role of Brazil in the international political chessboard of the 21st century?, King's Building, King's College, London

The presentation reviews Brazil’s pursuit for international insertion by: discussing its search for new partners; presenting an overview of the historical, cultural, and political features that render it the most Western of the emerging nations; and analyzing its participation in the management of two major international crises, the Honduran constitutional crisis and the Iranian nuclear crisis.

Wilson Simonal was a famous Brazilian singer during the 1960s and early 1970s – but is equally well known for having been accused of acting as an informer for the military dictatorship. The accusations led to a 20-year boycott of his music on the part of Brazil’s artists and intellectuals, and to the collapse of his career. This documentary contains images from Simonal’s early shows and clips from old TV programmes – including rare scenes and duets with Elis Regina and Sarah Vaughan – along with contributions from people who knew him closely, such as Pele, Chico Anysio, Toni Tornado and Nelson Motta. Simonal’s second wife Sandra Cerqueira and their children Simoninha and Max de Castro also appear, recounting the last years of the singer’s life and his struggle to clear his name.

Fabio Zanon is one of Brazil's leading classical guitarists and a visiting professor at the Royal Academy of Music. He will perform a programme of music by composers including Schumann, Ponce, Bach, Mignone, Savio and Almeida.

'Estômago' is an adult fable about power, sex and … cooking. Raimundo Nonato, our protagonist, is a chef. We find him preparing food in a bar, then in an Italian restaurant – and then in prison. Through cooking he learns how to get by in a society divided metaphorically into those who eat and those who get eaten. Along the way he learns that the cook must also get his share of food – and that only he knows which bits taste best.

Marcos Valle is one of the major songwriters of Brazilian Popular Music and frequently represents Brazil at major events around the world.

An exclusive London concert that will reunite two of Brazil's most charasmatic singer-songwriters.

In 1942, in Rio de Janeiro, the twenty-five years old Alaíde is run over by a car while crossing Carioca Street. She arrives in a coma at the hospital, and while being submitted to an emergency surgery, she recalls her life since her family moved to a house that used to be a brothel, mixing hallucination, reality and memory. In her surrealistic daydream, she meets Madame Clessy, the owner of the bordello who died in 1905, killed by her seventeen-year-old lover, and she envisions a passionate and tragic love story involving her husband Pedro, her jealous sister Lúcia and herself, and how Madame Clessy died.

Brazil Day 2015 is an early opportunity to celebrate the 2016 Olympic Games in Rio de Janeiro.To begin the 12-month countdown, the Ministry of Sport of Brazil and EMBRATUR – the Brazilian Tourism Board – have joined forces with the Embassy of Brazil in the United Kingdom to organize another Brazilian festival in Trafalgar Square, a free event celebrating Brazil’s culture and its passion for sports. Attractions will include beach volleyball in the square, a beach volleyball fitness class, a forró flash mob and a street carnival bloco which everyone will be welcome to follow through Trafalgar Square.

When Brazilian lifeguard Donato saves German biker Konrad from drowning, the pair immediately form a strong sexual bond. Their passionate affair intensifies, and Donato decides to leave his mother and younger brother Ayrton behind, to start a new life with Konrad in Berlin. Years later, Ayrton arrives in Berlin looking for answers. His unexpected arrival forces all three men to confront their past.

Vestido de Noiva is an adaptation of one of the most renowned plays in Brazilian modern theatre, written by the country’s most acclaimed and controversial playwright, Nelson Rodrigues (1912-1980). As usual, you'll be presented with a shot of cachaça on arrival!

A dynamic showcase of Rio, Brazil's most vibrant city, captured on film, from the silent film Limite, to Fernando Meirelles' City of God