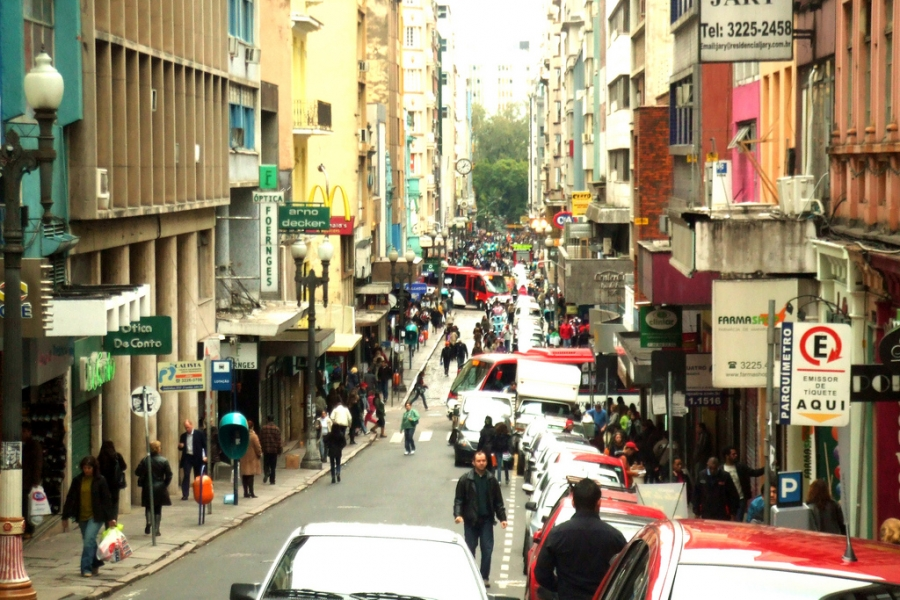 This article was written by Tom Stephenson, published on 24th June 2010 and has been read 7437 times.

I wanted to make the most of some spare time I had during my degree in Integrated Engineering at Cardiff University, so I applied to do an internship through AIESEC. I was very fortunate in that I found a placement in Brazil, a place I'd always wanted to go to. Thanks to the local AIESEC committee I got a fairly overwhelming reception at the airport and after sleeping off the jet-lag I loved nearly every minute in Brazil.

Porto Alegre feels quite like a European city. Buses are a seriously cheap way to get around, R$2.30 - about 80p - will get you anywhere in the city. Taxis are cheap, and safe as well, so take them whenever you can. The most I ever had to pay for one was about £5 to get me to the airport from the middle of town. There are some great bars, particularly in Cidade Baixa. It's hard to single any out because I'd happily sit in just about all of them. The streets fill up with people out for a drink when it's sunny, which is often!

For such a big city Porto Alegre has a fair amount of green areas. Parcão is really nice place to sit and laze in the sun and always has plenty of joggers doing circuits. Redenção is huge and chock full of people at the weekend, it's a cool way to spend a Sunday. Stay away from it at night as it becomes considerably more dangerous after dark! A lot of people also gather at Gasômetro to see the beautiful sunset at weekends.

The food in the South is great, particularly if you're a big fan of meat! You have to, and will, try churrasco, it is glorious and everything a BBQ should be. It makes British BBQs look like singed cardboard. The only thing I wasn't so keen on was eating chicken hearts, but they're surprisingly good. The Gauchos drink a hell of a lot of Chimarro, a kind of tea full of caffeine. I couldn't get used to it, but millions of people can't be wrong.

If you're a football fan then you have to go and see either Internacional or Gremio play - one of the first thing I got asked was which team I would support (vamo tricolor!).To be honest, even if you're not a football fan any friends you make there will still drag you to a match. If you're lucky you'll see the Gre-nal, an extremely intense and unmissable derby between the two. Playing football in Brazil was another part of it's appeal to me, although playing in such a humid atmosphere takes a bit of getting used to.

One of the great things about POA is it's location; you're a short & cheap flight (or long drive) from Buenos Aires, Sao Paulo, Rio de Janeiro, Floripa and the Uruguayan beaches. I've been back to Brazil & Porto Alegre once so far and I'll definitely go back again!

Useful local words: 'cara' - guy, 'churrasco' - barbecue, as in 'yes, I would love a barbecue'

What to pack: A coat! I (and a few Canadians) turned up without one for the Winter, got roundly laughed at and drenched.

What not to pack: Check that electrical stuff you're taking there is going to work with the power supply. Some of my things wouldn't charge even with adaptors.

Couldn't have done without: Making friends. Gauchos are very friendly people and helped me out of a bunch of tight spots.

Word of advice: Avoid being on empty streets (or near Redenção, the park) on your own at night.