Home Articles Paris Survival Guide: The City of Lights on a Budget
Share
Tweet
Write for us

Paris Survival Guide: The City of Lights on a Budget 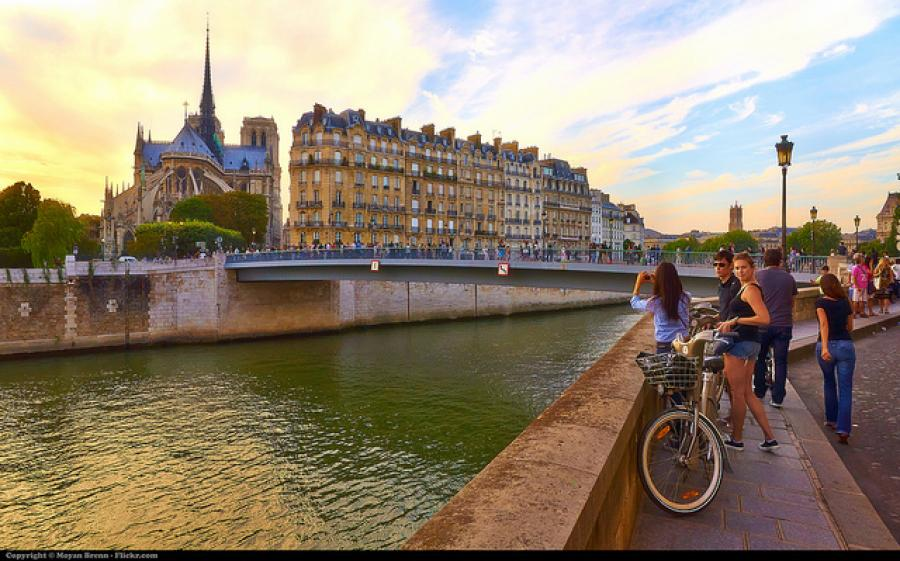 This article was written by Marilyn Wilkinson, published on 14th July 2014 and has been read 7288 times.

Living and working in France Paris Money Accommodation Degree Abroad
Marilyn Wilkinson studied German with Politics at the University of Paris VIII from 2011 to 2013 and then spent the final year of her degree interning at a dating agency in Berlin and studying German and Dutch at the University of Vienna in Austria. Here she shares her insider tips for enjoying Parisian life on shoestring!

Paris and budget are two words which do not usually belong in the same sentence. Indeed, in 2013 Paris was classed by Le Figaro as unequivocally the most expensive city in France and the third most expensive in Europe. However, it is possible to live in the city of lights without a brilliant bank balance to match. As a third year German and Politics student at the University of Paris VIII, I have perfected the art of scrimping and saving, Parisian style.

It’s no secret that rent prices in Paris are extortionate – but if you are smart, they do not have to be. The cheapest places for students to live in French cities are called foyers: essentially student accommodation partially funded by charities. Unsurprisingly, places are in high demand, so get your application in early.

Furthermore, France has a generous welfare system and offers extensive support to help university students pay for accommodation. The ALS (Allocation de Logement à Caractère Social) is the housing benefit most often granted to students. Although applying can be a bureaucratic nightmare, it is well worth having as it contributes up to €200/month towards rent.

What’s even better than cheap? Free. For those on a super tight budget, there is a scheme called logement contre service (accommodation in return for services) which basically involves keeping an older person company or providing babysitting for children instead of paying rent. I was lucky enough to have my own apartment near the Notre Dame in return for 15 hours per week of English lessons.

It sounds obvious, but the wages in Paris do reflect the price of living. As the SMIC (minimum wage) is currently €9.43/hour, students can quickly earn enough for their rent as well as a few cheeky verres de vin.

FUSAC, Craigslistand the American Church notice board are a good starting point for English speakers as plenty of Irish pubs and English teaching agencies advertise there. English speaking tutors, babysitters and bar tenders are very in demand, so finding a job in Paris is often far easier than in many British university cities.

If you are tired of paying through the nose for pay as you go phone credit but don’t want to commit to a year-long contract, the answer is le forfait sans engagement (running contract). You pay a monthly fee for a set amount of calls, texts and Internet but are free to put an end to it whenever. Free is the most affordable (although unfortunately not free, as the name would suggest) and Budgetmobile offers the cheapest calls to Europe.

If you are under 30 and fancy being a hair model, Tony and Guy offer free hair styling and also speak English. For something less radical but more French, tchip is €20 a cut and has chains in every arrondissement.

In terms of supermarkets, the cheapest are Lidl, Aldi and LeaderPrice, whereas Monoprix and Casino are France’s answer to Waitrose. Small corner shops are to be avoided completely, apart from on empty-fridge Sunday situations. If you shop frugally, it is possible to eat well and healthily without over-spending.

Paris is the ideal city to release your inner culture vulture. By law, all museums offer free entry to EU Students under 25. While some exhibitions may cost extra, there is nothing to stop you checking out the permanent galleries for free.

Furthermore, French literature is among the richest in the world and reading is a fantastic way to pick up new vocabulary in context. Buying new books can be expensive, but library membership is free and with one card you can access every public library in the city. You can also join other universities’ libraries even if you are not student there (I may be biased, but Paris VIII’ library is definitely worth braving the line 13 for).

Struggling with la langue française but unable to pay for French lessons? The next best thing is a tandem, whereby you find a French person that wants to speak English (actually not as hard as it sounds) and practise your language skills together. It is a great way to make friends with the locals while brushing up your language skills, especially if they introduce you to their friends and show you the local hangouts.

An evening out with friends need not be expensive as many clubs offer cheap or free entry before a certain time, particularly if you are female. Try parisbouge.fr to bag flyers granting free entry. Also, drinking outside is socially acceptable in France! A picnic in the park or an apéro by the Seine is a great way to spend time with friends and enjoy Paris’ stunning architecture without paying restaurant prices – just don’t try to go swimming in the Seine afterwards, as you may get landed with a €35 fine!

How to find accommodation in Paris?

Leboncoin is a good website, not too dissimilar from Gumtree :) if you are going to be studying/a language assistant it might be worth signing up to a Facebook group and asking if anyone wants to join...

The ultimate guide to finding accommodation in Paris