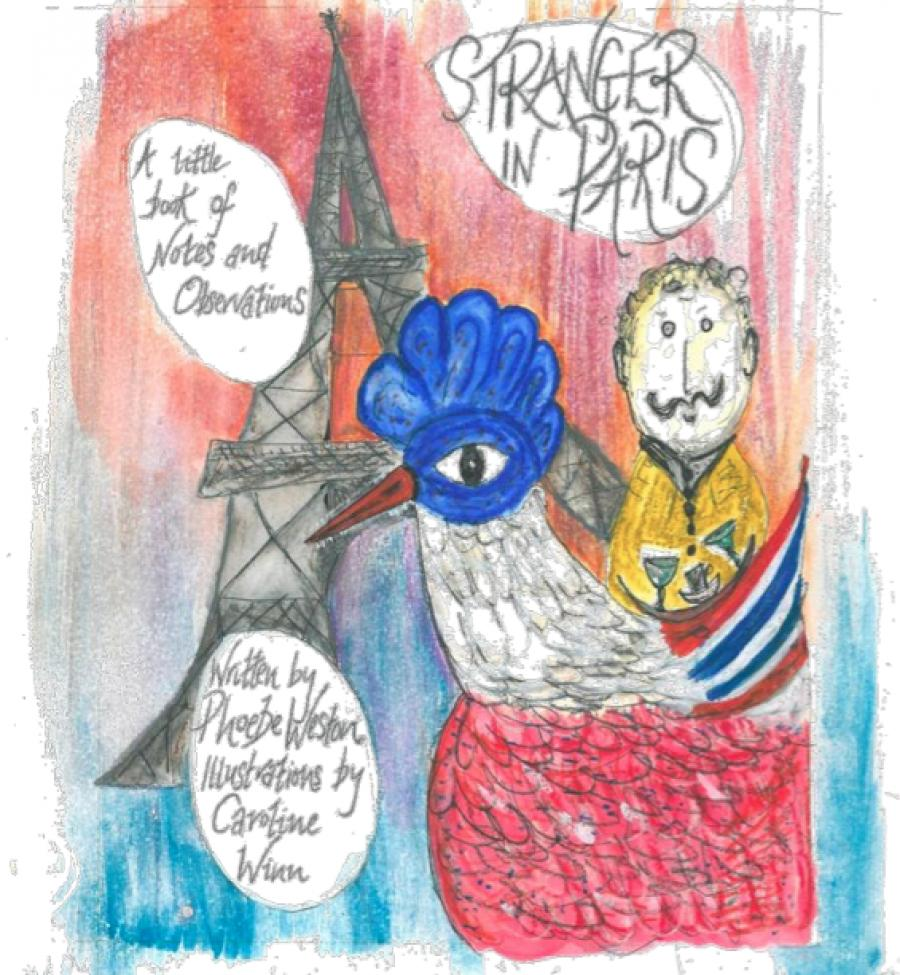 by Stranger in Paris

This article was written by Phoebe Weston, published on 25th November 2014 and has been read 3490 times.

Phoebe Weston studied Anthropology at the University of Edinburgh and spent her year abroad in Paris. She has since written an e-Book of notes and observations about the French capital. For more insights, follow her on Twitter.

Audrey Hepburn comments ‘Paris is always a good idea’, and before going to Paris, I was very much of that opinion. I thought it was the most elegant, wonderful and iconic place in the world. However, having spent a year there, I wish to dispel the Parisian myth. I think we often get Paris so entangled with our fantasies, that we miss what the city actually is and what it is like to spend time there. Indeed, it is a great place, but it too throws up a new set of challenges that are not covered by your standard guide book.

I wanted to write this little book of notes and observations because I think it’s important to put Paris in its place. As a student spending my year abroad there, I felt great pressure to always be enjoying myself. When I told friends I wasn’t enjoying Paris, I was met with a confused look; how can you not enjoy Paris? But for everyone about to go to Paris, or indeed there now, I hope to remind you that it’s ok, and in my books completely normal, to find Paris a very tough cookie to crack. Sometimes those visions of swanning down the Champs Elysée just don’t materialise in the way we’d hoped.

Without wanting to sound like a die-hard cynic, I would also like to point out that although Paris wasn’t what I was expecting, it has many wonderful faces that most tourists never find. I visited parts that don’t make it into tourist books, and don’t fulfil our romantic visions of the city, but are actually more exciting and more interesting. By spending a whole year there you too have a fantastic chance to get under the skin of the myth. And I’m pretty sure once you can crack Paris, you can probably crack anything.

Here are the opening couple of paragraphs of my book where I question whether our vision of Paris really holds true. 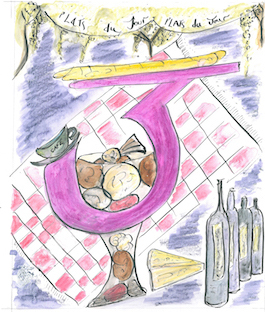 The idea of Paris
It would be rogue to miss the Mona Lisa on a first visit to Paris. A series of somewhat random events has thrown this ambiguous beauty into world renowned celebrity, yet the experience of seeing her is arguably one of the most disappointing touristic obligations on the European map. Apparently the average person spends 15 seconds looking at her, just enough time for a selfie with her and her bullet-proof case, before moving on to the next item on their to-do-in-Paris list. Perpetually obscured by busy cameras flashing, you’ll be lucky to get a glimpse of the whole painting anyhow. The reproductions in the gift shop are lighter in colour, and you don’t have to share it with a group of gaggling tourists. We seem to have a quasi-sacred need to extract pleasure from our Paris trip; to be impassioned by the Eiffel Tower, inspired by the galleries and come home feeling sufficiently invigorated and cultured. Yet at the end of the day all we have is a blister, 60 photos and a quite outstandingly large hole in our wallets. Is the Paris experience all it’s cracked up to be?

Thanks to the Musée d’Orsay, le Louvre, l’Arc de Triomph but to name a few, the tourists’ honeypot attracts around 30 million camera-armed insects a year, which is particularly vast when you consider that Paris’s population is just over two million. Even the Sorbonne, open to anyone who has passed the BAC (equivalent of A-levels) has gained cult status in the UK. We are inundated with images of Paris; a city that is responsible for Paris Syndrome; the psychological destruction of around twenty Japanese tourists a year. The media leads us to believe that the women are non-threatening, long-legged, beautifully adorned creatures. They float in the breeze, their lips are rouge, with wrists wrapped in gold and waists the size of a non-Parisian thigh. All lovers that go to Paris are handsome and the city is succulent with the smell of Chanel no. 5

Evidently it is, but the media do an excellent job of caking makeup on the mannequin’s face. Touristy Paris is like a play on loop that hasn’t changed in fifty years, designed to process tourists, and their aspirations, mindlessly though. Type ‘city of love’ into Google and you see pages of glamorous people with starry eyes gazing at a glowing Eiffel Tower, getting married and putting locks on the bridges as testament to just how in love they are. We are shoulder to shoulder with other sweaty tourists, not Parisians, searching in vain for the authentic Paris experience. Outside the tourist’s theatre, Paris is a real, breathing city, indifferent to you, your sweat, bickering, bad French, aching feet and the pain au chocolat sitting uncomfortably in your patisserie-filled gut.

According to Oscar Wilde’s Mrs Allonby, all good Americans come to Paris to die. Perhaps you will live your final days as a Dandy, reading the Naïade, a 19th-century newspaper printed on rubber so you could read it from the comfort of a hot bath. Maybe you will join the other American masters, Hemingway, Joyce, Fitzgerald, who wrote masterpieces whilst living in Parisian squalor. Most likely, however, you will arrive in Paris and realise that you are still anonymous. Still you. Flaubert wrote to Chevalier ‘My life, which I dream will be so beautiful, so poetic, so vast, so filled with love, will turn out to be like everybody else’s - monotonous, sensible, stupid.’ Advertisements place Paris as the culmination of our worldly desires, yet when we’re there, we’re still exactly the same. The city ticks on regardless of our aspirations, leaving us to join the queue for the Louvre, just like everybody else. 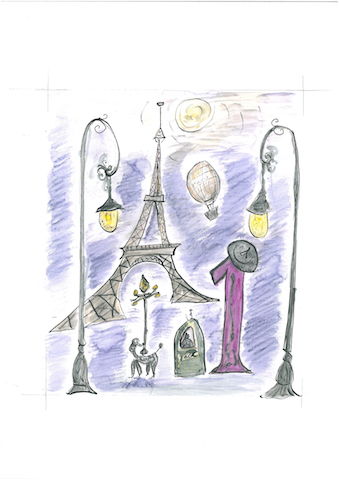