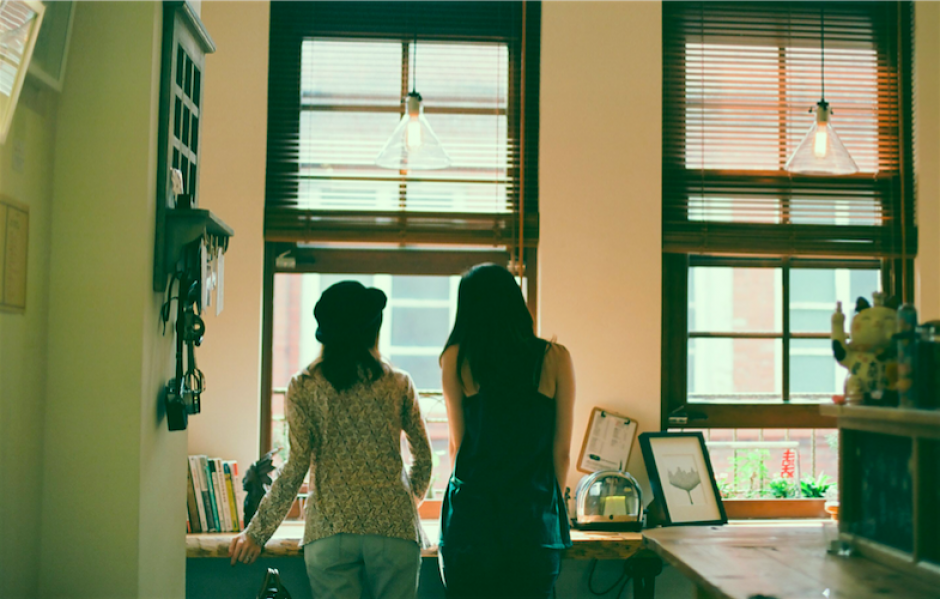 This article was written by Jessica Wells from The University of Oxford, published on 26th September 2016 and has been read 8065 times.

Jessi Wells studied French and History at the University of Oxford and spent her year abroad working as a Language Assistant at the Lyceé Edouard Branly in Dreux, France. Here's an interview with her mother about her perspective of Jessi's year abroad: driving her to France with all her stuff, how her daughter changed over seven months away, and her advice for other parents.

1. Where did your daughter go on her year abroad, and what did she do?
Jessi went to a town called Dreux, near Paris, in France. She taught English to secondary school children with the British Council Language Assistant programme.

2. What are your memories of the application process for the British Council Language Assistantship programme? How did you support your daughter through it?
Jessi handled the application process by herself; she was at uni at the time. But she did ask for our opinions, and we had discussions about it – particularly about which regions in France she wanted to prioritise on her application form; she researched the weather, the food, everything really, and asked what we thought! We proofread the application before she sent it off, and later we helped her to apply for her International Child Protection Certificate (ICPC) by suggesting who might be suitable to endorse her.

3. What were your concerns leading up to your daughter’s move to France? How did you help her to prepare?
I had lots of concerns! I was worried about where Jessi would be living and the people that would be there to support her. I was concerned about how she would adjust to teaching in a new country – I thought there were a lot of expectations placed on her, though I never doubted that she would rise to the challenge. Above all, I wanted her to be safe and happy in her new home.

4. What were your first impressions of where your daughter was living and working?
I remember driving into Dreux with a car full of Jessi’s belongings and feeling a bit sick about the prospect of leaving her there! Dreux is an average northern French town, and it was a dismal day; her apartment was dark and smelled of smoke. But I was reassured when we met Corinne, the French teacher who greeted us at the school: she was friendly and welcoming, and keen to help Jessi settle in.

5. How did you support your daughter during her time away?
We drove Jessi to France at the beginning of her assistantship, and came to collect her at the end (doable in a weekend, since Dreux is in the north) – this meant she could bring things with her that she might otherwise have had to buy. I’d like to think we provided emotional support: when Jessi had a problem, she resolved it herself, but she did ring home for advice, for example when she was struggling to apply for housing assistance, or when her bank account was emptied by fraudsters.

6. How often did you see or speak to your daughter while she was in France? What were the best ways of staying in touch?
We spoke every week: we Skyped every Sunday afternoon, and we emailed frequently in between. I sent lots of ‘goodies’ in the post, including an advent calendar, though the school got a bit fed up of collecting her post! I followed what Jessi was up to through her blog posts and her Facebook page. And we came to visit – we returned to Dreux in February, and met Jessi in Strasbourg in April, which turned into a lovely family holiday.

7. How do you think your daughter benefited from her time in France?
Jessi gained confidence and life skills, and the ability to deal with problems which she’d never faced before. Teaching rowdy sixteen-year-old boys who are taller than her definitely made her grow as a person, not to mention the other practical challenges which she had to overcome. She made long-lasting friendships with the other teachers and assistants, and with people she met while travelling. Her French improved tremendously, and her sense of adventure grew!

8. What advice would you give to parents whose children are setting off on their year abroad this year?
They’re adults now, so just let go! Try not to be too overprotective: I wanted to go back and visit Jessi immediately, but I’m so glad I waited for her to settle in and ask us to come – then she could really show us around, and it was reassuring to see her so happy. We could really make the most of the holiday! I’d also say that seven months in France sounds like a long time, but it actually goes very quickly, particularly since Jessi came home for Christmas. In terms of practical advice, make sure make sure your child has money in their account to buy last-minute items once they get to France. Landlords don’t always provide what they say they’ll provide, which meant we had to dash to the supermarket before it closed to buy bedding (remember: French supermarkets often don’t open on Sundays). So definitely prepare for the unexpected!

How do I find accommodation in France?

Try these options - the first three may not be suitable if you are not studying but www.pap.fr and the last two may be of use.RÃ©sidences Estudines has facilities in twenty major French towns, with pr...