Home Articles ‘Pas de problème!’: How to cope with NOT mastering French on your year abroad
Share
Tweet
Write for us

‘Pas de problème!’: How to cope with NOT mastering French on your year abroad 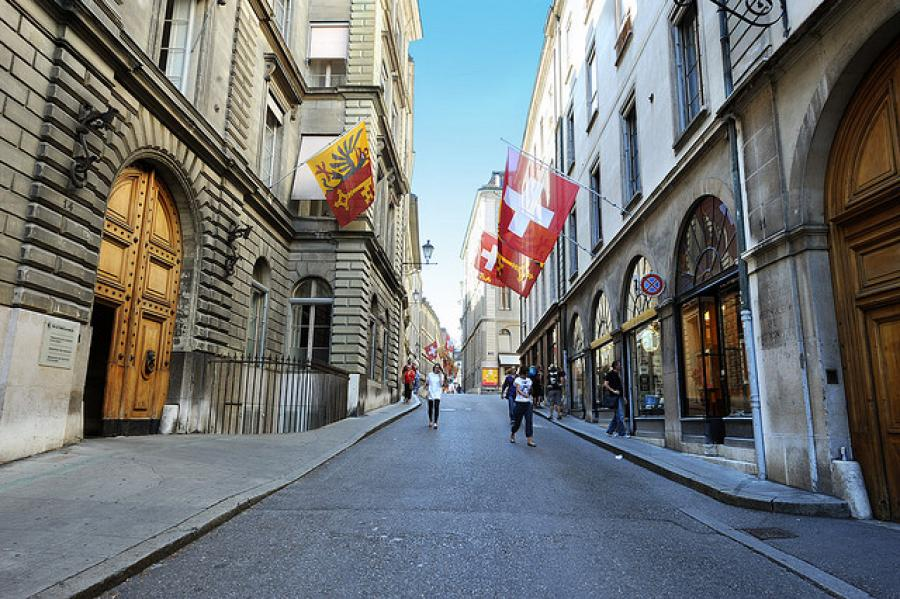 This article was written by Global Graduates, published on 24th July 2014 and has been read 6185 times.

I had so many expectations before I departed for my year abroad last year. One of them was that I would finally attain a level of French so fluent that I would become prone to walking around quoting Molière while people commented on how impressive my pronunciation was.

Fast forward twelve months and I’m nowhere near my fantasy. In fact, I’ve even managed the feat of reducing my level of French. I now barely succeed in ordering things in shops and bars and feel proud of myself when I can catch the gist of a story in the Francophone equivalent of The Metro newspaper (but with even less substantial stories and less text)! Now after almost a year in Geneva people still reply in English when I speak in French and sadly, often enough, I am relieved that I don’t need to carry on butchering the language anymore.

If, like me, your year abroad has ended this way you might have begun blaming yourself for letting this opportunity pass by. Yet, if, like me, you are not studying a language degree and wanted to brush up on the French you learnt at A-Level or GCSE, I suggest you stop being so hard on yourself!

On my year abroad language learning was not the only goal nor the most important one. I wanted to explore Switzerland and Europe, make new friends and immerse myself in different cultures and I believe that I did (and I hope you did too). I believe it is much better that I focused on the immense workload I got during my year abroad and passed (ensuring that my studies here will be noted on my graduation certificate) than the year ending with me quoting French effortlessly holding a transcript with a big massive ‘ECHEC’ (FAIL!) written all over it!

So I have now come to terms with the lost multi-linguist; but this does not mean I have given up on my fantasy and neither should you too. As I head back to England there are some ways I intend to try and keep up my contact with French and slowly improve my comprehension of it. I believe the best way to do this is to couple grammar revision and verb tables with more interesting things like:

1. Watching French films and TV shows
French television is beginning to rival its European counterparts with programmes like Mafiosa, Maison Close, Les Revenants (The Returned) and Engrenages (Spiral). The best way to watch these shows is through Netflix or by ordering a series box set from Amazon.

As for films, there are a variety of different ones you can watch. My favourite French films are by the writing/acting/directing duo Agnès Jaoui and Jean-Pierre Bacri. Le Goût des autres (The Taste of Others) and Comme une image (Look at Me) are full of funny awkward moments and sarcasm, showcasing French humour at its best.

You can also head over to Youtube and watch Channel 4’s extra. This parody of Friends is spoken in slow and easy French (with other versions in Spanish and German!) so you can easily understand the weird situations the housemates get up to!

Tip: If you are more experienced in French try watching shows with French subtitles, which should enable you to match words with the correct intonation as people speak.

2. Reading French newspapers
Like most newspapers nowadays, it is possible to read articles on line for free. You can keep up to date with news while improving your French by reading websites like: Vingt Minutes, Figaro and Le Temps.

RFI (Radio France Internationale) offers much for those learning French. They produce a ten minute news programme in easy French (with a transcript of the audio too) along with exercises that aim to help you with oral and written French.

But, if you find listen to the news too boring, commercial radio might be a better alternative. Websites like this offer the listener a catalogue of francophone radio stations from around the world.

4. Music
While we’re on the topic of radio, I want to stress the usefulness of listening to French music in aiding comprehension. For most people who have learnt English as a second language, trying to learn the words to their favourite Beyoncé or Rihanna song increased their proficiency in English. So if it can work for them, why can’t it work for you with French?

One problem (well for me personally) is how incredibly boring and depressing the traditional genre ‘chanson français’ is! Usually you get singers with acoustic guitars (and the occasional violin) singing about a lost love or the supermarket (yes the supermarket; see ‘La petit Léonine’ by K - I doubt you’ll thank me). Listening to this type of music was the bane of my French classes in Geneva.

But then, all French language learners were saved by STROMAE! Thank God! The Belgian singer has the entertaining songs in contemporary French music. Adored by all of Europe (yet unknown in the UK of course) I have never met anyone who doesn’t like his music…ever! However, before Stromae was catapulted into the musical stratosphere, I managed to survive on Kyo, La Fouine, Grand Corps Malade and Amadou and Mariam, artists well worth a listen.

5. Finding a tandem
Maybe on your year abroad you had a friend who spoke better French than English? It wouldn’t be a bad idea to attempt a long-distance tandem with them via email or Skype, thus enabling you both to improve your language skills. If you want a tandem closer to home, your university might be the best place to find one. Check if the Language Department or the Erasmus/Francophone student societies organise tandems. These groups might even be able to provide you with other resources to keep up your French contact.

6. Last and definitely least, is Duolingo.

Don’t get me wrong, duolingo is useful for when you want to go over the long-forgotten basics of a language. However, after a week of doing the exercises and tests, my interest in duolingo wanes very quickly. Repetition is your friend when it comes to remembering essential vocabulary and grammar. Yet, it is easy to forget this when you have to write ‘Le chien mange une pomme’ five hundred times!

I hope this article has been a source of encouragement for those who are yet to master the French language. It is better to know a bit of French than to know nothing at all. Now excuse me I’m going off to watch some French TV!

by Helen Parkinson
A Levels