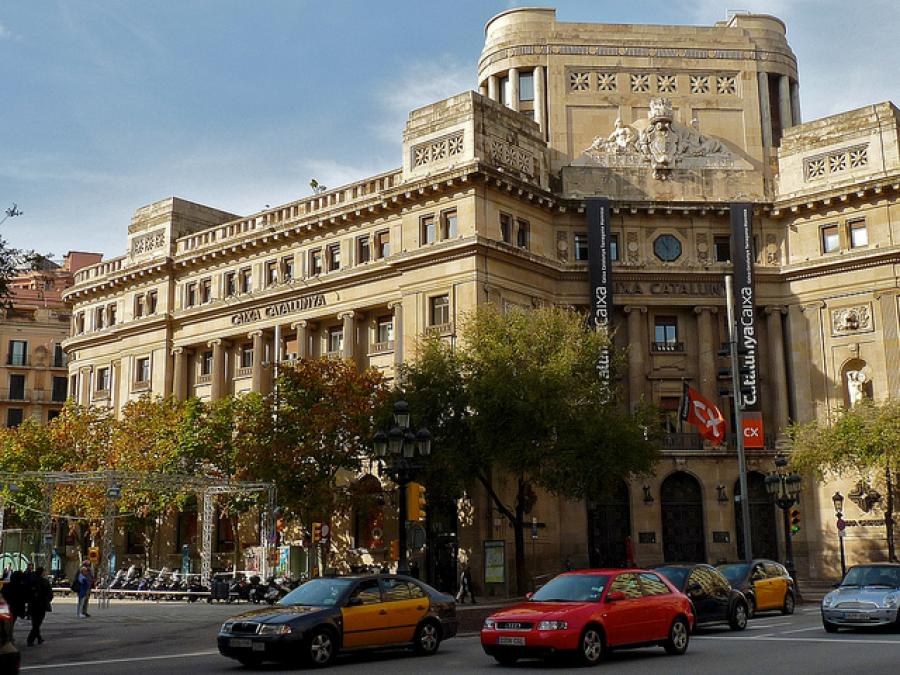 This article was written by Adele Gould, published on 30th September 2012 and has been read 16768 times.

Spain Living and working in Spain Spanish Language Assistant
Adele has just graduated from Nottingham Trent University where she studied Italian Language and Media Studies, and spent her year abroad as an Erasmus student in Cassino. She is currently working as a British Council Language Assistant in Barcelona and is blogging about her experiences. You can keep up with her latest updates by following her on Twitter @adelejoanna and here is her advice about NIE, banking and SIM cards in Spain.

These are probably the three most important things that you have to do once you have arrived in your new country, and for me... the three things I was worried about the most. I was worried that my Spanish wasn't good enough but I managed to get all three of them done in my second day and here's how:

In order to open a bank account you must have your NIE number so that was the first thing I did. Some cities require a document called "empadronamiento" which proves you live in the city, you can get this by taking all your accommodation documents (contract, bills) to the town hall and asking for an empadronamiento. However, in my case I only needed the documents sent to me by the Spanish government to prove my placement at the school (PROGRAMA DE AUXILIARES DE CONVERSACION EXTRANJEROS EN ESAPNA 2012/12 NOMBAMIENTO). As well as these letters from Spain you will also need your passport.

Your NIE number is arranged at your local police station. There will be a desk especially for foreigners. You will sit down with a man and go through all your details as he adds it to the computer. I had found the application form online and had already filled it in which made things a lot easier communication wise (Click here to download an NIE application form & click here for a vocab guide). Once all has been filled out, the man will give you a tax bill of €10.30 which you will have to pay at a bank. This tax can not be paid at all banks and after trying many different banks, I was finally able to pay it at BBVA. The bank then gave me a receipt which I took back to the police station and exchanged it for a provisional NIE number, my real one will come in the post but the provisional is now ready to use.

I went directly to the bank from the police station. I choose the bank "Caixa Bank" but other popular ones are Santander, BBVA and Caja Madrid. Before I came to Spain I printed off all the vocabulary I would need for opening a bank account, you can find all the vocabulary here. Opening the bank wasn't difficult, and once all information was added to the computer I was given my bank 'libreta'. The 'libreta' is a small deposit book, which also can be used to make withdrawals in special cash machines until your debit card comes in the post (Ask the man at the bank to demonstrate the machines). On the front page of you libreta you'll find all the necessary information that you need to email to the Spanish government (Entitat, Oficina, Control, etc)

I originally wanted to purchase contract SIM card called 'Orange Delfin Basico 12', a €12 a month smartphone contract with internet included (I would have been able to cancel the contract at any time so it was perfect for my 9 month stay). Unfortunately Orange only allows you to take out a contract if your bank account has been open for more than 3 months and as I had opened my bank account that same day I couldn't do it. Instead I had to buy a prepaid smartphone SIM card called 'Delfin Prepago'. A Pay-As-You-Go SIM card which included internet and blackberry messaging for €3.50 a week. I had to pay €9 for the card and then topped for €20 and then left the shop. Unfortunately after 24 hours the internet didn't start working so I went back to the shop to explain. The lady there gave me a number to call to 'activate' the sim card. I was confused because she had told me it was all activated, there was obviously something I didn't understand. I tried to call myself but it was a machine on the other end and I found it too difficult to understand. My English teacher's husband called for me and after the lady on the other end of the phone activated my SIM card from her end and I removed my battery for 5 minutes everything was working perfectly.