My YA Dos and Don'ts 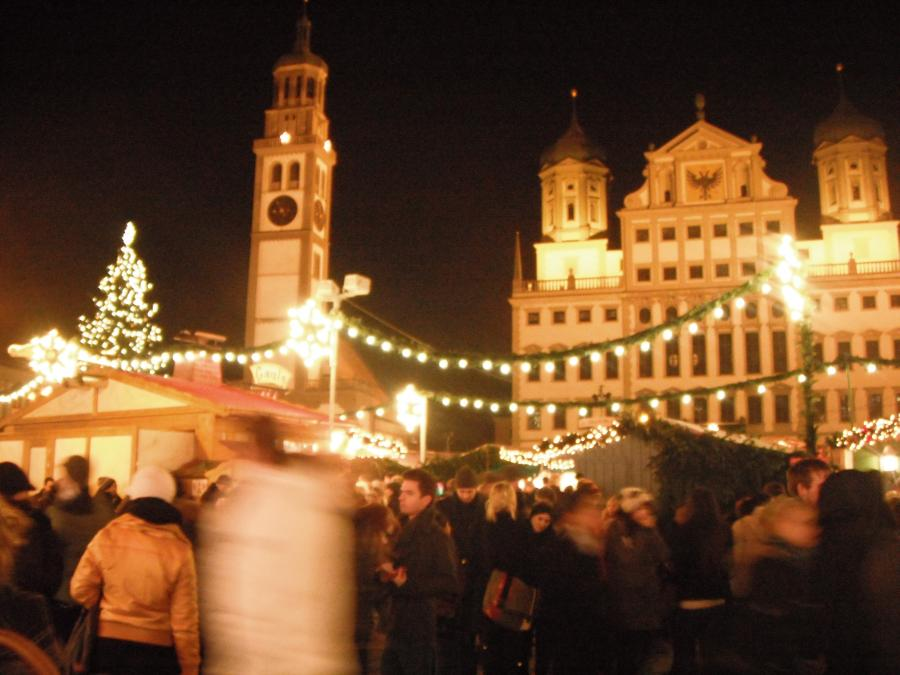 The Augsburg Christkindlesmarkt by Me

This article was written by Becky Keogh, published on 2nd December 2011 and has been read 6483 times.

Advice Travel Journal
I’ve been here for pretty much two months now and I’ve got to say, it feels more like 2 weeks! So much has happened and everything feels like such a blur… But I’ve got to say I’ve learnt a lot (not necessarily in an academic context!) so I think a little do/don’t list might be the most effective way of getting my points across!

1. DO plan what you want to study in advance.

The majority of people turn up to their host universities with no idea of what they want to study, myself included, and end up getting a bit frustrated when they find out that everything’s been full since the end of December.

Chances are you’ll be able to have a dig around and find out what you can study before you get there and by e-mailing the lecturer, they might be able to reserve a place for you. I sort of did that with Russian and was told to just turn up to the first lecture despite having signed up online and been put on a waiting list. Lo and behold, there were 5 free places (through people not turning up or native speakers being told not to formally sign up for the class and just take the exam) and 5 people from the waiting list had shown up. Had I not e-mailed the lecturer, I wouldn’t have turned up and wouldn't be doing Russian now!

If you log on to sign up to your lectures and they’re all full/sign-ups are closed, e-mail the lecturer and explain your situation. Chances are they’ll be a bit more lenient with ERASMUS students and they might make a place for you.

I’ll admit that’s what I did at first and ended up signing up for a lot of Ancient History courses. I’ve kept one on but dropped the rest as I had no idea what was going on and felt like I was stopping other people who wanted/needed to take the course from getting their points. At Augsburg, I could sign up for special German language courses which boosted my ECTS points and there was room for everyone, so it didn’t impede me.

5. DO grasp opportunities if they’re there.

I’ve started beginner’s Arabic which is actually a lot of fun! It keeps my brain going as I’m having to constantly think in three languages, and how many people can say they learnt a completely new language on their ERASMUS year abroad?!

6. DON’T rest on your laurels.

If you have a set ECTS limit for the year as opposed to each semester, don’t take it easy in the first semester to find yourself panicking in the second. Try and spread it all out evenly and if you end up with too many credits, it can only work in your favour. I only need to take 20 per semester and pass 8 (as I also have a 3,000 word project to do) but am currently taking 26 and doing about as many hours as I would at home. Everyone says they’ll travel but in reality, you just spend more time sat at home doing absolutely nothing. Keep yourself busy and you’ll reap the rewards!

I’ll admit it’s a bit difficult in Bayern because we’re a bit isolated from everything and it takes forever to get around on Regional transport but there are still so many fantastic things to see and good ticket offers (a Bayern ticket for up to 5 people gives you unlimited travel around Bayern on Regional transport as well as to Salzburg and Ulm, for example) so there’s no excuse!

8. DO talk to everyone you can and go to as many social events are you physically can!

Speaking as someone who hasn’t, I regret it thoroughly and now have a handful of weeks to change my ways. We assumed that everyone didn’t really want to talk to us because we were English when, in reality, we were just scared of taking to everyone else. Well, at least I was! I’ll admit I find it difficult to make friends as I have a tendency to be a bit, well, crazy so it’s been hard but I think I’m getting there. Basically, don’t say no!

9. DO try and get your parents/friends out to visit.

Not only will it give you that welcome taste of home for a few days, it’s a good opportunity to prove to both them and yourself just how much your language skills had improved. This time last year, I never would’ve believed that I could’ve got my parents and I around for a weekend, including confrontations with mean train conductors, lost Germans confused about where the train splits and Christkindlesmarkt stall holders accosting my poor, confused Dad thinking he was German! My parents are always surprised at my language skills as when I was younger, I refused to speak French on holiday because I was so scared of making a mistake. It’s only since I’ve come to University that my confidence has grown and I’ve learnt that you just have to get on with it. No-one uses perfect grammar 100% of the time in their mother tongue and that's just a fact of life. As long as you can be understood and, more importantly, understand what’s being asked of you, that’s all you can ask for.

10. DO keep in touch with friends also on their YA.

It’s always fun hearing about everyone else’s experiences and, if you plan far enough in advance, it’s nice to go and visit them and let them show you around where they are. As I said, it’s hard for me as I’m kind of isolated down here – I only have one friend nearby in München and the rest are mostly up in the North West of the country a good 6 hour train journey away. But it’s always worth making the effort and it’s always nice to see a friendly face, if only for a day or two.

I hope that’s been of some help. It has taken me a fair few weeks to realise some of these and I regret not figuring them out sooner. However, I am having an amazing time out here still (though I can’t wait to get home for Christmas in two-and-a-bit weeks. Who doesn’t love a good, old fashioned family Christmas?!) and now find myself starting to think more and more about my impending trip to Moscow… Not long to go now!