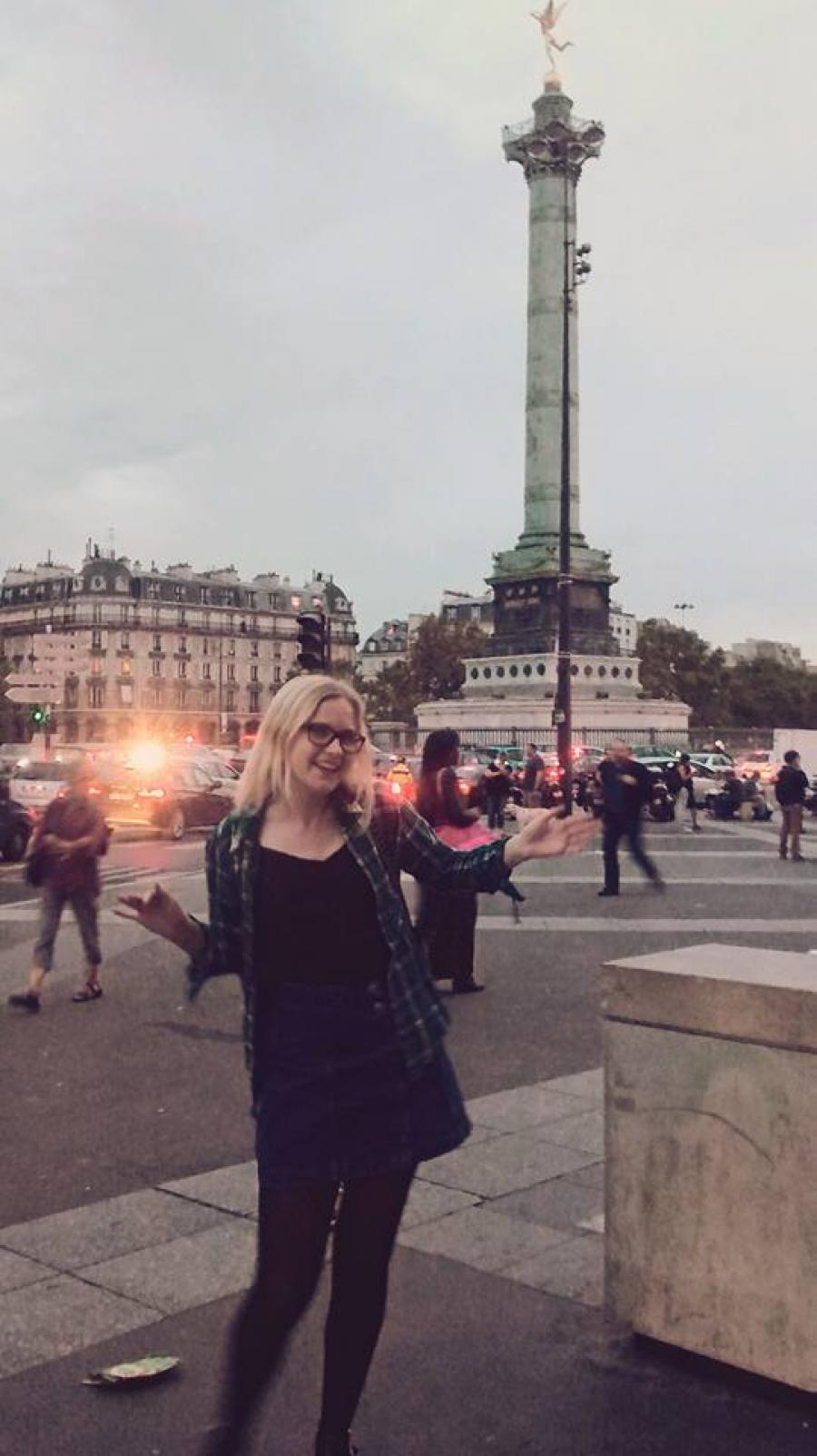 This article was written by Florentina Harris, published on 14th April 2016 and has been read 2739 times.

Florentina is studying Language and Culture (French and German) at University College London, and is spending her year abroad studying in Paris and working in Brittany. Here is her personal take on Paris, with all of her top recommendations and favourites!

1. Home is?
I live in a colocation in Michel Bizot with a mum and her son. The room is quite small and the quartier is pleasant but quite far out. To top it all I pay €800 but that’s Paris! Paris has a lot more to offer than its accommodation, don’t worry! It was difficult to get a university residence as I would have had to apply in April the year before. It was also difficult to place money on a colocation before going out to Paris as you can never trust people online! Attempting to find this spectacular accommodation I had to lodge in three different B&Bs. Airbnb is the website to try for temporary accommodation in the search for a place.

2. Building you’d like to buy?
Where to start?! Paris is the place for beautiful architecture. There is always a new ancient building I bump into. But there’s so many to choose from - the Grand Palais (where there are some fab exhibitions), the Louvre, the Musée d’Orsay (with that beautiful clock), Sacré-Coeur (with the view that goes with it) - but I think the Petit Palais is the most beautiful. There’s plenty of art to look at. I go in just to discover the décor of the walls and ceilings. Plus there’s an amazing restaurant!

3. Best meal?
OK this is undoubtedly Café de la Paix! Of course I went with my parents and got them to pay. Even though my stomach had expanded to such an extent that I was basically pregnant, it was so worth it. The food and the service was just top notch. For the best hot chocolate (€6... alors not insanely priced), head to Angelina’s near Tuileries. It is literally made up of solely rich melted chocolate.

4. Best value for money meal?
In the picturesque surroundings of the Marais with its quaint boutiques and cobbled streets, there is this amazing Falafel store. You just say falafel and 30 secs later this enormous thing comes your way. Its about €5 (£3).

5. Favourite place to shop?
Definitely the metro stop 'Haussman-Caumartin'. This is where the expensive boutiques, Printemps and Galeries Lafayette, lie. There is also H&M, Zara and Mango across the road. Very lively atmosphere! If you are a bit arty-farty check out the Marais for its vintage stores.

6. First thing you do when you arrive?
It’s that time of the year when your Erasmus grant is coming in and you’re a bit low on cash. Find a friend from your home university and go to the cheap 'Latin Quarter'. Pick up 2-for-1 cocktails and mange a crêpe... But as a necessity, sort the transport out and find somewhere to live!

7. Best drinking spot?
BASTILLE. This is the Istanbul of Paris. There’s lots of bars and lots of drunkards on the street. Go see an opera and then let your hair down in the area.

8. Best first date location?
I think a bar somewhere central, not too far from the Seine. And then a nice stroll down the river. My experience: we went to this bar near the Sorbonne. It wasn’t too expensive and had an informal, student-feel.

9. Earliest Paris memory?
On my first night I lodged at an airbnb - an apartment in Place de Clichy. At the time I was told this was a very picturesque area, being near to the artists on the Butte de la Montmartre and the Sacré-Coeur. Nobody told me about its proximity to Moulin Rouge and so the presence of many sex shops, and about its impoverishment. I thought I was going to be mugged just walking down Avenue de Clichy. My advice is never go to any dicey areas on your first few days in Paris whilst acclimatised to your surroundings.

10. Favourite Discovery?
I think the time when I was looking for the Eiffel tower, standing in the Champ de Mars and then my friend said ‘you’re not looking in the right direction.’ And then I looked behind- oh yeah I’m in Paris now! And my first viewing of the Eiffel Tower happened only a week before I left.

11. Best cultural spot?
Tuileries! Right in the centre of the sites. If you face the Seine and look across the river you will see the Musée d’Orsay by its iconic clock. If you walk left you find yourself heading into the oversized building of the Louvre and if you walk approach, you approach the Champs-Elysées.

12. Favourite club?
I’m not that passionate about clubbing. But my favourite bar is 'Le Reflet'. This is really near to my university. It’s fairly moderately priced and despite its French name it has a very British-pub feel with a real warm atmosphere. There is also an unbelievably cheap bar near ‘Arts et Metiers’ called 'L'attirail' where the drinks are dirt cheap and you literally get free chips brought to your table!

13. Best place to end a night out?
Head to one of the crêpe stands and get a standard ‘fromage et jambon’. Not too heavy but great for avoiding hangovers!

14. What would you do if you were mayor for a day?
Tidy up the signage in the metro station 'Chatelet'. This station is great because it has links to so many lines but so many people avoid it if possible because the way its structured is such a mess that people always get lost.

15. Building you’d like to be locked in over night?
The Louvre. With it being so vast (i.e. around 5000 paintings) I would be so occupied during the night that I would forget I was locked in.

16. Best time of year to visit?
October. Its nice weather, sunny, warm but not too hot. Go when there isn’t school holidays.

17. Thing you’d miss the most if you left?
The boulangeries! There is at every corner. I love just walking past them and admiring the patisseries. Sad, aren’t my!

18. Most overhyped tourist trap?
The Eiffel Tower! You pay €15 to walk up and then you reach the top and say ‘but where’s the Eiffel tower?’

19. Favourite local expression?
Du coup = donc. I remember being on the metro or in lectures and I would hear people say it all the time. I was thinking, "what are they saying?"

20. Best way to get from A to B?
Walk. Paris isn’t that big. Or RER. You can get from one end of the city to the other in probably half as much time as if you took the metro, and it’s the same price!

21. Best view?
The Arc de Triomphe. It’s a lot higher than it looks. It seems to be in the centre of things and so you can see most important sights. There’s also maps which are well annotated. Also ‘Tour de Montparnasse’- that ugly tower. That way you can have a view of everything including the Arc de Triomphe without the tower itself.

22. Who’s your local hero?
The police. The way they dealt with the aftermath of the shootings and reassured people that the city was safe again!

23. What’s next on your list?
I feel I know the north of France quite well. I want to see Marseilles and compare that accent with the Parisian twang.