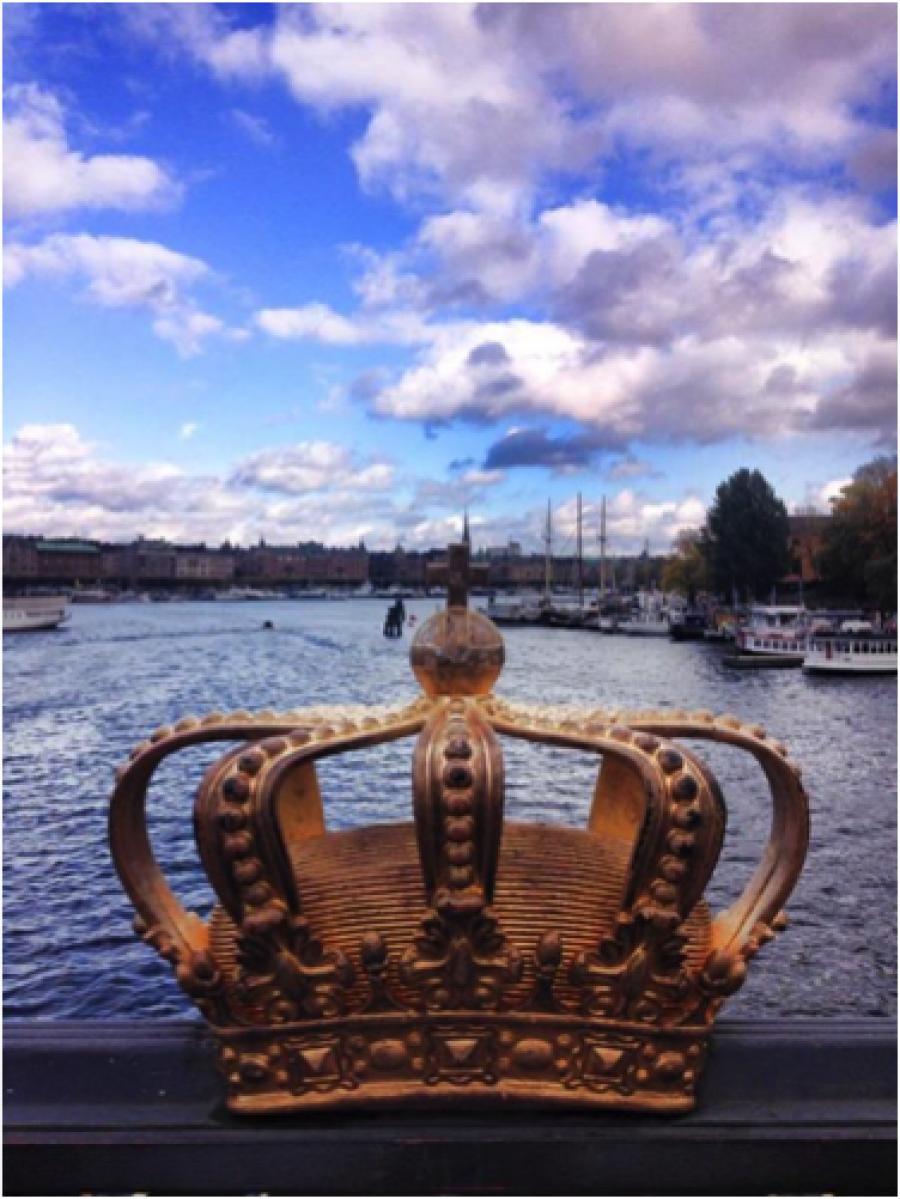 This article was written by Global Graduates, published on 28th October 2014 and has been read 5360 times.

Swedish Sweden Scandinavia Stockholm Leeds Uni Not a Linguist
Matthew Sides is an undergraduate student of English Language and Literature, studying at the University of Leeds. He is currently on an Erasmus exchange year at Stockholm University, doing surprisingly little studying and an abundance of exploring! Here are his experiences of Sweden so far...

"Why have you come all the way to Sweden to study English?!"

So far I’m three months into my exchange year and this question has now become somewhat of a prerequisite whenever I meet new people here. Everyone seems to view my situation with a mixture of both curiosity and amusement, but I’ve just become accustomed to reply with, well, “Why not?!”

Just because I don’t study a language like French or German, for instance, it doesn't make a year abroad any less valuable. In fact, I think it will make my CV stand out to future employers because Sweden is deemed to be such an ‘unusual’ destination. Plus, it makes for a great conversation starter… How many people do you know that have spent a year living in Sweden?

I think this is what attracted me to coming here. I’d never visited before, nor had any of my friends or family. While most people go to the standard destinations of France, Italy or Spain for their year abroad, I wanted to stand out from the crowd. And although I was terrified beforehand, the bet definitely paid off and so far, I couldn't be happier here… 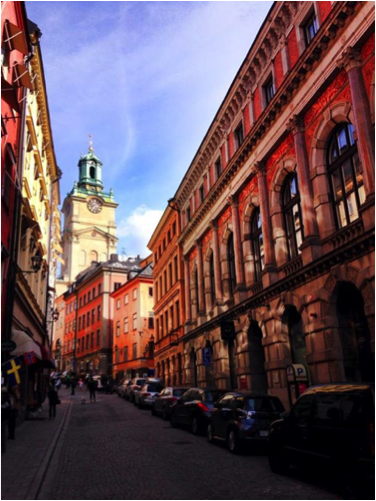 Stockholm is an amazing city. It’s often referred to as the ‘Capital of Scandinavia,’ and it’s easy to see why.

First and foremost, it’s stunningly beautiful. The city is built across many islands, so water surrounds you wherever you go. Whether you’re in the charming old town of Gamla Stan, with its terracotta and pastel coloured town houses, or the modern and glitzy shopping streets of Östermalm, walking around and exploring without a defined route is a great way to get the vibe of the city.

Of all the capitals of the world, few are more tightly packed with museums than Stockholm. You'll find at least one in almost every neighborhood. Art galleries, national parks, UNESCO World Heritage sites… you name it, Stockholm’s got it. It even has the world’s biggest IKEA…

For nightlife, there’s an array of bars and clubs, albeit very expensive ones. A glass of wine is around £7-10, whereas a pint of beer is typically £5-8. Swedes seem to have a different approach to drinking than at home in the UK, with more of a focus on relaxing in a bar and chatting, rather than on getting drunk and rowdy.

The music scene is also good - bands often play at bars in Sodermalm (the effortlessly cool hipster quarter), as well as an array of major acts coming to the Globe Arena just south of the city. While I’ve been here, both Lady Gaga and Pharrell Williams have played massive sold-out shows there.

Looking further afield, return flights to neighbouring Swedish cities can be got for £70 or so with SAS Airlines, so the opportunity to see more of the country is certainly affordable. Likewise, in my three months here so far I’ve been to Finland (twice!), Denmark and Latvia. Boats with companies such as Tallink and Viking Line depart daily from Stockholm and cabins go for as little as £15 each there and back. Weekend cruises to these destinations are a fun, affordable way to see parts of Europe that are so close to the UK but barely ever visited by us. It’s a shame really, because northern Europe is somewhat under appreciated by us Brits, despite its close proximity.

Next semester I'm hoping to organise trips to Swedish Lapland, Estonia and Russia. Sweden is deemed eye-wateringly expensive, but not for trips like this. You'd pay double to go to these destinations from the UK, so I'm trying to take advantage of my prime location in Northern Europe while I can! 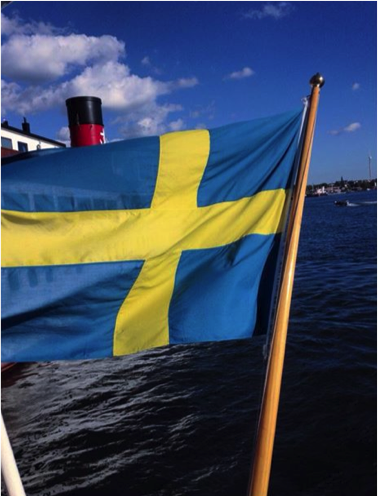 While Sweden is not exactly well-known for its student-friendly prices, one thing that I have found to be affordable here is public transport. The system they have in place here is strikingly different to the UK in every way - it’s cheaper, cleaner and more efficient. For the best value for money, you can purchase a 90 day travel card that allows for unlimited use of buses, tubes, overground trains, trams and ferries for only the equivalent of around £125 after student discount is applied.

After years of just accepting the mundanity of UK public transport, using it here in Stockholm is a treat. It may sound a strange thing to say, but I’m being sincere. Sunday to Thursday it runs 4am until 1am, while on a Friday and Saturday it’s running for 24 hours a day. No taxis needed to get home from a night out… ever! Not only this, but the timetables are precise too - if it says a bus is due at exactly 9.07am, you can bet your bottom dollar the bus will be there at exactly 9.07am! I don’t know how the Swedes do it, but either way, I’m consistently impressed with the city’s transport arrangements.

If you prefer to cycle, biking is a great way to see the city. Stockholm is extremely cyclist friendly and it has an abundance of cycle paths, something which seems to be a standard feature in all Swedish cities. 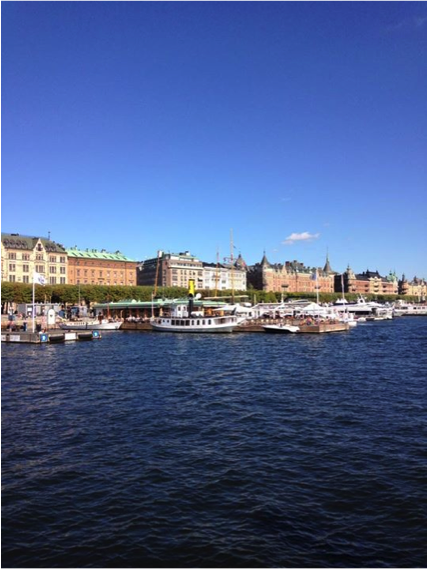 I study at Stockholm University and to my surprise, it’s nothing like what I’m used to in Leeds.

For modules back at home, I’m used to the structure of having a lecture or two, followed by a seminar in which we discuss the lecture’s topic in depth. In the English department here at Stockholm, there are no lectures. Furthermore, the timetabling here is somewhat unusual. At Leeds I would be given a timetable that would be the same each week, lasting a whole semester, whereas here it changes every week. Sometimes I can have no classes for a week or two, then the next week all three of my classes will run.

I’m currently doing three classes/courses (AKA modules) and it is intense. Some weeks I will have to read two or three novels in preparation for a class, but once in the seminar, the work itself is easier than at home. However, us exchange students are treated the same as any other regular student - if you miss two classes from any given course, you are given an automatic fail!

Alongside my studies I was fortunate enough to find a part time job - something considered a rarity for someone who doesn’t speak Swedish!

I work two hours on both a Thursday and Friday at a couple of primary schools in Stockholm, running an after school English club. It’s 200 SEK/hour (£20), which is considered a minimum wage here(!!), something which helps out greatly in a city that is not exactly world-renowned for its friendliness to your wallet.

This position was advertised through the weekly student newsletter here at Stockholm University, so I recommend you look out for opportunities like this, as I’m told they don’t come along too often. 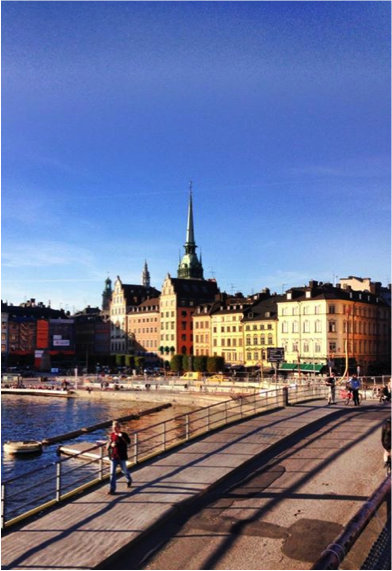 While the English department here at Stockholm University teaches entirely in English, you may wonder what the situation is like outside of an academic setting.

So far, language has not been an issue at all. I came here knowing no Swedish whatsoever, and even after three months, I’m still trying to grasp the basics of this incredibly difficult language.

However, everyone here speaks remarkably good English. In fact, on more than one occasion have I thought someone was British or American, when they were actually Swedish, because their mastery of the language was so proficient! Signs, menus and products are often written in both Swedish and English, so language is definitely nothing to worry about here.

I would love to go home speaking some degree of Swedish, but it just seems like an impossible task, considering the population as a whole are so advanced in their use of English.