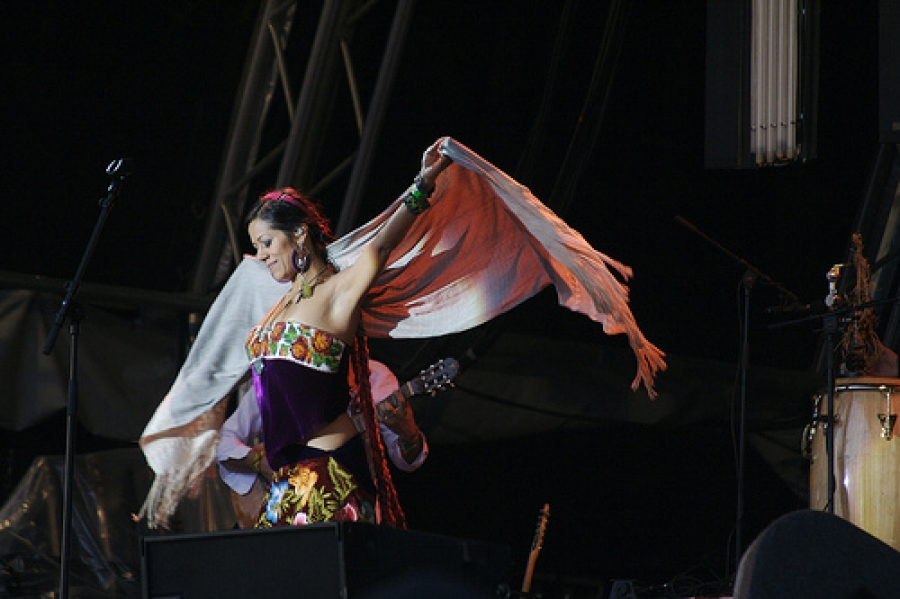 This article was written by Nick Goodchild, published on 6th September 2010 and has been read 9643 times.

Advice Study Abroad Work Abroad Volunteer Abroad Lost in Translation Not a Linguist
What was the world like before that the birth of the green and black music program, king of all melodic libraries, Spotify? Well, before then, people used to own music. And if you’re going on a year abroad, if you don’t have a smartphone, the Spotify app won’t be of much use. Long bus rides warrant bringing an mp3 with some good tunes, though you might just be looking to update your music collection. It seems that these days, with the English-speaking monopoly on the music industry, it is harder to come across foreign music. But that makes it all the sweeter and more surprising when you do. Your year abroad could be the perfect opportunity to discover some lesser known bands or artists, and improve your language skills at the same time!

Better than that, have you ever listened to a track you haven’t heard for ages and been mentally transported back to the place you first heard it? Music can be a great way to cement memories of your year abroad in your mind. That way, whenever you want to think back to your time away, you can listen to the music you associate with that place and let it take you there.

Here’s a selection of bands to get you started on your year abroad playlist!

This French duo have been making chilled melodic electropop since the late 90s, and they have become French national heroes. Their name is rumoured to be an acronym of ‘Amour, Imagination, Rêve’ and listening to their music, you can see why. The perfect soundtrack to a Summer’s day.

Get started – La Femme D’Argent, from their album Moon Safari

Hanging out in one of London’s many Latin themed venues, this is exactly the kind of thing you’ll hear coming through the speakers. It is the sound of Old Havana, of smoky clubs and rum, played by the very people who inhabited that world, pre-revolution. If you are going anywhere near Latin America or the Caribbean, this will really get you in their mindset before your trip.

Bossa Nova, especially Ben’s take, never sounded so good. Imagine beaches, a caipirinha, some soft waves and a need to slightly move your hips and you’re nearly there. This is heaven on tape, or mp3. Some of his songs have proved to be classics for the rise of the MPB (música popular brasileira), spawning many covers. You can’t really get much more chilled out than this.

If you grew up in the 90s and 2000s, there is almost no doubt that you will have heard these synth-voiced house producers at some point: Harder, Better, Faster, Stronger was almost a catchphrase at my school! For most, their sound sums up the French house scene, full of funky beats and synth distorted guitars and voices, which they brought kicking and screaming into the mainstream. Spend any amount of time in an electro club in France and you’re likely to hear their stuff.

Get started with – Digital Love and Harder, Better, Faster, Stronger from the album Discovery

Well, this guy doesn’t need much of an introduction, known as the father of Jazz, with good reason. With albums diversifying into bebop, rock and even Spanish acoustic guitar, you’ll really be spoilt for choice listening to his records. Perfect for a long bus ride, or just to chill out whilst you’re typing up some work. A real treat.

Get started – Oleo, off the album Kind of Blue

This Mexican-American duo have been making electro rock music, with some experimental rifts thrown, with jazzy undertones. Formerly from At the Drive-in, this duo have hit world-wide fame for their energetic shows and, though original, very easy to listen to material. The Mars Volta relies on mixing genres as well as languages – you’ll find it hard not to enjoy The Bach Song, for example, a remix of Bach and rock. Nice.

Get started – Roulette Dares (The Haunt of), from Deloused in the Comatorium

This is the sound of Old Mexico, Ranchera and Mariachi, pure and simple. Known popularly as El Rey, he started his career singing for tips on the streets of Mexico City, and has become a cultural icon throughout the Latin world, releasing over 50 albums. Whether you’re going to Mexico or just having burritos for dinner, he is definitely worth a listen. Or better, check out his videos to see his impressive moustache-sombrero combo!!

Get started - Estos celos, from the album Estos Celos

Again, here’s another man who doesn’t really need much of an introduction. A distinctive voice, mixed in with some folk sounds and beats, sprinkled with some unforgettable lyrics. The ultimate must-have artist on your list of drive-by tunes.

Get started – Blowin in the wind, another one of my personal favourites

An eclectic mixture of pop, folk, soft rock and electro, with reggae undertones, this Italian duo sure makes up for the amount of stick the boot-shaped country has received for its cheesy bands. Catchy, tranquil, easy-going, Subsonica’s albums are really enjoyable, whether you’re on the road or just wanting to put something on in the background. A real treat.

Get started – Incantevole, from the album Nel Vuoto Per Mano (97-07)

Madrugada (Norwegian, though sung in English…)

Ok, so the name might make you think it’s Spanish. And we kind of cheated as the group sing in English. But my God is this stuff good, genuinely. Something of the Fleet Foxes meets José Gonzalez – just really, really smooth, trippy songs. Perfect for those lazy Sundays.

Get started – Majesty, from their live album, Live at Tralfamadore

This German group, born in the 70s, has known world-wide success and sold millions of albums globally, with good reason. Robot-pop, it’s like a precursor to groups like Indochine and Depeche Mode. Very catchy electro beats, good synth and the odd flute thrown in, this is definitely worth downloading.

Get started – Computer Love, from the album Computer World

Balkan Beat Box (No idea, as it depends on the song)

This is possibly one of the most eclectic, eccentric, bizarre and down-right amazing bands out there at the moment. It’s like Manu Chao on some intense trip, with Turkish bells resonating in the background. Definitely strange. Definitely moreish. But I can’t seem to pinpoint why; the melody, the unintelligible wailing or the trumpets tooting out some jazzy undertones. Either way, it’s travel music, that’s for sure.

Get started – Bulgarian Chicks, from their self-entitled album.

The Beginning of the Year Abroad