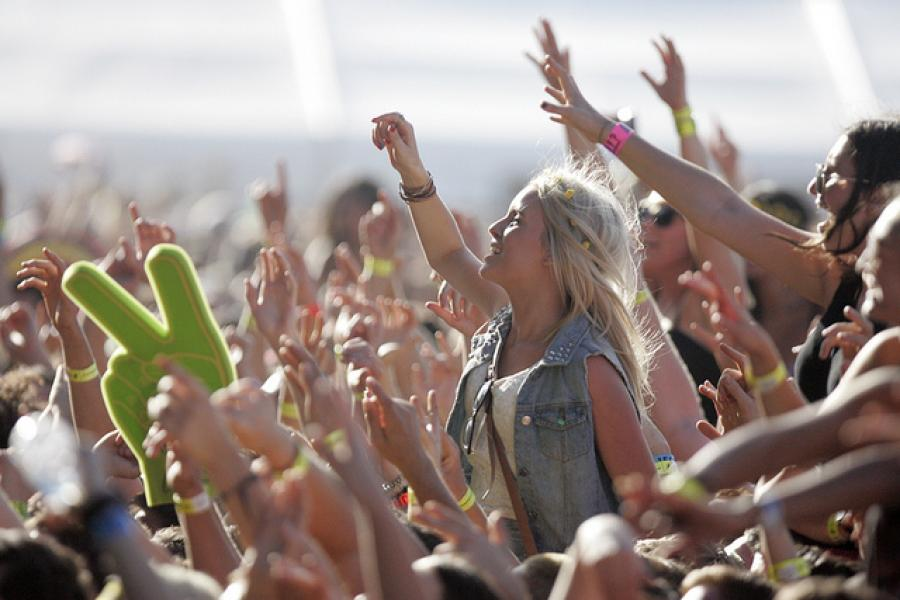 This article was written by Abi Yates, published on 2nd March 2016 and has been read 2540 times.

Australia, although well-known for its weather and wildlife, has a relatively underrated music scene. However, with the likes of Sia and Iggy Azalea now of worldwide fame, Australian artists are attracting more and more attention. As a result, festivals are becoming bigger and better, with both international notable performers and Australian artists filling the line-up. Meanwhile the underground gig scene is growing and opportunities for live music are becoming even more accessible.

Due to the size of the country, festivals usually do a ‘tour’, where the line up travels around to multiple different cities so there’s no need for big journeys (and cost) to experience great music. The following is a list of the major festivals and their notable performers (although some of the following have been cancelled this year)...

2. Listen Out
An emerging new festival, Listen Out, has already hooked new and explosive talent making it a success after only two years. Focusing on indie folk and dance, the festival has had strong line-ups including Disclosure, Flume and Chet Faker. A small but intimate experience, with fresh artists playing quality music before they hit mainstream.

5. Soundwave
For the heavy metal and rock enthusiasts, Soundwave is the must-go-to festival of the summer. Held in late February – early March, its strong reputation has attracted the likes of Green Day, Metallica and Blink-182.

6. Stereosonic
Considered the fasted growing festival, Stereosonic is a dance and electronic festival held in late November/early December. Notable headliners include Calvin Harris, Armin Van Buuren and David Guetta. A popular ‘tradition’ amongst attendees is going to the gym heavily prior to the event in order to show off muscle, resulting in the hashtag: shreddedforstereo. While some take it seriously, with a small percentage resorting to steroids, the majority embrace the stereotype for a laugh: ‘gotta get shredded for stereo brah’ *said in heavy Australian accent.

7. Splendour in the Grass
This festival is considered Australia’s largest winter festival now held over a three-day period in July. Previous artists include Coldplay and Arctic Monkeys.

8. Groovin the Moo
Another festival focusing on Australian music is Groovin the Moo. Local fan favourites such as Hilltop Hoods, Vance Joy and the Wombats are all past performers, but some UK and USA artists such as the Black Keys and the Kaiser Chiefs have also been featured.

One of the most popular radio stations in Australia is Triple J, which focuses on homegrown talent, introducing new and upcoming singles and artists. The station’s most famous show is the hottest 100, featured on Australia Day, when a countdown of the top 100 singles of the year are played, as voted by their listeners. It is of great prestige to be voted number one, with previous winners including Vance Joy (Riptide) and Chet Faker (Talk is Cheap). Wherever you are for this holiday, Triple J have your soundtrack covered.

1. Pierce Brothers
‘Pierce Brothers are an incredibly talented duo bursting with energy. The twin brothers, Jack & Pat, are regularly found busking on Burke Street (Melbourne) – attracting large crowds of all ages with their cheerful fold pop. Their gigs are intimate and full of life with Jack drumming on everything from venue pipes and walls to Pat’s guitar. An experience not to be missed!’ – Sandra Kahari.

3. And then some…
British India, Flume, Vance Joy and Lorde: