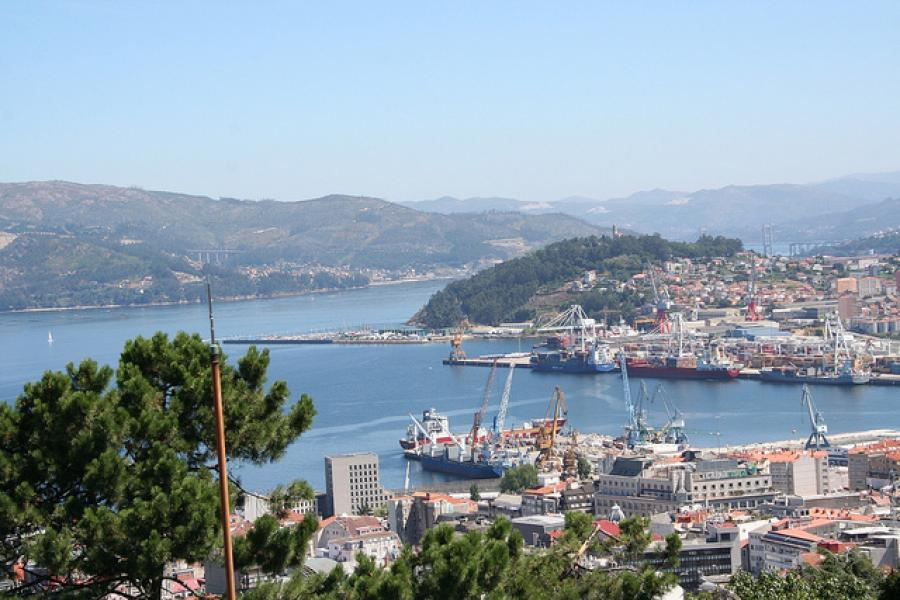 This article was written by Thomas Rowley, published on 29th April 2013 and has been read 5473 times.

Mole Diaries Erasmus+ Traineeship Vigo
Thomas is studying French, German and Spanish and is spending his year abroad as an Erasmus student in Vigo, Spain. Here is his advice about accommodation, getting around town, the weather, eating out, the nightlife and the university in Vigo, for future year abroaders...

While there are websites where you can try and arrange accommodation before arriving in Vigo (such as idealista.com and easypiso.com), the International Office (ORI) can help you to find accommodation. Outside the ORI there are lots of adverts for people looking for roommates, so you don’t need to have something sorted beforehand. Also there are plenty of cheap hotels where you can stay while you are looking. The university campus is about half an hour by bus away from the city centre, and there is a university residence there, but there is nothing really to do at the campus - all the partying and activity is in the city, so my advice would be to look for a piso or residence in the city centre, even though it means you have to take a bus every day.

Speaking of buses, you can apply free-of-charge for a bus card, which you top-up, and which gives you a reduced bus fare. The standard bus fare is €1.24 per journey, and with the card it is €0.74. Buses to the campus are the U2 (from Plaza de España) and U1 (from Plaza de América), and these arrive every half hour. Alternatively the 15c and L8 from Porto do Sol go to the campus every hour.

Taxis are also relatively cheap, even during the evenings.

As Galicia’s biggest city, Vigo is not only well connected to other Galician towns such as A Coruña or Santiago de Compestela, both by bus and train, but also to major Spanish cities such as Madrid or Barcelona (even though they are a long way away). You can also pop over to Portugal for the day as there is a bus to the coastal city of Porto, which runs several times a day.

There’s a reason why Galicia is so green…it rains. A lot. In summer it’s very warm and humid, so pack your shorts for when you first come out. But remember that once summer ends it will turn a lot milder, and will rain a lot. Also, as the university campus is in the mountains, in the winter months it can be very cold there, but warm in the city centre. So remember take a jacket up there with you just in case. Saying that, shopping in Spain is very cheap; good quality shops like Zara, H&M or, my favourite, Pull & Bear, are dirt cheap compared to the UK, so you could always just buy more winter clothes when you’re out here.

Galicia is known for its seafood, and as you’re right on the sea front, you must try pulpo a la gallega (octopus) even if it’s just the once. Eating out in Vigo and all of Galicia is much cheaper than other, more touristy parts of Spain; you can easily have a three course meal and drink for less than €10, with one of the many lunchtime specials.

The university cafeterias are even cheaper. If you study in the Facultad de Traducción there is a small canteen, but for better food, go the building opposite the ORI, where you there is a selection of restaurants to choose from.

Galicia attracts a lot fewer tourists than other parts of Spain, and therefore many cafes give free tapas without you even ordering it. On Calle del Príncipe there is a great bar with free tapas called el Concordato. Also, head down to Plaza de Compostela, where there are loads of restaurants and bars. If you ever tire of Spanish cuisine, the shopping centre on Gran Via contains a huge food court, with international restaurants. They are a bit more expensive but still a lot cheaper compared to the UK.

Spain is a nocturnal country. Restaurants will be empty until about 9pm at the earliest. Clubs don’t start getting full until about 3am. Before that, if the weather is nice, head down the port, where thousands of people gather to hacer botellón. In the summer months when it’s still warm at night it’s great to pre-drink down on the seafront, and it’s also much cheaper, a bottle of rum for example costs about €9!

When the weather gets a bit colder, head to the old town, where there are bars and also many “chupito bars” which specialise in just selling shots. When it comes to clubs, there are so many to choose from, but expect lots of Spanish cheese wherever you go. In the club zone, near to Plaza de Portugal, there’s a Jamaican reggae club, called Kingston. Reggae isn’t my thing but go, even if it’s just once - I loved it! There’s also a club called Lolita, very close to Kingston, which changes theme. At the weekend it’s often 80s themed, if you like that kind of thing. Loft, is a bit further away from the others, the other side of Plaza de Portugal, and that’s probably my favourite. It plays a mixture of Spanish and English music. If Loft isn’t my favourite, then it’s Master, which is away from the others on Calle Urzaiz, which is still really central. Worth going to on a student night (Thursdays) is Embassi, which is further away from the other clubs but has a really good vibe. On every other night, the entry age is about 25, so if you’re a still young like me then Thursday is the only day to go really, unless they have a special “younger” night.

Club entry is never really more than €5, and it ALWAYS seems to include a free chupito, or a free beer (Estrella de Galicia = best Spanish beer) or a reduction on a cubata (spirit and mixer). Drinking in clubs and bars seems a lot cheaper than the UK, and when you order whisky and coke for example, for example, it’s always free measures - so that's a lot more alcohol than the shot-measures we always have at home. Spain’s famous for its fiesta… and you’ll see why!

The boring part. Lessons and administration

Timetables for Erasmus students are quite good: you get to choose which modules you wish to take, and how many. Try to avoid too many early starts (remember the city is up to an hour away on bus), and be warned that lessons can carry on into the early evening. You also get a few weeks to try out the modules - I changed mine a few times – before you have to officially register.

Rule 1 for life in Spain: do not expect any administration type thing to be done without some form of stress, or you being told to come back “mañana”. Getting forms signed can seem a nightmare, as the international office, which conveniently closes at 2pm, has to sign everything as well as the faculty. But keep calm and chase the forms up and eventually you will get there.

Getting a bus pass

Applying for the bus pass can be equally as much hassle, and remember you have to go to the bank to give the form in (even though it’s free) and then to collect the bus pass. My advice for administration in Spain would be to take as many photocopies of your passport and as many passport photos as you can, because you seem to need them for everything.

But chill, don’t get stressed and accept that everything will get done at Spanish pace and you’ll get there eventually and then can sit back and enjoy one of the most beautiful, different parts of Spain, and an unforgettable Galician Erasmus experience.

Check out Thomas's blog for his latest update...