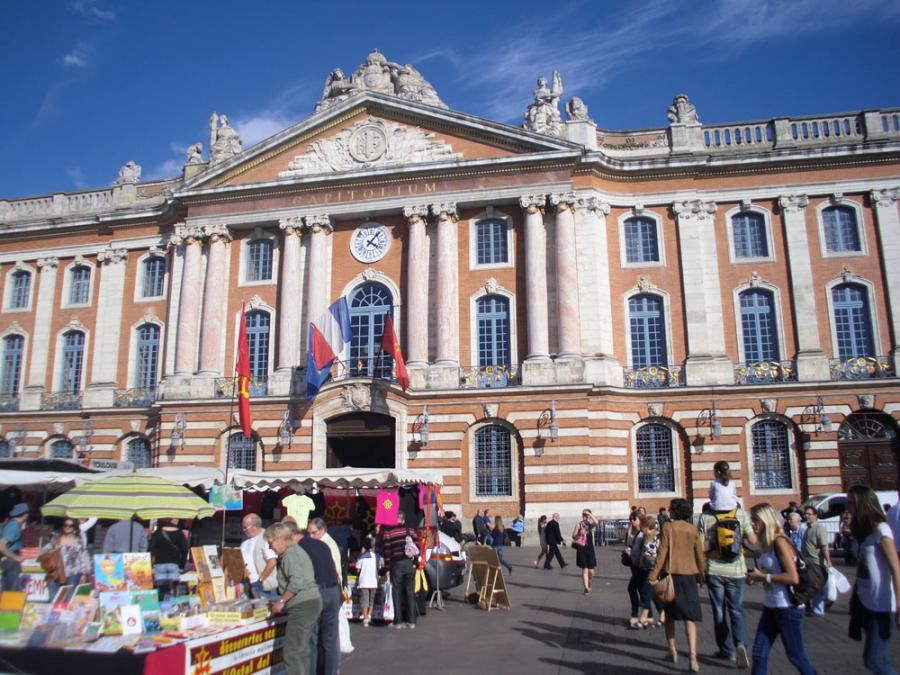 The city centre by Hayley French

This article was written by Hayley French, published on 24th November 2011 and has been read 8020 times.

Toulouse Mole Diaries Bangor Uni
Hayley French is studying Spanish, French and Italian triple major at Bangor University in Wales. She took the opportunity to spend a semester in each of the countries and is just coming to the end of her second placement in Toulouse. She chose Toulouse as she is a big fan of the weather in the south of France and is especially interested in the southern culture. Here she passes on her Top Ten Tips for your placement in Toulouse...

1. If possible find your accommodation BEFORE you arrive in Toulouse

Finding accommodation in Toulouse was possibly one of the most stressful things I’ve ever had to do. When on my placement in Spain, I had already secured it, but this time I wasn’t having as much luck. I’d been advised against Uni Halls as I’d been told that the area was a bit rough to say the least, so thought that finding a private let would be a better option. I’d spent hours trawling the web and asking everyone I knew about accommodation, and almost got somewhere several times before it fell through at the last minute. Just like in the UK, landlords aren’t too keen on giving you their property just for the semester as was the case with me, so I booked into a cheap hotel and began my search whilst out here. It didn’t get any easier. To cut a very long story short, someone tried to scam me for €1500 so DON’T PAY UNTIL YOU HAVE SEEN THE APARTMENT. Ask anyone and everyone: I found my accommodation purely by chance as the hotel owner happened to have a little barn conversion lying empty which he agreed to furnish for me, however I was extremely lucky and would recommend booking halls, even if it’s just as a backup. Do beware that there are many foreign students in the halls so your French might not improve as much as you’d hoped.

2. If you’re at a foreign Uni, pick modules which you enjoy

If you’re at Uni during your placement, it’s important to pick modules which you enjoy. The general stereotype is that your year abroad is basically a party year which, although true to some extent, you will probably get a bit more out of if you keep a hand on the academic side of things too. Make sure you go to as many classes as you can during your time before enrolling officially. This lets you see what goes on in the class and decide what courses are for you. It was through a module at a foreign university that I decided that I definitely wanted to go into interpretation. Here in Toulouse, there are plenty of classes where you can keep your other languages up or even learn the basics of a new one! It’s also worth knowing that you can pick your level too, I’m doing second year Italian grammar as I thought it was worth going over the basics again (never too much grammar, hey?!) and also doing Italian oral. It’s amazing how much you forget when you’re not doing the classes every week, so it's definitely worth keeping it up.

3. If you can, take a DEFLE French course in Toulouse

The DEFLE course is brilliant. If you’re at Toulouse Mirail II University, you have the opportunity at the beginning of the semester to take a (3hr!) French exam. If you’re anything like me, this won’t sound appealing, however it puts you into a class of similar level students, which means you’re getting tuition tailored to your ability. There were only 10 students including me in my group, which meant we got to know each other very quickly and it became like the classes in my British uni. With such a small number of students, we often discuss things which aren’t necessarily in the lecturer’s lesson plan and you feel you can bring up anything you’re unsure of, rather than having to stick rigidly to the curriculum. She also makes us all speak French individually every lesson, which can be a little annoying however very beneficial.

If you don’t listen to anything else I’ve said, listen to this one! I went with my landlady to see Toulouse vs Gloucester. It was undoubtedly my best experience of my placement. The atmosphere is absolutely fantastic and it’s quite unlike any other rugby match you will ever see. Sat behind us was a band who decided to play music and drum the whole way through the match, which helped build the tension to say the least. Being from the UK, I was obviously supporting Gloucester, complete with my St. George’s crosses on my cheeks in red lipstick, however was sat on the front row amongst the Toulouse fans. The ‘banter’ between us and the French was hilarious. The only thing I wouldn’t recommend was the result: Toulouse 21, Gloucester 17...

5. Get a Carte Pastel metro card

This saved me an absolute fortune! A ‘carte pastel’ is a membership card which allows you to get extremely cheap public transport. I lived slightly out of Toulouse so I needed public transport to get anywhere, and this card literally saved my (financial) life! It costs €8 from the Tisseo offices (the airport, Arene, Jean-Jaurès) and means you can get a 31-day unlimited bus, tram and metro pass for €10 if you’re under 26. It excludes the airport shuttle but you can get the normal number 66 bus into town with your card anyway.

6. Get a Carte Fidelité for the cinema

The Carte Fidelité is a free discount card which can save you a fortune. I got mine before I went to see ‘Breaking Dawn’ and ended up getting a ticket for the first showing for €4.30. The French seem to be on the ball with cinema, we got to see it 2 whole days before it came out in the UK – definitely worth it to rub it in on Facebook to your friends at home, even if it did have French subtitles.

7. Take a trip to the shopping centre at Blagnac

The biggest (and best in my opinion) shopping centre is the one near the airport in Blagnac. It’s easiest to get the tram to Grand Noble. There are loads of French shops along with some you might recognise too, in addition to a few bars and restaurants – it even has Pizza Hut nearby which is actually surprisingly different to the ones in the UK!

8. Keep your wits about you

Whilst the majority of French people are absolutely lovely, just like in the UK, there are a few unsavoury characters which you may come across in your time in Toulouse. Keep out of the area of Mirail/Bellefontaine after dark if you’re on your own, two guys on a moped tried to snatch my handbag as I was walking. Needless to say they received some very unladylike language. Don’t get freaked out by the drivers, sometimes they will stop and ask you if you need a lift, just say no thanks and keep walking. The same applies to numerous cat-calls and wolf-whistles along with cars slowing down purely to have a good look at you – it’s nothing personal so try not to freak out too much!

9. Visit the Jardin Royal at the bottom of Allée Forain François Verdier

On a sunny day, it’s a lovely short walk from Jean-Jaurès and you can literally sit for hours watching the world go by. There is a huge fountain and loads of benches along with lawn where you can work on your ‘I-live-in-the-South-of-France’ tan.

10. Eat the ice cream from Amorino on Place Capitole and drink wine in the Victor Hugo market

Possibly the best ice cream I have ever had in my life. Cheered me up no end on a wet miserable day when I have nowhere to live! Also went with my landlords after England’s crushing world cup defeat against France, to the Victor Hugo market. You really can’t get any more French. You buy a bottle of wine and the stall provides the glasses, and you literally stand and drink, taking in everything around you. An unforgettable (or slightly forgettable 3 bottles later!) experience.

Yes it’s a cliché, but life really is too short, and you’re being given an opportunity that many would die for. Yes do your work and write your dissertation and what not, but seriously, enjoy it. Likelihood is, you're never going to get this opportunity again – a year where you’re paid by the EU in Erasmus grants to go and literally speak and enjoy. You’ll kick yourself if you don’t!

Would you recommend taking a car to France?

I'm in Cadiz,  Spain for my year abroad and I drove from Brighton...I had just got my car after my old banger had to be scrapped, so wasn't practical to sell it or leave it behind. I travelled with m...