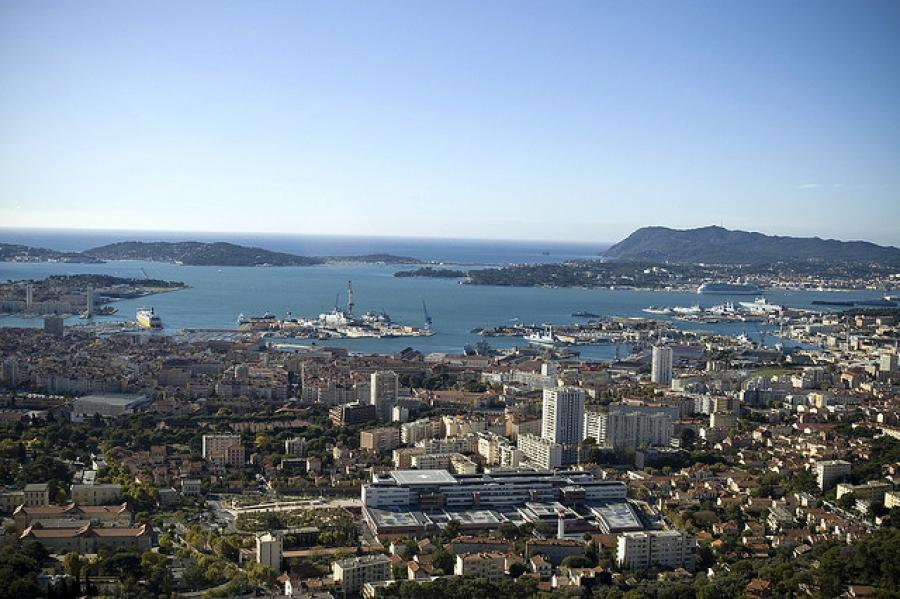 This article was written by Morwenna Francis, published on 22nd April 2013 and has been read 10359 times.

Mole Diaries Sheffield Uni Toulon Comenius
Morwennais studying Modern Languages at the University of Sheffield. She spent her first semester as a Comenius assistant in Toulon, France, so here is her guide to accommodation, travelling, student discounts, socialising, shopping and making the most of your time in the sunny southern city...

Toulon is a medium-sized naval port town located in the département du Var on the beautiful Cote d’Azur, close to Saint Tropez and right in between Nice and Marseille. Although it may not be a town famed for its beauty, it is full of non-English speakers, situated perfectly between the mountains and the sea, is home to Jonny Wilkinson’s current rugby team and is only three hours away from Italy. What more could you want?

As I was only there for four months, I was expecting it to be difficult to find decent accommodation. However, a week after making myself a nice profile on Appartager, two lovely students who would also be leaving to do Erasmus at Christmas contacted me with a spare room. (N.B. Toulon has a university, however it is not in the centre of the town, so many students don’t live in the centre either.) Many of my friends also found rooms on the same website, so definitely make yourself a good profile! Other good options are out of season holiday apartments or asking for a list of available housing at the Maison de l’Étudiant in the town centre. Toulon obviously has south of France prices, so expect to be paying around €350-450 a month for accommodation.

Best area to live in: Le Mourillon is where the beaches and (nice) bars are, and where the majority of the young Toulonnais live.

Areas to avoid living in: The Port area (lots of bars filled with some slightly dodgy characters) and Toulon Oueste (referred to by a friend that lived there for a few months as the “ghetto of Toulon”…).

Getting there & Getting Around

You can fly into either Marseille or Nice airport, both are around the same distance away. Once there, it’s easy to find buses to the train stations (the stops at both airports are located right outside the doors of arrivals) and then take a direct train to Toulon. Before arriving in France, I recommend ordering yourself an SNCF carte jeune (a.k.a. 18-27) railcard. It costs €50 for a year but will save you between 25-60% on your train tickets, depending when you travel, and you can also get discounts with it in other European countries. I definitely got my money’s worth from mine!

When you’re actually in Toulon, head over to the Réseau Mistral agence commercial (signposted just off Place de la Liberté) to buy yourself a Carte Mistral. This is basically the Toulon version of the Oyster Card which you top up each month at various tabacs and can have unlimited use of all the buses and boats in Toulon. For students and ‘apprentices’/work placement students it only costs €21 a month. To get one, you need to fill out this form (which you can also get at the office), take it with you to the agence commercial along with a passport photo, a photocopy of your passport and your work/university contract (although I didn’t get asked for mine).

The card initially costs around €8. The buses and boats are pretty regular throughout the day, but don’t normally run after 9.30pm, except for the nocturnes on Friday and Saturday which run until 1am. Check out the timetables here.

I found my friends through a ‘Département du Var’ assistants Facebook group that someone had set up, so definitely look for a group - there turned out to be more than 50 of us working in or around Toulon, and surprisingly we weren’t all British! I also used Conversation Exchange to meet some French people for language exchanges. To find clubs classes and events, pop into the tourist office where they can give you a list or look on the OnVaSortir website where people add events.

Again, Toulon isn’t renowned for its nightlife and frankly, some of the clubs and bars are downright dodgy due to the existence of the French naval base (not all French naval men are creepy by the way, my friends have met some lovely ones who are now their boyfriends!). However, most of the young people head to Le Mourillon to places such as Havana Café, Rhum Bar and Coté Jardin (on the seafront).

Toulon itself isn’t exactly a tourist hotspot, except for those arriving on cruise ships or passing through on their way to Nice, however there are plenty of things to do, especially if you’re a culture vulture. Head to the beaches at Le Mourillon, visit the famous Opéra House (designed by the same guy who did L’Opéra Garnier in Paris), cheer Jonny on at a Toulon rugby match at Stade Mayol or go up Mont Faron in the cable car for some spectacular views. If you don’t fancy spending too much money, use your carte mistral to take one of the bus-ferries across the harbour to the quieter beaches of Les Sablettes or Saint-Mandrier.

On a rainy day (and there are plenty of these in the winter!) there are two cinemas in Toulon town centre: the Gaumont Pathé which shows all of the latest releases (dubbed into French of course) and the Ciné Royal which is slightly cheaper and shows more arty and foreign films. There is also the Théâtre Liberté which usually has a show on each evening and doesn’t tend to be too expensive. And if food is your thing, head to the all-you-can eat creperie (located nice and close to the CAF office!).

Make the most of your railcard by hopping on a train to explore the Cote d’Azur: Cannes, Nice, Antibes, Ventimiglia (in Italy!), Marseille and Aix-en-Provence are not far away at all. And St Tropez is just a €2 bus ride away (catch this bus from the Gare Routiere next to the train station).

Again, Toulon isn’t renowned for its nightlife and frankly, some of the clubs and bars are downright dodgy due to the existence of the French naval base (not all French naval men are creepy by the way, my friends have met some lovely ones who are now their boyfriends!). However, most of the young people head to Le Mourillon to places such as Havana Café, Rhum Bar and Coté Jardin (on the seafront). Don’t expect student prices when you go out: a rum and coke is around €6 and cocktails are around euros, however a glass of wine is normally €2-3.

There is a large Carrefour in the shopping centre in the town Centre Mayol for food, and several smaller supermarkets in the various suburbs. In terms of ‘shopping’there is a New Look, FNAC, Zara, Pimkie and Sephora as well as some other generic French clothes shops, however, if you’re need of some real retail therapy, get the bus out to the Grand Var shopping centre in La Garde (just outside of the town) or hop on a train to Marseille!

Pack for all weathers, seriously! I was there from September to December during which time the weather went from 30 degrees and sunny, to torrential thunder storms, back to sunny and warm, to more rain and weeks of grey clouds to sunny and cold. There is also a constant strong wind, known as Le Mistral, so be prepared for your umbrella to break. So basically, pack everything from sun cream and shorts to a winter coat and gloves, and definitely make sure you have some shoes that can withstand the rain!

by Emily Holland
Living and working in Germany