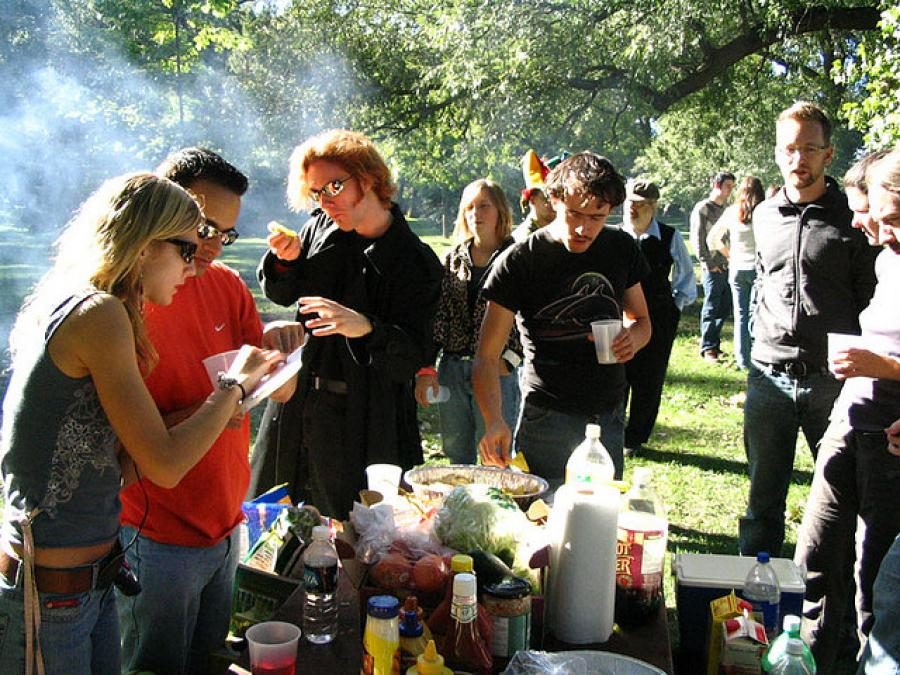 This article was written by George Ward, published on 28th March 2013 and has been read 9032 times.

George Ward spent nearly four months on exchange in Toronto, Canada, in the first term of his 3rd year Journalism studies at Edinburgh Napier University, Scotland. Some of this Mole Diary was originally documented in his blog, but here he tells us in more detail about Toronto and shares some general tips for all exchangers.

When researching university courses back in 2008 I kept a lookout for those that had the option to study abroad as part of the degree and fortunately my chosen course had such an option. The best option for me was Toronto; it has a great reputation for teaching my course, I have family living around half an hour from the centre (who I had not seen in five years) and I have always wanted to live on that side of the world, for a short amount of time at least.

1. Getting there (and back)

From the UK, Canadian Affair is an affordable option, especially if you book well in advance. I booked when during a promotion, and managed to get a return flight for £350, departing the end of August and returning in mid-December. There are a number of companies to fly with, so put time into shopping around and when your exchange place is confirmed, book your seats as soon as you can.

The guidebooks are correct. Toronto is a vibrant hub, a concoction of nationalities and cultures in one area, an industrious community, a tourism haven, a youthful zone and many other descriptive words in front of different words for ‘place’. Despite the vast population, Toronto does not have the claustrophobic feel that many cities have, with most people appearing to have a relatively laid-back but not lazy mind-set.

This won’t be the first or last time you’ve heard this, but Toronto is incredibly multicultural. The predominant spoken language is English, but as you discover the individual communities you’ll see how diverse a place it is, with many languages and traditions apparent. 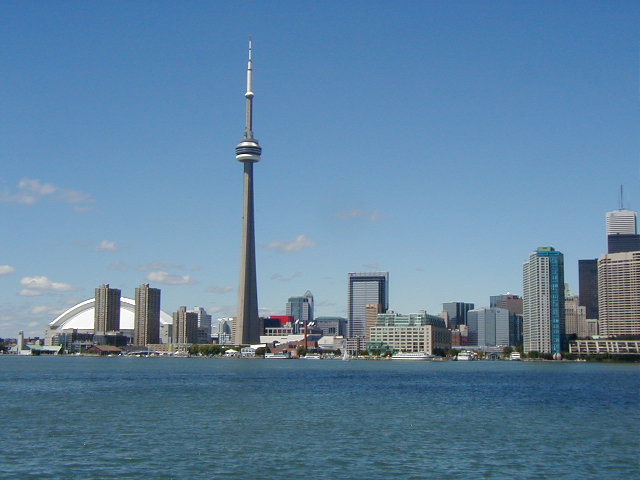 It’s best to sort out accommodation before you arrive in anywhere new as you may find your potential high stress levels are increased furthermore by not being able to get a roof over your head! The main options for Toronto exchange students are Neill-Wycik Cooperative, Best Western Primrose hotel or private accommodation.

I stayed in Neill-Wycik and can quite honestly say it is the best place to stay Downtown while you are on exchange. Yes, there may be some mouse sightings and yes, some say the area is not the safest, but once you arrive, unpack and meet fellow students from around the globe your worries will vanish and the good times will begin. I could go on about all the benefits in this mole diary, such as its excellent value for money and prime location to Ryerson University, but it might be better for me to link you to my review – you can read it here. If you do decide to stay here, request your international application pack as soon as possible.

There are a range of bars, clubs and bars that are clubs in the downtown Toronto area, with the below being the more memorable ones I experienced, ranked in order of enjoyment.

1. The Brunswick: Known as ‘The Brunny’, this $5 entry cheap chart-fest is best visited with a large group of mates. Slightly sleazy, if you happen to be female, be prepared for ‘attention’ but don’t be afraid to put lads in their place. Great tunes, cheap drinks and a student vibe, plus good seating areas – it’s all good, really.
2. The Ballroom Bowl: When you turn up here for the first time, you may think you’re at the wrong venue – don’t worry – it is a bowling alley, but above you will find a relaxed bar and dance area. As the night goes on, everyone will be on the dance floor or conversing in the decked-out outdoor area.
3. Lou Dawg’s: This student-friendly bar is a great place to socialise, and if you’re a keen singer (or can open your mouth to make some form of noise) the karaoke nights are a laugh. Remember to try some pulled pork poutine (see the food and drink section below).
4. Grace O’Malley’s: This compact Irish jaunt is always buzzing, with the live music nights often showcasing some decent talent.
5. Tequila Jacks: This club has a fairly odd layout but manages to be trendy and student-friendly all the same.
6. Mick E Fynns: More than an average Irish pub, Fynns turns into a slightly congested but enjoyable disco towards the end of the week.
7. The Ram in the Rye: Ryerson University’s student pub hosts a number of events through the week and is a good place to catch up after class.
8. Century: Very expensive, crowded and unappealing music – not the best venue by far.

Other venues I did not try include The Guvernment and Madison Avenue, the former being rated one of the best clubs in the world, but you have to be 21 to enter. There are a wide range of live music performances across the city throughout the year. You may also be invited to a ‘frat (fraternity) party’, with mixed results.

If you don’t drink, or want a quieter night for once, there is plenty more to do in the evenings:

I went out onto the streets and asked a range of students about their food preferences. In the video I ask them to compare Starbucks with Tim Horton’s (coffee merchants), Metro and Loblaws (supermarkets) and I ask about their favourite Toronto dish, amongst other things:

Toronto has a great transport system. The TTC website will give you up-to-date prices for the Subway, Bus and Streetcar networks and if you’re travelling further afield, the double-decker Go Trains may be your best option. Taxis cost around about the same as they do in the UK.

If you plan to visit places such as Ottawa, Montreal, Quebec City or perhaps New York or Chicago, there are a number of good-value bus trips on offer. Planes are advisable if you are considering going further afield, and if you decide to rent a car, make sure you acclimatise to the ways of the roads beforehand.

Known as one of the safest cities in North America, if not the world, Toronto does contain some areas that are best avoided (like every city) but for the most part, especially if you are walking in groups, you will be fine. If any beggars do ask, persist and follow you for money, a firm ‘no’ should shake them off.

I am privileged to have studied at Ryerson, with its fantastic teaching staff, courses and facilities, including The Mattamy Athletic Centre complex (formerly Maple Leaf Gardens, the old home of the Toronto Maple Leafs Ice Hockey team). Rather than simply being given timetabled modules there is a 2-week manic-module-grab here, whereby you must search and select your own classes (vacancy-permitting). I was enrolled in 2 of my 4 choices but I picked up a third which covered my required quota. This is something you have to prepare to research in depth - ensure your home university is happy with your choices. Learning new skills in a different teaching environment forms the whole purpose of studying abroad so make sure you represent your home university well.