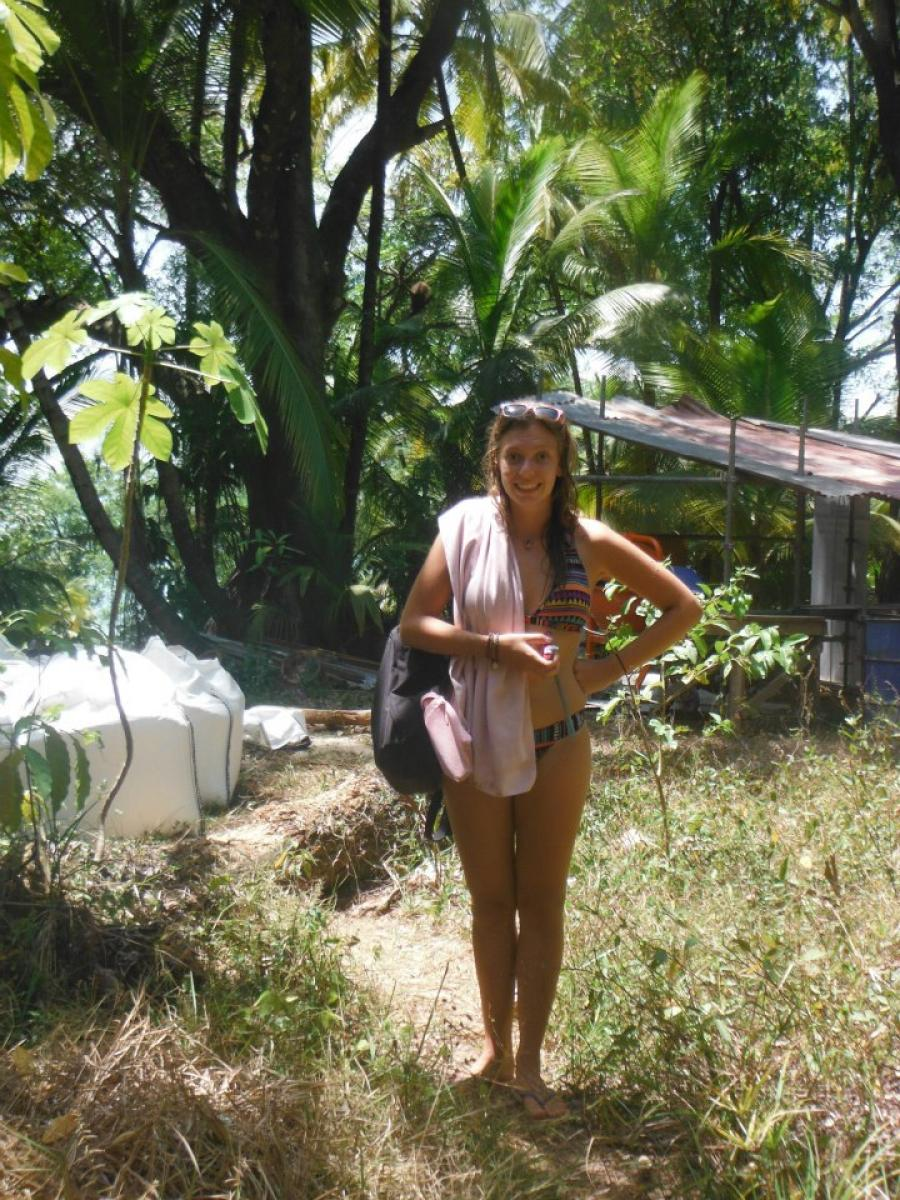 This article was written by Polly Johnson, published on 13th March 2013 and has been read 13280 times.

I’m sure most French students have dreamt at some point about the chance to potentially spend their year abroad in one of the amazing DOMs of France. There’s La Réunion, the exotic and mountainous paradise off the coast of Africa, Guadeloupe and Martinique, two tropical Caribbean islands, oh, and there’s another one... Guyane.

What, you’ve never heard of it?

Well that’s where I have spent the whole of my year abroad on a British Council Teaching Assistantship. Thankfully, I’m not here alone, there are around 20 or so assistants in total, although only 2 are within 3 hours of my town. It must be said, we were quite a motley crew as we all arrived for training in Cayenne, the capital “city”- population 60,000. It’s as if the British Council sifted through the applications to find the most well-travelled, hippie-trouser wearing and potentially crazy bunch, and thought, yeah, they can hack it! You see, living in Guyane takes a little bit of getting used to and a lot of patience. But if you stick with it, even after it knocks you down for the 20th time, you might just find that you have some of the best year-abroad stories around, and the memories (both good and bad) of that ridiculous time you spent in a hidden corner of South America will never be forgotten.

WARNING: If you think you will require such luxuries as hot water, an H&M within a 1000km radius, transport of any kind, reliable internet or a supermarket that provides you with enough options to make a tasty meal on your year abroad, DO NOT come here. If however, hammock-sleeping, hitch-hiking, exotic fruit-juices and swimming in rivers appeals to you, hop on board!

1. Being a Language Assistant

I work in 5 different primary schools, in all parts of the town, from Amerindian villages 10km down a dirt-track to rowdy, overcrowded ones right in the middle. Every day is different, and luckily Guyane is blessed with being one of the most diverse and multi-cultural regions of the world. I get the feeling that my visit to the class once a week means a lot more to the kids here than it would in the Métropole and I can’t walk down the main street without at least three students saying hello! (Not going to lie, the 40% bonus in salary for being in the DOMs also comes in very handy!)

Don't panic about the supposedly high crime level: For some reason, the three main towns in Guyane all have reputations for being very dangerous. Obviously, be careful, and sensible, but don’t let this put you off going out and living your life. None of the assistants this year have had any major problems, and yes, you hear stories about muggings in dodgy areas late at night, but can’t the same be said for Paris, London or any other European city? The biggest problem I’ve had is the mouse in my house stealing my baguette!

Join as many activities/groups as you can! Being one of only 2 assistants in St. Laurent, (the others are pre-dominantly in Cayenne)I feel somewhat isolated at times, particularly, when, young like-minded student-types do not really exist in this town. Before coming here, I had never really understood “yogi-types”, but now I am “omm-ing” and “Namaste-ing” with the best of them, with 4-hours of Ashtanga yoga looking out into the Amazonian forest each week. I have also joined a choir, go swimming three times a week (good excuse to buy more bikinis), and always check out the documentary nights at the cinema. The 12-hour teaching assistant contract is really not enough to keep you busy! Private tutoring is an easy way to fill your days and make some extra money for the epic holidays you’ll go on.

Don't play by the rules: French bureaucracy is notoriously bad... imagine what it must be like when you are living in a department over 7,000km away from Paris! I have been living here for almost 6 months and there is still no sign of the health insurance card. (Note: take out private insurance!) When I broke my elbow last week, no, I did not wait for 6 hours in A and E as I had previously done for a parasite in my foot – oh the joys of the tropics! Instead, I made friends with a doctor at the hospital, who snuck me in a back door, got me x-rayed, seen by the specialist and put a cast on within 2 hours. Want to save money on the ridiculous food prices here? Hop in a canoe and sneak across the border to Suriname for a couple of hours, get your shopping done, eat some tasty roti and cross back. To make the trip even cheaper make friends with locals who know the canoe people to avoid been charged “Métropole” prices.

You don’t need to take malaria tablets unless you are deep, deep in the forest. According to locals, there has been no malaria here for over 20 years, and I trust them more than a nurse in an office in England who was insistent that no, sorry, French Guiana is not a place.

6. Embracing the Caribbean way of life

Before I arrived here, my life was pretty busy will my degree, music rehearsals, a part-time job, and a social life. Arriving here to a 12-hour contract and not knowing anyone was a bit of a shock to the system. There is a lot of time to fill, but the beauty of the Caribbean lifestyle is that you don’t have to be running around like a headless chicken to be making the most of life. Spending an afternoon dozing in a hammock, drinking rum and trying to finish that book in French is not frowned upon. If walking down to the riverfront for an ice-cream is the most active part of your day, so be it. The people here will not judge, and, let’s be honest, with the temperature consistently over 30 degrees, it’s not a great time to start training for that marathon...

Don't forget to speak French! It is what you're here for after all. I do at least communicate mostly in French with my students (the French of a 10-year old seems to be about my level!). The problem is that, here in Guyane, with so many languages spoken, French is just one of many. In one of my classes of 30, only 8 speak French with their family. I took some classes in Nenge Tongo to help me understand when the kids whisper about me in class. It was really interesting to see how this African-based language is constructed in comparison with more traditional European languages. However, it hasn’t helped me with my year-abroad essay in French too much! I am currently doing a language exchange with a friend to help me out - which I would highly recommend. So much better than paying for lessons!

Get out of Guyane whenever you can! Undoubtedly the best part of this year abroad has been the holidays I have been able to take, thanks to the 40% extra in salary, the 2-months paid holiday included in the Teaching Assistantship, and the proximity of French Guiana to some crazy destinations. Ok, so actually leaving French Guiana is not easy, but once you have crossed to Suriname in the canoe and taken a crowded mini-bus to the capital, Paramaribo, you have a few very exciting options at your disposal. In October I was hiking in national parks in Suriname, camping in Guyana and dancing in the middle of the ocean in Trinidad and Tobago. I spent New Year’s Eve in South Beach, Miami, partying it up at some of the best clubs in the world. I just got back from two weeks in Curaçao (Dutch Antilles) where we snorkelled with sea turtles, tried Iguana stew and chocolate orange cheese - surprisingly the Iguana was tastier. Oh, and in 3 weeks I’m off to Brazil to spent two weeks sleeping in hammocks on slow-boats up the Amazon. This year abroad business is really very hard work!

To find out more about the crazy goings-on in Guyane, and for Polly's latest update, check out her blog: Polly Goes to Guyane.