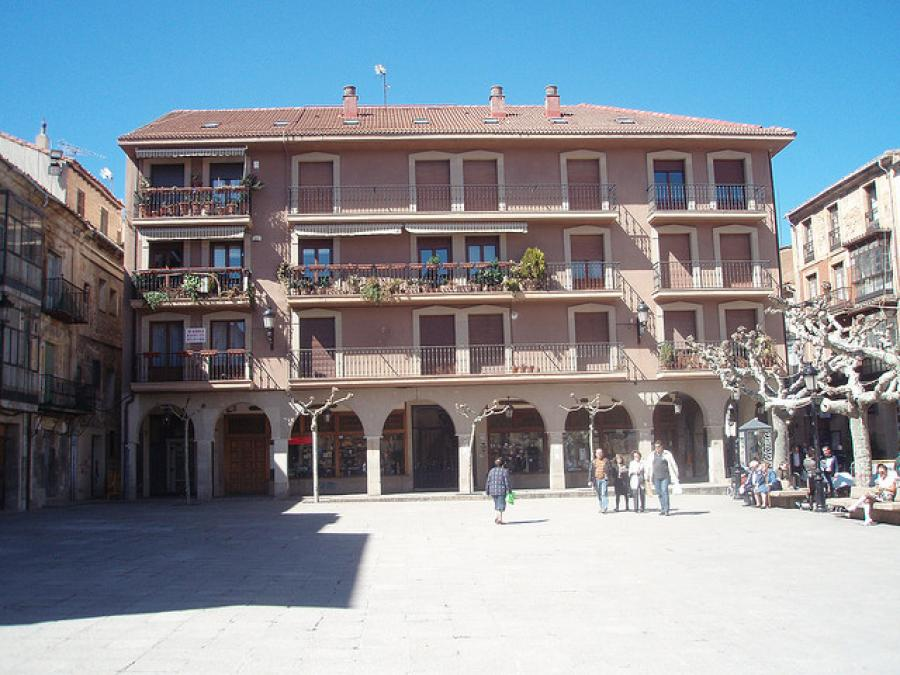 This article was written by Nirankar Phull, published on 10th July 2013 and has been read 5614 times.

Mole Diaries Language Assistant Cardiff Uni Leeds Uni
Nirankar Phull is studying English and Spanish at the University of Leeds and spent his Year Abroad in Soria working as a language assistant at a secondary school. Alex White studies Spanish and Religious Studies at Cardiff University and was also based in Soria, working for the NGO Cives Mundi. They're now best buds and here they give us the low-down on this glorious Castilian city...

While it might not be famed for attracting international tourists, some might say that Soria is in fact one of the few remaining, untainted corners of Spain that provides a richer, more authentic experience of the Spanish language and culture - a rare quality that is gradually fading in the bigger, brochure-friendly cities. As a place to spend a Year Abroad, it’s never first on anyone’s list of preferences but we both had a great time there and here are a few of its highlights should you ever find yourself in the charming city.

The Glory of Spain

This is what many locals (and visitors) will tell you that Soria is and it boasts a number of areas of incredible natural beauty. The bus ride from Madrid to Soria disappoints with the arid, dry landscape - especially those coming from jolly, green England – but on arriving, you’ll be quick to notice the modest gems in Soria that are captivating and sublime.

The River Duero, a favourite of many a poet and writer, is truly mesmerising. It’s difficult to describe why it is so capturing, but after a simple walk, bike or run along its banks you, too, will be drawn in by its beauty. You will see trees extend into the water as they are reflected by a pond-like wide river, bordered by a decked path that actually holds you directly over the water at points. The Duero is Soria’s true treasure: a veritable haven away from city life. 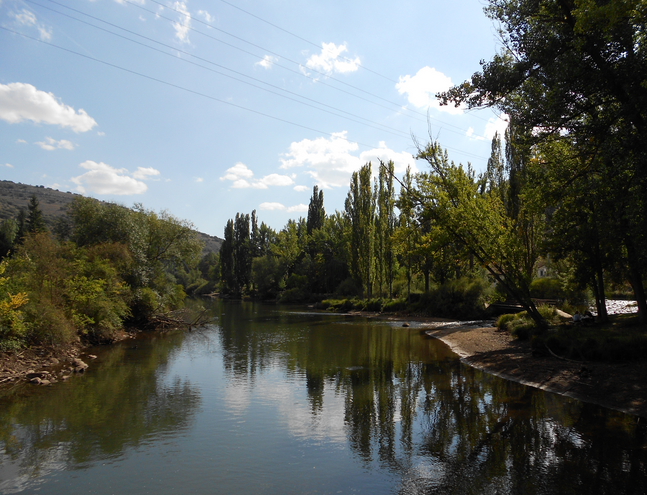 The Dehesa (meadow) also known as La Alameda de Cervantes is Soria’s Central Park, and comes a close second to the Duero in terms of natural beauty. Whether covered in snow or protecting you from the beating sun, the trees (of which there are over 300 different species) provide a beautiful canopy to a corridor of benches stretching through the middle of the park.

Away from the capital, you will find other natural spectacles: La Laguna Negra (Black Lagoon) and Cañon de Ríos Lobos are must-visits if you are sticking around in the area, and the province's surrounding villages are fascinating remnants from a bygone age.

Land of the Poets

Antonio Machado’s status as one of Spain’s most important poets was only secured on publication of “Campos de Castilla”, a collections of poems that immortalise the Sorian landscape in a way that remains unchallenged. He also meditates on the wider Castilian landscape as he deals with the love and tragic loss of his wife, Leonor.

The success of Machado’s texts continues to interest tourists as monuments to the couple are scattered across the city. Further plaques and statues were installed on the centenary of his arrival to the city in 2007. The spirit of Machado is kept alive; the people of Soria are clearly indebted to his work. 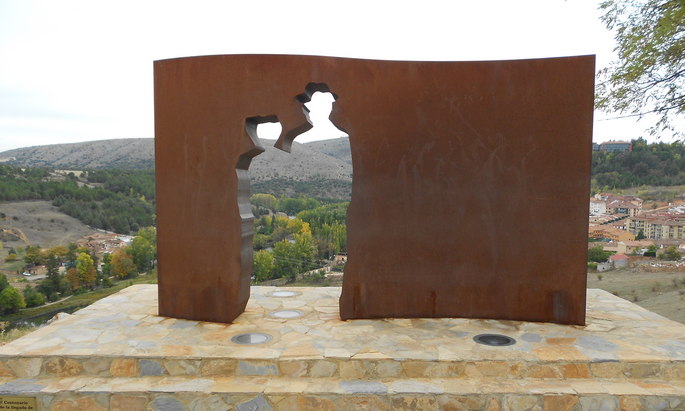 The inspiring Sorian setting also attracted the likes of Gustavo Adolfo Bécquer and Gerardo Diego, the former basing several of his well-known legends there: El Rayo de Luna and El Monte de las Ánimas are powerful tales of love that combine elements of the supernatural with the already enchanting landscapes.

Capote is very similar 100 Montaditos, a Spanish restaurant chain with a paper ordering system found in major cities (sadly not in Soria yet!), and it serves a variety of small sandwiches, bravas etc and is a favourite for lunch. Capote’s up-and-coming rival, Olé, recently established next door, has slightly higher prices but far superior patatas bravas and a more extensive range of tapas dishes to choose from. El Ventorro, El Templo and Bar Garou are fancier, more up-market eateries in the capital where you can grab a great value three-course menu for lunch, and tapas and drinks in the evening. If after a bite to eat and a few drinks you’re ready to paint the town red, Soria’s nightlife is mainly found along Calle Rota de Catalanazor, more commonly known as La Zona: a strip of clubs popular amongst the student community on Thursdays and Saturdays. You’d be wise to pace yourself though - bars don’t liven up until past 3am.

Iglesia Santo Domingo is an important example of Romanesque architecture built in the XII century, with a beautiful, unique façade. It’s now a convent and the nuns sing Gregorian chants there every Friday – a great cultural and spiritual experience. 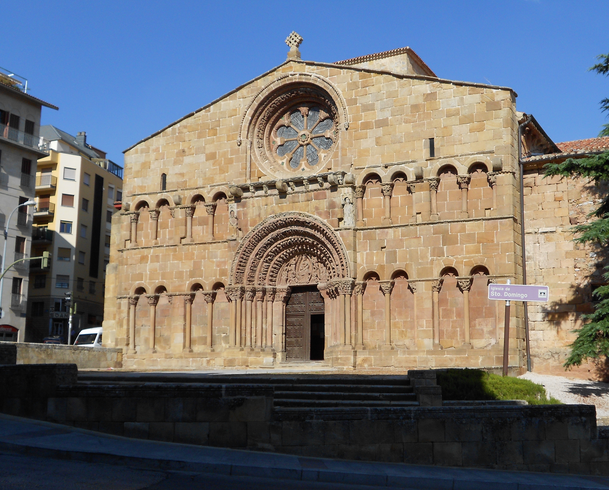 La Érmita de San Saturio, a 17th Century hermitage found along the banks of the river, was once home to the saint from which it gets its name. The structure is built into the rocks creating a cave, chapel, galleries and mini-exhibition of the saint and his living space. 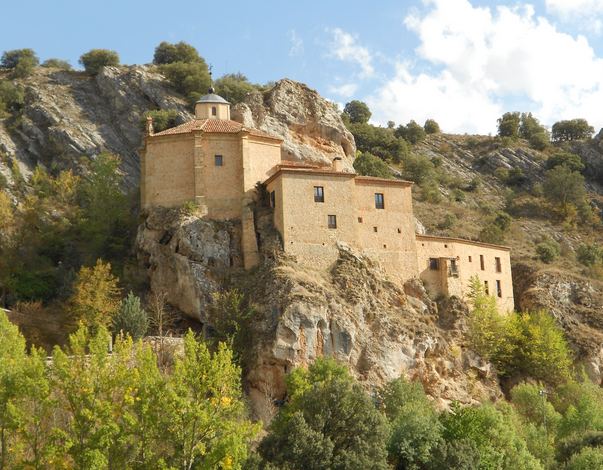 Soria is definitely not short of photo shoot-friendly locations but los Arcos de San Juan de Duero has to be one of the best. These 18th Century Romanesque arches form a square with architecturally distinct designs across each section making it a treat to walk around. 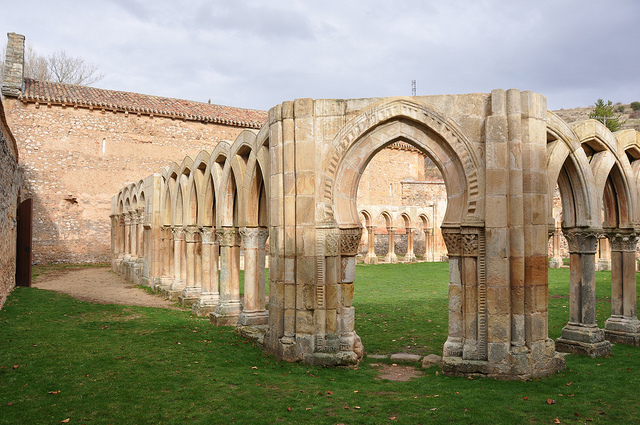 The fiestas in Soria take place in the last week of June and you can watch a Sorian’s face light up when they talk about them! They are a 6-day celebration focusing on the arrival of 12 bulls representing the various cuadrillas (neighbourhoods) in the city: first sent to roam in the nearby open fields in Monte Valonsadero before running into the capital, being killed in bull-fights, their meat cuts being auctioned off and general parading.

The fiestas are one of the most ‘complete’ that exist in Spain in that they follow a set series of daily events. This story-like completeness and the great party atmosphere it creates are what attract Spaniards from around the country and the forasteros (foreigners) who are praised in the much-loved sanjuaneras (songs about the fiestas).

Alex says: “I had a great year in Soria and I’m glad I went. Having said that, it was hardly a buzzing metropolis and I really struggled with the small-town feel – if you’re used to big cities with glamorous night clubs then perhaps Soria isn’t for you. However, the University of Valladolid does have a small campus in the city and if you can tap into this scene, it will probably liven things up. Overall I enjoyed my time in Soria so much because of the people I met – Spanish, Italian, American, British and everything else, and I’m sure that that will be what makes your Soria experience.”

Nirankar says: “I definitely had my doubts about Soria when I was looking it up on Google Maps and researching it online before starting my year abroad there. Could this city boy be happy in a town of 30,000 people? In the end, I could not have asked for a better place to spend my time working as a teaching assistant: the location was ideal, the size was just right and the people were so friendly and welcoming. Although Soria was quick to dampen my hopes for a year-long Mediterranean heat (it has one of the longest winters in Spain), it was a truly beautiful setting to experience the culture and immerse myself in the Spanish language at its purest.”