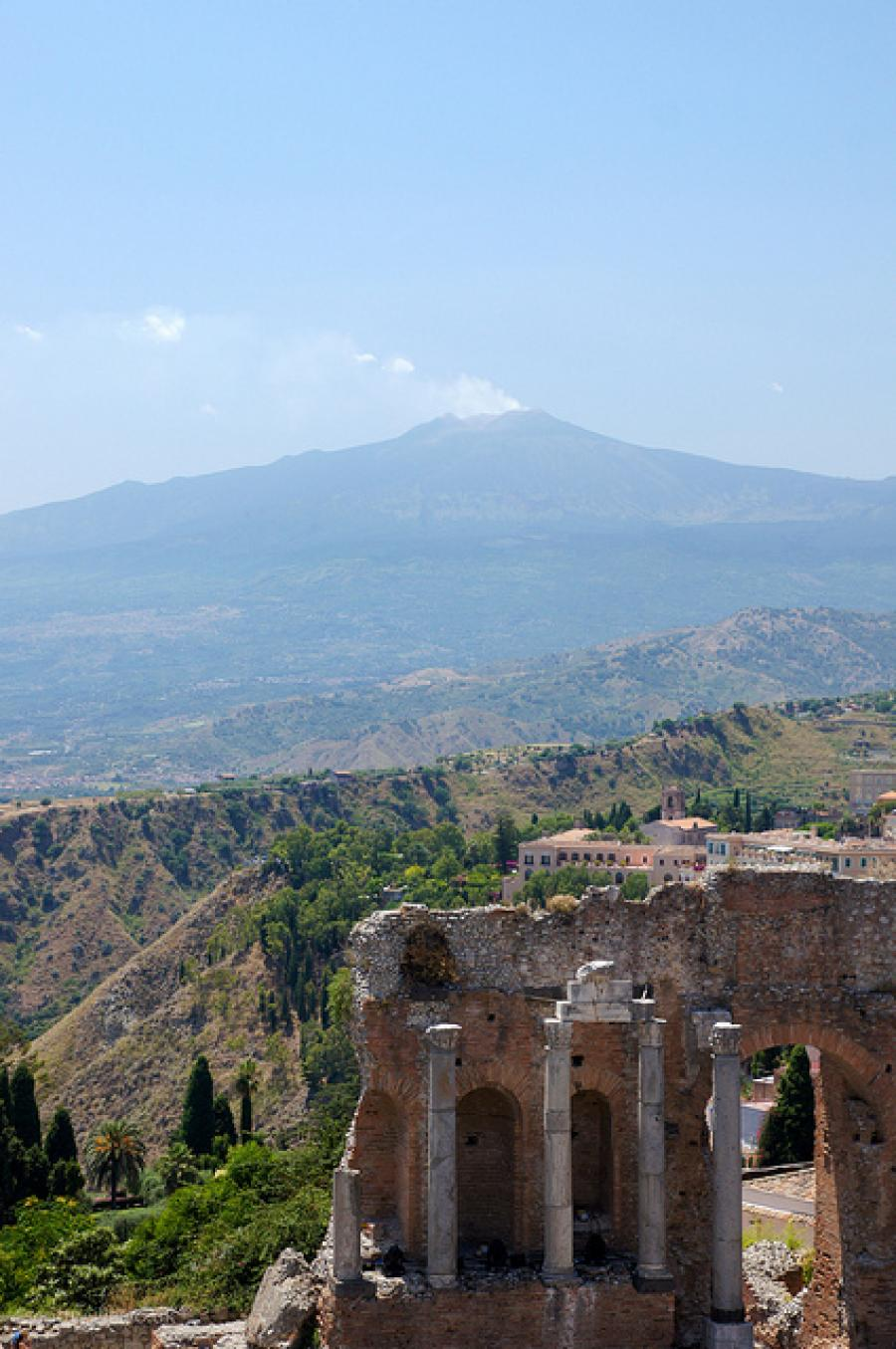 This article was written by Fiona Lally, published on 25th April 2013 and has been read 4397 times.

Mole Diaries Language Assistant Exeter Uni Sicily Piazza Armerina
Fiona is studying English Literature and Italian at the University of Exeter, and is on her year abroad in Piazza Armerina, Sicily, working as a British Council Language Assistant. Here is her advice about travelling, what to do when you arrive, finding somewhere to live in Sicily and the top five places to visit once you're there...

Sicily has three airports (Catania, Palermo, and Tràpani), all of which can be reached from most countries in Europe. Low-cost airlines fly to all of them, but sometimes only seasonally. Direct flights to Sicily can be hard to come by and often you will have to stop in Milan or Rome.

Buses are the most common form of public transport and different companies (SAIS Trasporti, SAIS Autolinee, AST, and Interbus are the main ones) service different areas. Trains connect most of Sicily's major towns but are generally slower than buses. Check the timetables before you book your flight in order to ensure that you will get a connecting bus. ALWAYS STAMP YOUR TICKET.

Having a car in Sicily is ideal because it allows you to get to the out-of-the-way places fairly easily. Boats and ferries enable you to get to mainland Italy and to the various islands off the Sicilian coast.

What to do when you get there

Get an Italian SIM card. It makes it much easier and cheaper to contact people by phone. The three main phone companies are Vodafone, Tim, and Wind. It's worth checking out the various websites in order to have a clear idea of what deals are on. Pay as you Go internet is also made available through these companies.

If you decide to open a bank account in Sicily, be sure to do so in the place where you will be living. This will enable you to have your bank card replaced without any trouble if it gets stolen. Banks will only reissue cards if you go to the place where you opened your account.

Don't panic if everything is a little up in the air. Queues are unheard of and timetables are rarely respected. Most towns shut down between 1 and 4 pm everyday for a collective siesta. On Sundays shops are closed, and when there is a religious holiday everything comes to a standstill while statues are paraded through the streets.

Sicilian ice cream is nothing short of heavenly and the "gelaterie" have a dazzling selection of flavours to choose from. You can either have it in a cone, a cup or (joy of joys) a brioche so it becomes a sort of ice cream sandwich. Not for the faint hearted.

Check out EasyStanza and Subito. These websites list available accommodation in Italy by town, depending on what you are looking for. They are a useful starting point and you can contact the landlords directly through the websites.

Perhaps the easiest way to find accommodation in Sicily is by word of mouth. Check the noticeboards at the local university, visit estate agencies (though they will almost always charge a registration fee) and the tourist information office. Cafés and bars can also be useful.

Make sure you arrange to visit the accommodation before you agree to live there in order to avoid any nasty surprises. When it comes to signing a contract, be aware of the fact that landlords may not want to declare the contract officially due to taxation regulations.

Catania is the largest town on the east coast of the island and lies in Mount Etna's shadow. Its streets are flanked by churches and volcanic stone buildings. Students come from all over Sicily to study at its universities. It's worth visiting between 3rd-5th February when the town celebrates its patron saint, Sant' Agata, and there are crowds of people and processions.

Palermo is the capital of Sicily and is situated on the northern coast. Filled with Baroque "palazzi", Arabic cupolas and Norman relics, it is a melting pot of cultures. Street food in Palermo is among the best in the world, though some may be a little reluctant to try the local delicacy of "pani cu' la meuza" (a bread roll filled with beef spleen or tripe). Theft is, unfortunately, rather frequent in Palermo so avoid carrying valuables around. (photo of students by the cathedral, below, by Julie Kertesz) 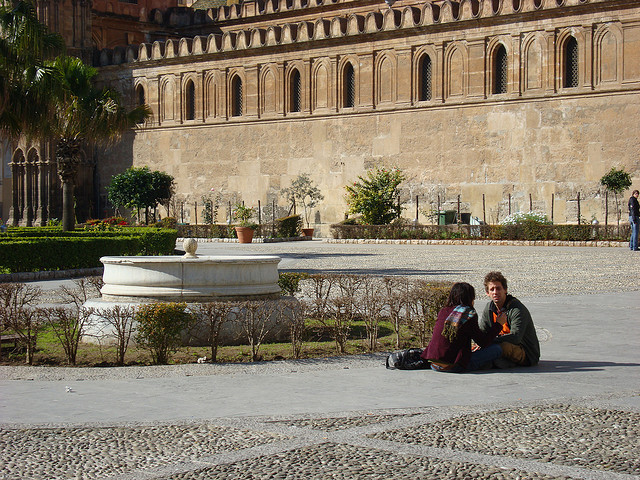 Trápani is on the west coast of Sicily, an area that resembles North Africa more than Italy itself. Couscous is a typical dish which is often eaten with fish or vegetables. Trápani's wealth came from its saltpans which can still be seen just outside the town. Visit Trápani on Good Friday and witness the Procession of the Misteri which is 24 hours of huge floats representing the stations of the cross, being paraded through the town.

Siracusa is south of Catania. It was once the most important city in the western world. The city is divided in two: the ancient part is on the island of Ortigia and the more modern part is on mainland Sicily. Ortigia is a maze of twisting little streets with Greek ruins around every corner. Siracusa is also a good base to visit the baroque towns of Noto, Ragusa and Módica.

Piazza Armerina is a small town in the unsung interior of Sicily. It's in a kind of green oasis of Eucalyptus trees and pines. I'm being slightly biased including it in this list because it is where I spent my year abroad. Despite its size, it is full of stunningly beautiful churches. 5km from the town is a Roman villa with exceptionally preserved mosaics. Piazza Armerina is also famous for the Palio dei Normanni, a medieval festival that takes place in August.