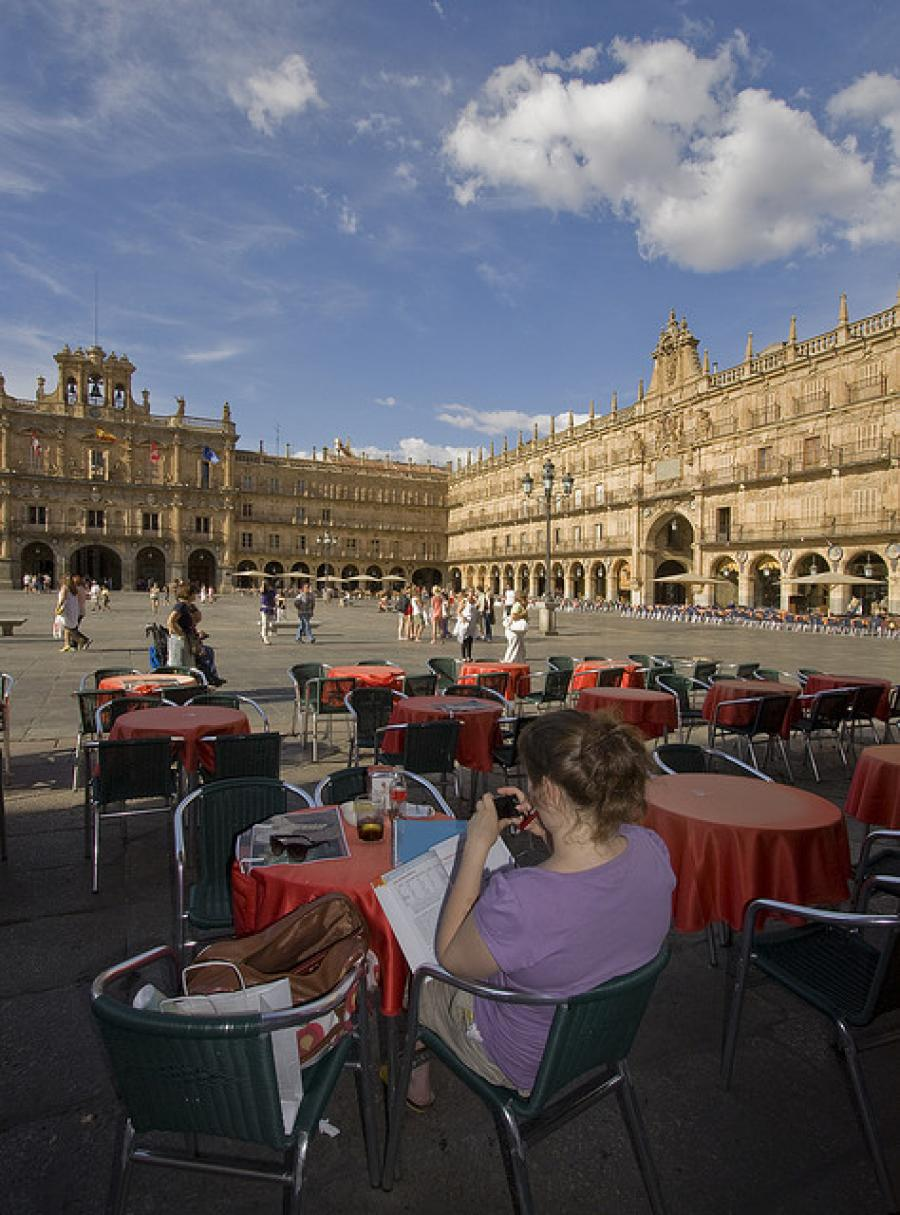 This article was written by Rutasha Whyte, published on 25th January 2012 and has been read 6729 times.

Salamanca Mole Diaries Nottingham Trent Uni
Rutasha is studying Law with Spanish at Nottingham Trent University and is currently on her third year abroad at the University of Salamanca. She is studying Law and Political Science there and will be teaching English part time from next semester. Here she passes on her top tips about life in Salamanca; finding accommodation, getting over the culture shock

Although the city is arguably one of the most beautiful in Spain, steeped in a rich history, it accommodates nights out that rival even the wildest student benders. But before you sink back into the usual routine of partying all night and struggling through lectures all day, here are a few pointers that may help you plan/relax/look forward to your time, no matter how short, in Salamanca.

Our Spanish teachers advised us to book a hostel for a couple of nights and then look for an apartment once out there - something which horrified me beyond words but it is definitely the best way to do it since students advertise around the city as well as the university on every spare wall and lamp post available. This also gives you a chance to check out the room and meet potential flat mates before signing on the dotted line; most landlords are quite flexible and usually only require a months deposit upfront. However there are some websites that students do use, such as ESN Salamanca's Facebook page, which is always a good starting point.

The biggest of all was probably the infamous Spanish siesta - something that I didn't take too seriously until I went to pick up some groceries at half 3 in the afternoon and found all the shops closed which was super annoying - not to mention inconvenient - but you get used to it eventually, although the main retail shops on Calle Toro (one of the streets leading from the Plaza Mayor) stay open so you needn't worry about having to deal with retail withdrawal symptoms whilst trying to cope with rearranging your daily schedule. I personally think that the weirdest thing about siestas is how seriously they are taken: we assumed that people just took time out to relax or enjoy the sunshine until we saw every bedroom shutter closed except mine. Another difference is the levels of politeness. Conversing in Spain is short, sweet and to the point whether you're grabbing a coffee or trying (and failing miserably) to enrol at university. People generally move with a lot more haste and have little time to apologise while out and about ("mucho bruto" as our lecturer told us - loosely translated as being very rough). In stark contrast to this, there is the laid back approach to life, where anything serious or important is simply cast aside to be dealt with "mañana", namely any other time but today.

On the whole, Salamanca seems like a very safe city: most apartments have secure facilities (much better than the student houses I have seen in England) and landlords rarely live further than round the next corner. Although the university itself is split into two locations, it only takes around 10 minutes on foot to reach the other buildings and depends on which modules you decide to take. You can also reach nearly all the important locations by walking except for the train station which is around 20 minutes away from the Plaza and only costs around €5 to get to by taxi.

It seems that everyone thought it was better to open a Spanish bank account, but due to the points discussed above they found that it wasn't as easy a task as they had once thought. First is the copious number of finely printed terms and conditions to read and sign (in Spanish of course!), secondly the agonising wait while the documents are being processed, and finally the wait for your card and pin number to arrive. I simply spoke to my bank and they activated my card for use abroad; it was as simple as that and there is a cash machine 10 minutes away so I can withdraw money for free.

It is a good idea to have insurance in general but even more important if you will be travelling on your year abroad. There are a number of companies that have policies specifically designed for the year abroad and are quite flexible - I sorted mine the day before I left and was instantly covered. It is also a good idea to get a European Health Card if you don't have one already, as it entitles you to some medical treatment abroad - the equivalent of the NHS.

And last but not least...

Have fun! Salamanca is truly an incredible city; there's so much to see and do that any bouts of homesickness will clear up in no time!