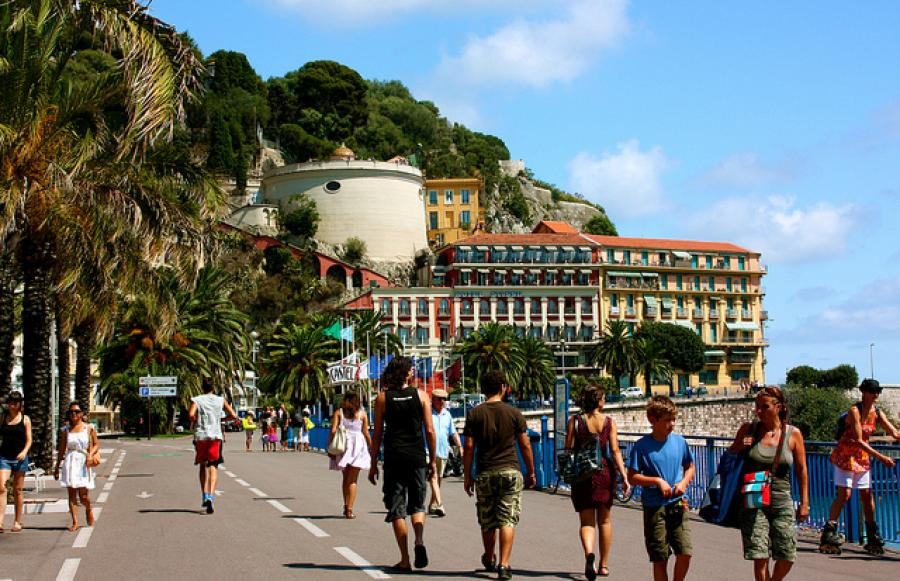 This article was written by Phoebe Thomas, published on 12th November 2012 and has been read 9084 times.

Mole Diaries Nice
Phoebe is studying Politics and French at Exeter University, and is spending her year abroad as a Language Assistant in a Lycee in Nice, France. Here is her insider guide to living in Nice; finding accommodation, getting around town, shopping, and top things to eat, drink and do in the city.
Nice is situated in one of the most stunning and famous places in the Mediterranean: the Côte d'Azur. If you believe the city itself and its neighbouring towns such as Cannes, Menton and Antibes, are swamped with the rich and famous during the summer months, then you are not completely mistaken. The Made in Chelsea cast love a casual weekend down in the Côte d'Azur! Designer boutiques and stylish beach bars and restaurants cater for this clientele. However, whilst living in Nice, you will find that there is a lot more to the city than its glamorous reputation.

The way of life in Nice is more relaxed than in Northern France. I believe it reflects the weather. For example, the nicer the weather, the longer the lunch break!

One of my favourite things about Nice is that it is compact. Restaurants, bars and shops are all within walking distance. The prettiest and most bustling area is the Old Town, situated opposite the Promenade d’Anglais, just off the fondly nicknamed ‘giant naked man statue square’, officially known as Place Massena (I will find out what the naked man’s actual name is at some point!) Here, you will find bars, clubs and restaurants side by side, down narrow side streets or on the perimeter of small squares within the Old Town. On your first venture here, you will inevitably get lost (which is not necessarily a bad thing – there are many small shops and cafes to explore.) The small streets are a maze and I am still getting used to navigating my way around!

Directly north of Place Massena is Av. Jean Medecin, Nice’s high street. Here you will find your H&Ms (yes, there are two for some reason...), Zara, Monoprix (similar to an M&S Food) and more French chain stores.

If you fancy some window shopping (or actual shopping – hello student loan!) then head to the Carré d’Or; leafy streets situated to the left of Place Massena. This area is home to Nice’s designer boutiques and stores such as Louis Vuitton, Cartier and The Kooples.

The best large supermarket within easy access of the centre is Carrefour, a 2-minute walk from the Acropolis tram stop. It stocks a bigger range and is cheaper than Monoprix. 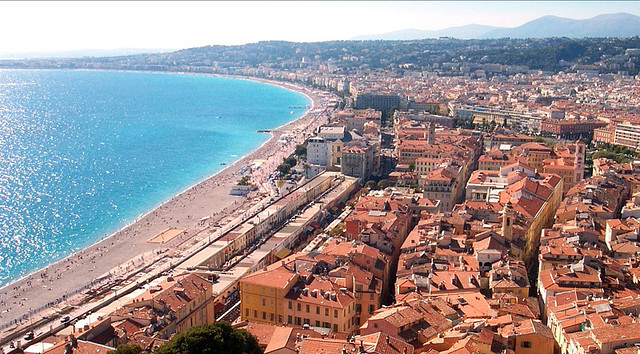 The best area to try and find accommodation in is south of the main train station, Gare Thiers, and within walking distance of a tram stop. In Nice, it’s quite easy to stand out as a foreigner who doesn’t know the city very well, especially if you are blonde or are northern-European looking. Therefore, I wouldn’t recommend searching for accommodation in any of the suburbs for safety as well as practical reasons.

When looking for accommodation, due to the high amount of English-speakers who have holiday homes or second homes in Nice, an invaluable website that found me my apartment was angloinfo.com. You will not have to pay an agency fee (on average €1000) and you will bypass the mountain of French bureaucracy. France has a reputation for requesting what seems like hundreds of documents from a birth certificate translation to proof of your parents' income in 2009 before signing for an apartment through an agent!

Nice is not a cheap place for live: the second most expensive city after Paris. Shop around for a decent place and inspect any apartments thoroughly... cockroaches thrive here!

Nice has an excellent public transport system. The fairly new tram system takes you around the main areas of Nice for €1 per trip. During the day, you can hop on a tram every 5 minutes. From about 8pm however, trams run about every 30 minutes, stopping at midnight. They do start up again at 5am if you have an early start/have had a late night!

Buses are also incredibly frequent and cheap – €1 to go anywhere on the Ligne d’Azur network. There is also the 100% Niege bus which, for €4, takes you from Gare Thiers to one of the three nearest ski resorts during the winter season. For students abroad however, the most useful and important bus to remember is the Noctambus. This service runs throughout the night, and takes bleary-eyed partiers back to Nice from Monaco, Cannes and Antibes. Once again for one mere euro!

You will notice that compared to the UK, you are hardly ever checked for tickets - I have not yet been checked on any public transport that I have used. However, now and again your tram, for example, will be flooded with transport police checking if you have a validated ticket. Therefore, as tempting as it is, always try and buy a ticket!

My personal favourite method of transport around Nice is the Velo Bleu. You pay a yearly subscription of €25 and voila. Pick up a bike from your nearest station and you have unlimited bike transport around the city 24/7. 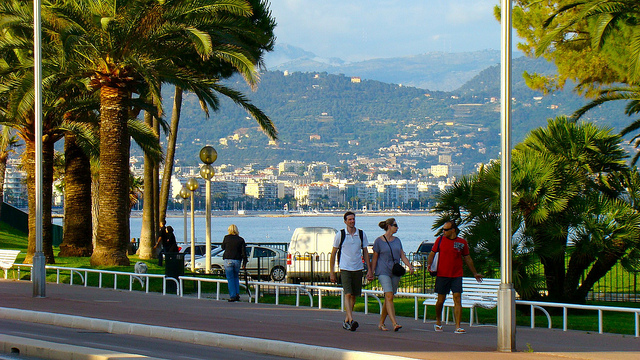 
Top places to eat and drink

1. La Pizza Cresci
Established in 1956, this popular restaurant is always packed with French people at anytime of the day. Wood-fired pizzas so big you only get half a pizza (trust me, it’s definitely enough!)

2. Millie’s Cookies
Head to one of three coffee houses in Nice for a fix of inexpensive bagels, salads, coffees, cookies and cakes when you’re feeling not-so-French.

3. Le Maquis
Trendy Corsican restaurant in the Old Town. Super-tasty well presented food from a small, ever changing menu. Go for Sunday brunch (served until 3pm) for a platter of over 10 different sweet and savoury freshly made small brunch dishes.

5. Blast
American themed bar that also serves tapas late into the night. Go for average-priced drinks with friends, busy every night of the week.

6. Wayne’s
Irish Pub that is one of those places you hate yet always seem to end up paying a visit to! Late night dancing on tables a common occurrence.

7. Master Home
Piano bar next to Wayne’s with a happy hour until 10pm. Decent house wine and plenty of snacks with every drink purchased (i have known many people to skip dinner with this in mind!)

Top things to do

1. Go to the beach! Enough said. Or take the train 5 minutes east to Villefranche sur mer for a quieter, more picturesque setting.

2. In the summer, go to one of the clubs on the beach. Like nothing you will find in the UK!

3. Go to the Fenocchio Glacier and sample one or two of the 150+ flavours of ice cream available. Challenge yourself to make it through every one by the end of the year?!

5. Take advantage of the weather in any way you can. I had lunch outside this week (it’s November...)

6. Go to Italy! A 45-minute train journey lands you in Ventimiglia, an Italian border town which is a breath of fresh air from the glamorous, touristy towns on the French Riviera. Famous for its Friday market, you can pick up some bargain parmesan and pasta.

7. Admire the Côte d'Azur from an altitude of 191 metres. Take a picnic up to the Château de Nice, relax and admire the spectacular views of the city and the Med.

8. Take a look at some of France’s best modern art (the painting kind) in the Musée Matisse.

How can I find accommodation in Nice?

Hi Freddie,There's a section on ThirdYearAbroad.com dedicated to accommodation in France, which might be helpful.Sorry that we can't give any Nice-specific advice but hope that helps!The TYA Team