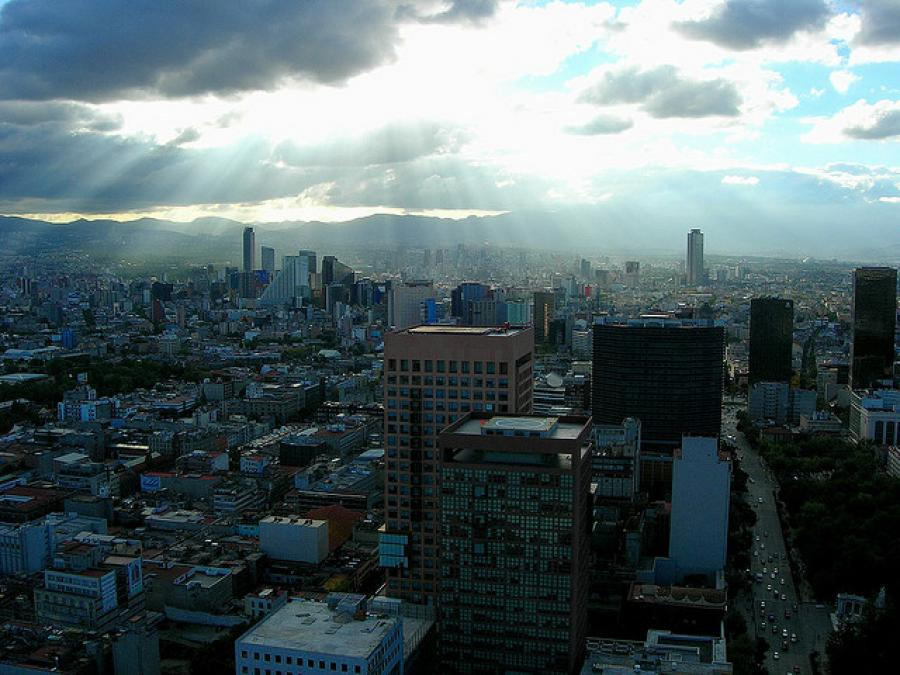 This article was written by Levi Ramsden, published on 16th December 2013 and has been read 4953 times.

Mexico Study Abroad Mole Diaries Puebla Lancaster Uni
Levi Ramsden is a third year Modern Language student at Lancaster University, and has spent the first half of her year abroad studying in Puebla, Mexico. To find out more about what she's up to, you can follow her blog, but here is her insider guide to Mexico: getting around, eating out, the university, being a foreigner and useful vocabulary to get to grips with...

Getting around the place

Mexico’s transportation system is not the best, buses are the main method of getting from A to B, and while the long-distance coaches are comfortable and spacious, the everyday buses for getting around town are far from it (although you can’t really complain when it's 6 pesos wherever you’re going). Expect to be jumping on and off buses which prefer to slow down rather than stop, without designated bus stops, but just where people feel like getting on and off. Sometimes it genuinely defies the laws of physics how many people can fit on a bus, but it’s just something you have to get used to. Buses in Mexico are a lot smaller than in the UK (think minibus, rather than actual bus), and they do not run on a particular schedule, however they are generally very frequent, and are never short of entertainment (if they’re not playing ridiculously loud music, expect a guy with a guitar or even a clown to hop on board to perform for your spare change), and often people will get on just to try and sell you something. Although it sounds very hectic, in reality it is just one of the many charms of Mexican life.

...is often, unlike in England, much cheaper than eating in. Mexico has lots of amazing food to try, and every region seems to have its own speciality, it’s definitely worth trying everything. The one thing I will say is take care in your first week or so in Mexico, the food is often very greasy and this can disagree with your stomach in the beginning. Just make sure you’ve got some form of medication to help while adjusting, and remember to drink plenty of water. The majority of Mexican food involves some form of tortilla and beans, but don’t worry, there is plenty of variety in taste (so even if you don’t like one thing, it doesn’t mean you shouldn’t try something else!) Don’t be surprised if you’re expected to eat with your fingers, and go easy on the spice, as although I consider myself to be capable of handling spicy food, a Mexican’s version of not-spicy and mine differ greatly.

...couldn’t be more different than in England. Everything is still done on paper, and you’re expected to deliver messages between staff, rather than them sending a quick email. Some teachers will revel in the fact that you’re foreign and do everything they can to help, while others will often forget you even exist, and you will probably soon find yourself appreciating the punctuality of your teachers back home, as Mexican teachers pick and choose when they’re going to attend. Organising my timetable took almost a whole day, as it involved plenty of wandering, drawing up your own timetable from various lists of classes posted around the department, and then taking it to various members of staff to then be told those classes are full and starting over.

Being a foreigner in Mexico

The difficulty of this can vary greatly, depending (unfortunately) on gender and appearance. From my experiences, guys are generally left alone (but are more likely to be victims of petty crime because they look different –easy to avoid by keeping your belongings in a safe place, and not flashing cash in public), while girls receive lots of comments and strange noises, not all of which are nice. Having blonde hair, pale skin and blue eyes, many times Mexicans have stopped me just to tell me how beautiful and how different I look, but there have been a few occasions where they have made less-than appropriate comments. So although I’m not saying you should act Mexican while you’re out there, if you want to make it easier for yourself, it’s best to at least dress a little Mexican (by this I mean cover up), especially if you’re studying, as everyone else in class will most likely be wearing jeans, a jumper and trainers, although I am not promising this will stop everyone!

...on the whole are some of the friendliest, warmest, most welcoming people you will ever meet. I was lucky enough to find myself welcomed into the family of one of my classmates, and they really could not do enough for me. Mexicans like to give nicknames (mine was “la Güera” – “the blonde”), and although they can be strange or ironic, it’s just their way of showing you they care (it’s the skinniest people they call “fatty”, or the prettiest that they call “ugly”). However, as with anywhere else in the world, Mexico has its bad guys. The best advice anyone could give is to be sensible, and assume that if something is too good to be true, it probably is. As long as you’re sensible, you’ll be just fine.

1. carro/auto => coche – most Mexicans do not use the word coche, and although they understand it some people find it a strange choice of word.

2. manejar => conducir – as with coche, Mexicans understand the verb conducir, but it is a word they would never use.

3. chaqueta* => chamarra – chaqueta in Mexico refers to something very different than a simple item of clothing, so be very careful with this one!

4. coger* => tomar – again, a word that carries a very different meaning in Mexico. If you do find yourself saying you’re going to “coger el autobús” don’t be surprised if you’re faced with laughter and/or disgust.

5. torta => pastel – while a torta is an acceptable thing to order in a restaurant in Mexico, you will not find yourself presented a cake, but rather a sandwich. If a cake is what you’re looking for, the word you need is pastel.

6. adelante => derecho – not to be confused with derecha (right) in directions, derecho means straight ahead (I got lost more than once before I noticed the difference).

7. llamar => marcar – Mexicans save the verb llamar for names, so if you’re talking about calling someone on the phone, you should use marcar.

8. “¡qué bueno!” => “¡qué padre!” – lots of ways of translating this, but in Mexico padre generally expresses that something is cool/amazing/brilliant/etc.

9. ducharse => bañarse – while Spaniards prefer to give specifics on how they clean themselves, their Mexican counterparts prefer to use a more generic word, the verb “to bathe”.

10. “¡Hola!” => “¡Bueno!” – Mexicans always answer the phone with bueno, using anything else is a surefire way to let people know you’re not from around here.

*these words are vulgar in Mexico, so be careful!

Of course there are many more, but these are the basics to making yourself sound more Mexican.