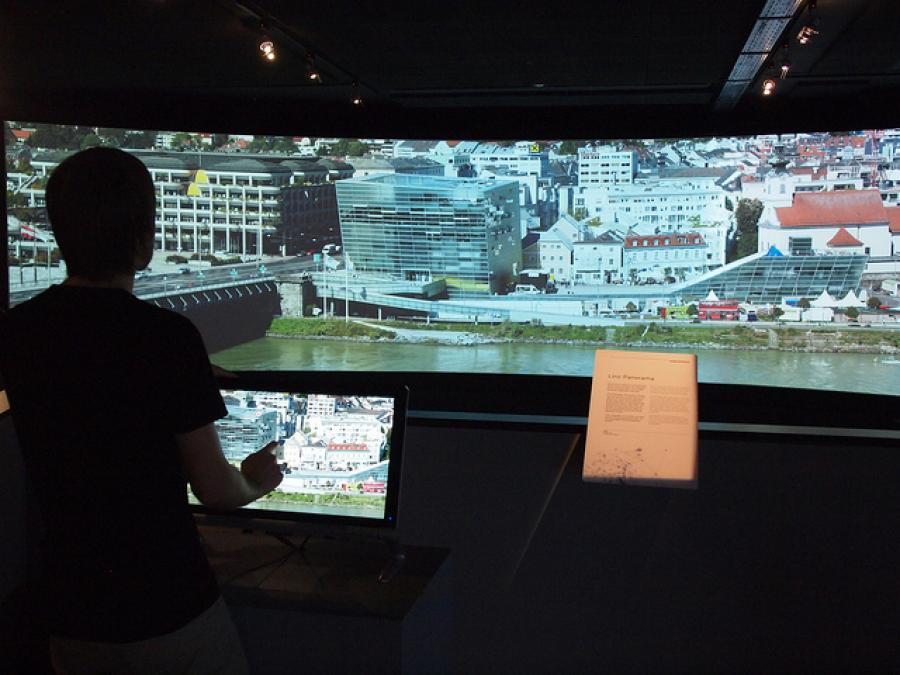 This article was written by Rosamund Mather, published on 29th August 2012 and has been read 4733 times.

Austria Linz Mole Diaries
Rose is a Leicester student and spent her year abroad studying in Belgium and working as a Language Assistant in Linz, Austria. Here she passes on her top tips for making the most of your year abroad in the city.

Despite being Austria’s third-largest city, Linz, the capital of Upper Austria, often gets unfairly overlooked in favour of Salzburg’s fairytale charm or Innsbruck’s striking location in the heart of the Alps. Perhaps it is not the most picturesque, and there may be no Subway nor Starbucks to be found here, but perhaps there is something to be said for what Linz does give you instead: an insightful experience of central European life.

You’re not completely in the sticks – Linz is near the German and Czech borders, and the rail links are excellent, with direct trains departing to Salzburg, Vienna, Munich, Frankfurt, Budapest and Prague each day. If you are under 26, you can purchase a Vorteilscard for €19.90, offering you up to 50% discount on train tickets and valid for a year (you'll need a photo and valid photo ID). To be honest, the reduced price is still not a patch on UK prices; but saving any money, however small, is always good.

Studying and Accommodation in Linz

If you are going to study in Linz, the university you’ll probably be at is called the Johannes Kepler Universität (or JKU), which offers quite a few residences. Although I was in Linz not so much as a student but as an English Language Assistant, I was living in the WIST Heim. The cost of the rent was reasonable and the room was pretty decent. Plus, it is accommodated mainly by Austrians, so if you’re aiming to improve your German, you will probably be in luck (I will forewarn, however, that the local dialect will most likely not be what you’re used to!). Another popular choice is the Julius Raab Heim, whose residents are largely international students so everyone mainly speaks English.

I came to Linz in February and left in June. Even though my time there was relatively short, I was able to see all types of weather and how Austrian folk live their lives around it! Winter brings snow and of course, skiing. Linz is relatively flat, so a trip further afield for skiing may be in order. As the weather gets warmer, people head out to the many lakes (I recommend a weekend in the Salzkammergut, most of which is actually in Upper Austria), and many people travel around by bike. Even though I myself am not proficient in cycling, Linz has lots of good bike paths – the Donauradweg, for example.

Although Linz is definitely not a metropolis, there are quite a lot of cultural attractions (after all, it was one of the European Capitals of Culture in 2009). If you’re into films, you’re in luck – there are two cinemas in the city centre, City Kino and Moviemento, which between them show both art-house and blockbuster films. In April the Crossing Europe film festival takes place. There are regular music events at Ann & Pat and the Posthof.

Linz also has a few museums. There’s LENTOS, which is an art museum in a big building that lights up all blue at night (this will almost certainly be the first result if you do an image search for Linz). Another prominent one is ARS Electronic Centre, situated just across the Danube from LENTOS, and it also glows in pretty colours come nightfall. It’s a science museum. If your inner child is alive, you will have a lot of fun there. Furthermore, if you register as a resident with Linz AG (which you can do at a public library, for example), you will get a little booklet of vouchers giving you free entry to these, and other great places that you may not have even considered otherwise.