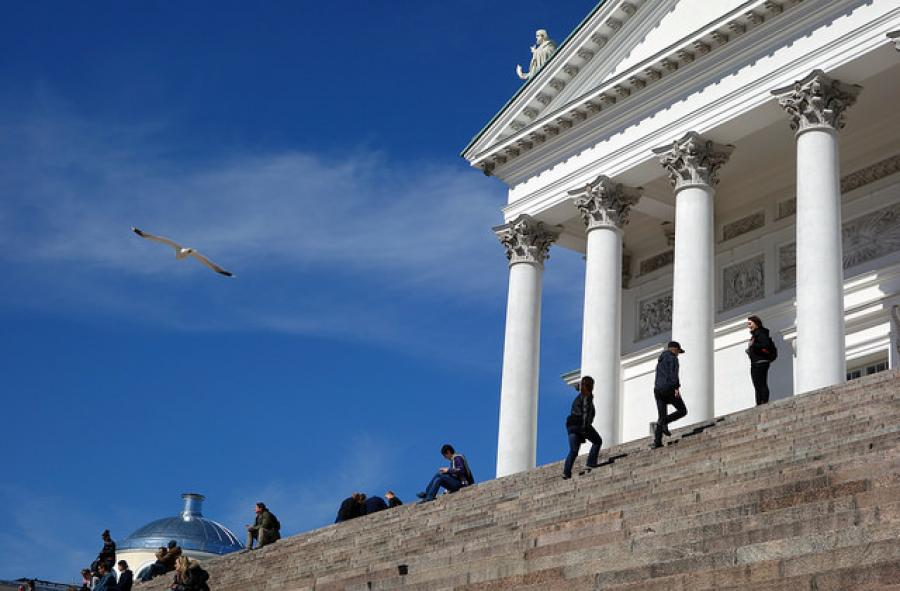 This article was written by Harvey Ellerby, published on 7th December 2015 and has been read 5082 times.

Harvey Ellerby is studying Finnish and East European Studies at University College London, and spent his year abroad as an Erasmus+ student at the University of Helsinki. He chose Finland because he likes the music and the culture, and he is particularly interested in the education system. For his latest update, check out his blog, and here is his insider guide to living and studying in Helsinki.

1. The Finns: A shy and serious people?

Pretty much everyone thinks that the Finns are a reserved, taciturn lot. As with many stereotypes, there may be an element of truth to this. Small talk, for instance, is not as common in Finland as it is in Britain. On the other hand, I have met many outgoing, eccentric Finns: lecturers and students alike. I even get the impression Finns make a special effort to make international students feel welcome.

Before going, I was warned about the ‘Erasmus Bubble’, where exchange students spend the year hanging out with each other rather than integrating into Finnish student life. This is partly unavoidable because university halls are segregated into international halls and domestic halls. Language is another barrier; if you’re hanging out with a group of Finnish students they will inevitably end up speaking in their mother tongue. However, one can get to know Finnish students properly by joining an Osakunta (student nation), which are made up mainly of students from different regions in Finland. They regularly hold events such as the Sitsit, a traditional student dinner party. It involves sitting at a long table whilst singing traditional songs, enjoying good quality food and, of course, consuming copious amounts of alcohol. Best of all, events such as these are totally free of charge from freshers. Given that rules one and two of being a student are ‘never turn down free food’ and ‘drink as much as possible’, I have come to view going as obligatory!

The Finnish language is notoriously difficult. It has a staggering fifteen grammatical cases, meaning the smallest change in the end of the word can significantly change its meaning. The university classes cater to every language level, although I must say I am very unimpressed by the quality of language teaching. The size of the class is much too large and the courses are ridiculously grammar heavy. Conversely, there is very little speaking done in class. So when you have finished your course you can conjugate the second infinitive inessive with ease but cannot actually hold a conversation in Finnish. Our teacher epitomised her approach to language learning when she deliberately skipped over the colloquial chapters in the text book! I recommend Colloquial Finnish by Daniel Abondolo should you want to learn to actually speak Finnish. On the other hand, everybody speaks English in Finland really well anyway; I know many exchange students that do not even bother to learn Finnish.

4. The University of Helsinki

The course choice at University of Helsinki is fantastic; as an exchange student, you can choose whatever you want to study. Courses I enjoyed range from ‘Introduction to Finnish Education’, which explored the secrets behind the world-renowned education system and included a visit to a Finnish primary school, ‘World Cinema History’, which actually took place inside a cinema and was followed by film screenings and a course which looked at the role of alcohol in English history! Moreover, the library is awesome; it is really modern with a huge selection of books and good spots to study. You can even pay a deposit to get a key for overnight access. Finally, there are no tuition fees in Finland!

Finland, being the home of Nightwish (below) and Lordi, is something of a capital for heavy metal. Rock music is really popular here too; I've been fortunate enough to see bands such as Europe and Whitesnake and the passion of the audiences were really impressive. For those of you not into hard rock, do not despair! My techno-crazy flatmates, for instance, never seem to have any difficulty finding a gig (Jamie xx played in Helsinki recently) and I've also enjoyed going to rap concerts. Whatever your taste, there is something for everyone.

For playing sport, Unisport is the go-to place. Once signed up (you pay a monthly fee), one can make use of their numerous gyms and play pretty much any sport from American football to judo. If you prefer watching sports, ice hockey is very popular. Jokerit ice hockey team’s 10,000 capacity stadium is nearly always full, the atmosphere electric, and you can even drink beer in the stadium: something you can’t do in Britain. Jokerit offer students cheap tickets for some matches (€8). Football too is gaining momentum. The Finnish national team is steadily improving and play at the Olympic Stadium. The Stadium is practically a historical artefact; it has barely been updated since 1954, shown by how fans sit on wooden benches rather than plastic seats! You can also catch all the Premier League games in pubs here.

Helsinki is a European culture capital, meaning there is an excellent selection of events throughout the year. The Helsinki International Film Festival is a moviegoers’ paradise, serving up a massive range of films for really low prices. It is also very prestigious, with directors and leading actors attending many of the premieres. For the hipsters among you, I recommend the Helsinki Design Market. It features a massive design stock sale. The clothes are top quality but expensive. Other things are for sale too, for instance I bought some great retro-style travel posters to brighten up my room and wooden Moomin postcards to send back home. SYÖ Helsinki! is also worth checking out. It is a two week long food festival where restaurants in Helsinki offer meals for €10. 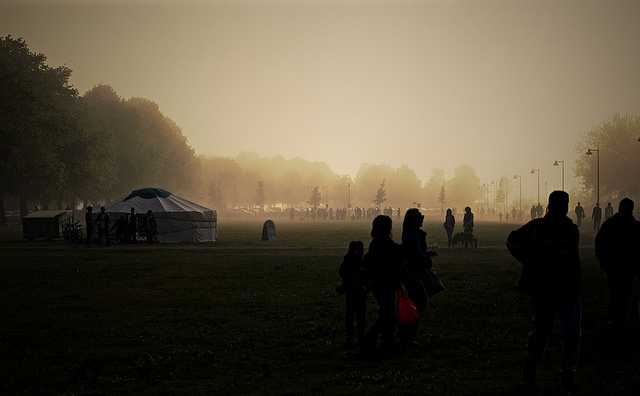 Whether you want to do catch up on some reading or meet up with friends, there are loads of cool places in Helsinki to relax. My personal favourite is Gaudeamus Kirja & Kahvi, an endearing combination of bookstore and coffee house. It is really cosy, with friendly staff, cheap refills and the most delicious cakes known to man! It can get really busy though, in which case consider Robert’s Coffee, which is basically the Starbucks of Finland.

Travelling is very cheap for students in Helsinki, with unlimited travel around Helsinki costing just €23 per month. You can get around by either tram, bus or train. They all run throughout the night, so getting home after a night out is never problematic. Tickets to other major towns in Finland (Tampere, Turku and Porvoo are all worth visiting) are also heavily discounted for students.

I would also recommend travelling to Tallinn. It takes two and a half hours on the ferry and tickets are incredibly cheap if you are prepared to hunt online (I got a return ferry ticket for just €5). The Tallinn Old Town is charming and photogenic whilst the remnants of the Soviet era are fascinating too. Further, alcohol in Tallinn is about a third of what is costs in Finland! Many Finns travel to Tallinn with empty suitcases solely to stock up on alcohol.

I personally did not bother to set up a bank account in Finland, instead opening a bank account with Metro before I left the UK. They were recommended to me by my university as there are no transaction or withdrawal fees when you use your card within Europe. Be warned that other British banks will charge, however. For instance, TSB will rip you off by mercilessly charging £1 for every purchase and 2.99% of the value of every withdrawal.

On the whole, Finland is an expensive country, for example the price of a pint in a pub is €5-7. The European Commission does, at least, recognise this; as Finland is classed as a ‘high cost of living country’, extra money is awarded for being an Erasmus student in Helsinki.

Helsinki is a great city to be a student in. There are tonnes of student events so it is easy to meet lots of new people. Moreover, there are heavily discounted student prices on everything from travel to food. For instance, at Unicafe it costs just €2.60 for a full meal, including a main dish, salad, drinks and bread. At UCL, that wouldn’t even get you a mediocre sandwich! Helsinki is also very well connected: places such as Stockholm, Amsterdam and Lapland are only a cheap flight away.

Furthermore, I don't think anybody can complain about there being nothing to do in Helsinki. The sheer variety and number of events means there is something for everyone. If you’re thinking about studying in Helsinki, my advice would be: go for it. Indeed, I know Finnish undergrads who have delayed graduating for as long as possible (they don’t rush you through the machine here in Finland) because student life is simply that good!